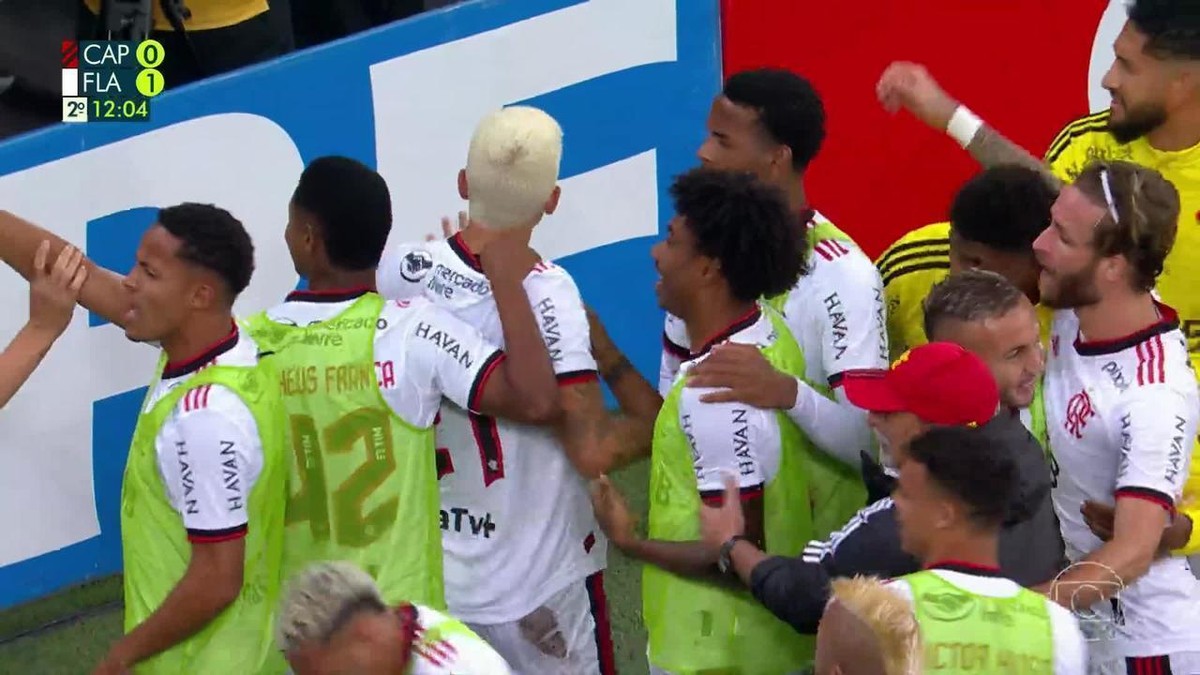 Flamengo beat Athletico-PR with a great goal, but not only the plasticity of Pedro’s bike deserves to be highlighted. The way he put the opponent in the circle for almost two minutes sums up how much Dorival Júnior managed to instill his style of play in the minds of his men.

+ Pedro reaches the 20th goal of the year and approaches the best mark for Flamengo
+ Athletico fans expel flamenguists from a restaurant after elimination; video

From the hands of goalkeeper Santos to the accurate finish of Pedro, Flamengo reached the goal in two acts, divided into a period of one minute and 42 seconds. First Arrascaeta stopped in great defense of Bento. Afterwards, the goalkeeper had nothing to do with the acrobatics of the red-black striker.

It is worth noting: all 11 Flamengo players had the ball in the aforementioned clipping.

In the 10th minute of the second half, Santos enters a deflection of Pablo with a header in the middle and starts playing with his hands on Filipe Luís’ left foot.

+ Analysis: classification shows a consolidated Flamengo in defense and inspired in attack

Filipe dominates and leaves for Vidal, who inverts to Fabrício Bruno. The defender plays for teammate Léo Pereira, a situation that makes the opposing first line of marking move from one side to the other.

Léo gives it to Filipe, who steps on the opponent’s field, shoots with seven touches on the ball and leaves a heel to Arrascaeta.

From the hands of Santos and all the feet of the 11 Flamengo players came Pedro’s goal — Photo: Marcelo Cortes/Flamengo

Vidal receives from the Uruguayan and gives it to Gabigol, who leaves from the right towards the center to play Pedro first. 21 makes the pivot and, with a heel strike, takes Pedro Henrique out of the fight.

Arrascaeta dominates, invades the area, gives one more touch and releases the bomb from the left. Bento flies to make a defense.

Second act: press on the right side, spinning team and the bike

Flamengo’s goal comes out in 54 seconds with very important participation from the sides. the team gives 44 touches on the ball and once again rotates it from right to left. Only Fabrício Bruno and Santos did not touch her during the play.

After Bento stops Arrascaeta, the ball is left on the left side of Athletico’s defense. Instead of putting Abner at ease, Rodinei puts pressure on the back line, forcing the Atletico left-back to dispatch the ball.

Still on the right, now it’s João Gomes who presses, gets ahead of Pablo and takes a shot at the ball. Gabigol returns first, and Gomes hands it to Everton Ribeiro, who begins to design the goal move with Rodinei.

The two would still exchange passes three more times until Pedro mended the bike. But, before that, with the defense of Athletico well posted by that sector, they turned the game to the left.

Fifteen seconds before the goal, Pedro leaves the area and plays for Filipe Luís, who positioned himself as a central midfielder throughout the plot. Filipe finds Gabigol, who misses the return attempt. Then the last touch of Athletico happens until the ball finds the net. Khelven cuts headfirst out of the box.

Vidal kills with great ease and leaves it to Gabigol, who at first gives it to João Gomes. The freedom found by Flamengo to keep the rebound generates irritation in the opposing crowd, who boo their own team.

Gomes gives a side pass to Rodinei, who receives with his left foot, turns with his right and touches Ribeiro. The 7 dominates with the right and stretches with the left.

Rodinei shoots and gets in between Matheus Felipe and Erick. Deep down, she crosses the first time, and everyone else already knows. 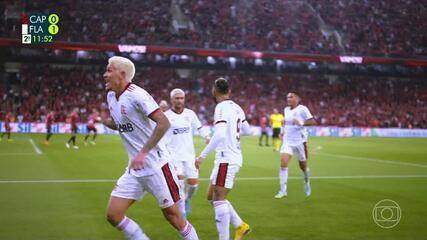 Goal by a very well trained Flamengo, who had the patience to move the ball from one side to the other and make the best decisions from the 10th minute to the 11th and 42nd minutes of the final stage.

A complex construction that sends away the argument of those who say that Dorival Júnior went to Flamengo to do the simple thing. Dorival, through a lot of repetition, made the complicated seem simple.

Check the sequence of the players and the number of touches of each on the ball until Arrascaeta finishes:

Check the sequence and number of touches on the ball in the goal: