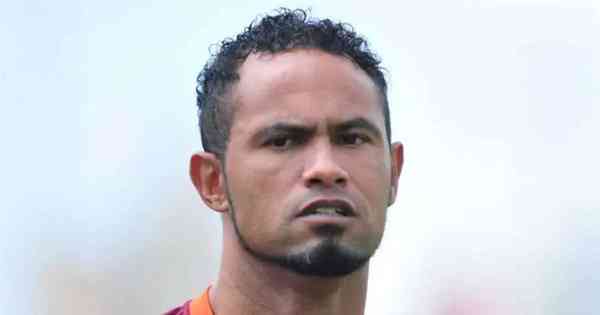 Last Thursday (11/8), the Justice of Cabo Frio, in Rio de Janeiro, ordered the arrest of former goalkeeper Bruno for the delay in the payment of alimony for his son with Eliza Samdio. Eliza’s mother, Snia Moura, spoke about the latest developments in the lawsuit live this Wednesday (17/8).

Bruno Fernandes is serving an open prison sentence for the murder of Eliza Samdio, in 2010, and owes R$90,000 in alimony to the 12-year-old son he had with the model. The amount referring to the delay of 3 years in the payment of 2 minimum wages per month, since January 2020.

In May, the Justice of Mato Grosso do Sul had also asked for Bruno’s arrest for the delay. Bruno’s defense filed a habeas corpus request with the Rio de Janeiro State Court, which was denied this Tuesday (8/17). Thus, the arrest warrant remains valid.

Snia, who is responsible for her grandson, participated in an Instagram live by Márcia Goldschmidt. She says that she received a deal from the former goalkeeper that she considered acceptable. “Within his possibilities [Bruno]who says he has no money, it would be a good situation for Bruninho,” he said.

The next day, according to the grandmother, another proposal was made. R$ 30 thousand would be paid and the rest would come later, in 12 installments. She didn’t accept. “Who can guarantee that he would fulfill this agreement? I didn’t have that guarantee. He could very well deposit the R$30,000 and then say ‘well, I paid the R$30,000, I won’t pay the rest, because then I wouldn’t get arrested,” he said.

She reaffirmed the importance of the payment of the pension as a right of the grandchild, provided for in the Statute of Children and Adolescents (ECA), in addition to the indemnification process for the death of the mother, which runs separately. “They say I’m taking revenge on Bruno. Taking revenge? I seek the rights he [Bruninho] have by law. revenge? the least,” she said.

Last Sunday (8/14), the former goalkeeper launched an online crowdfunding campaign to raise the amount needed to pay his son’s pension and avoid his arrest. With 197 supporters, BRL 19,439.00 was raised – around 20% of the BRL 90,000 goal. The former goalkeeper also announces a Pix to receive donations, whose value is in the public.

Bruno also announced shirt raffles from when he played for Flamengo. One of the shirts from the commemorative edition of his 200 games for the club and has autographs from the 2009 players. Each raffle costs R$30. Two other shirts are raffled for R$50.

Asked about the crowdfunding, Snia criticized the use of her grandson’s name, Bruninho, in the campaign. “His responsibility comes from years, he knew that at some point he could be arrested. Let’s see if they will account for it, what they will do if there is more money, if they will close this crowdfunding when it reaches the objective, or will continue.”

Currently, Bruno plays for Atltico Carioca, from So Gonalo, and in February this year he even set up a steel shop in So Pedro da Aldeia, a neighboring city to Cabo Frio. He has three other daughters and is married.

*Intern under the supervision of sub-editor Diogo Finelli.

The selection of Senegal upset the odds (and the stakes), defeated the Ecuador 2-1 and …