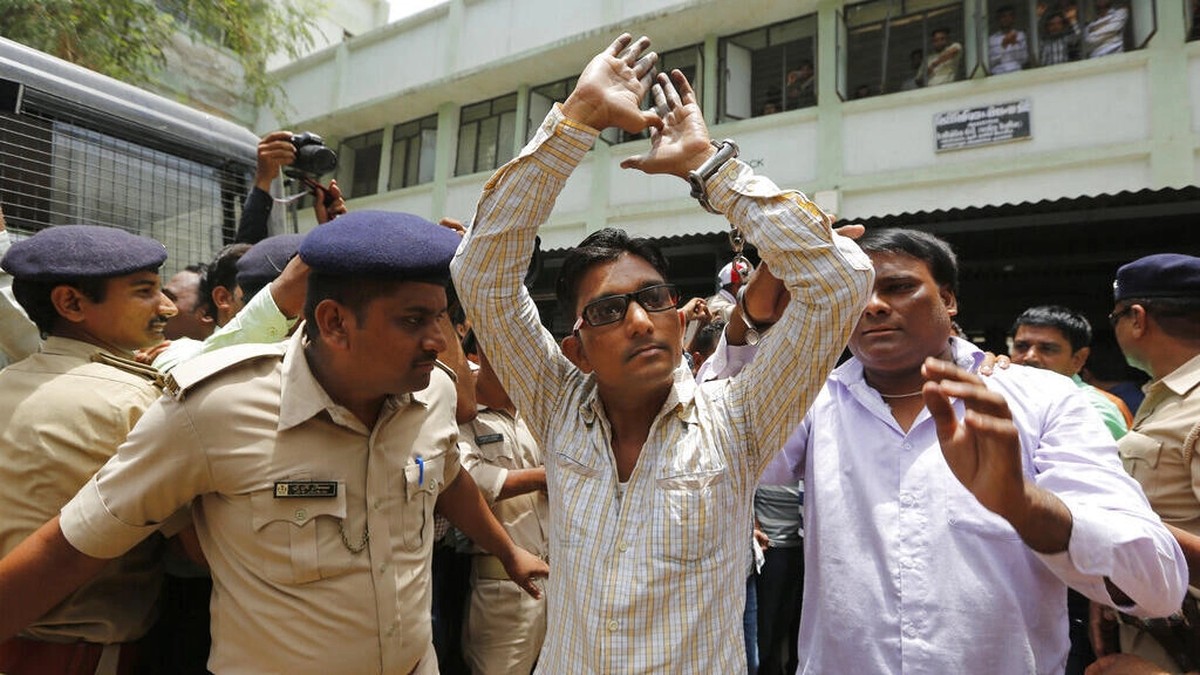 The release of 11 rapists and murderers sentenced to life in prison arouses strong outrage in India. The country’s government decided to award some prisoners on the occasion of the 75th anniversary of Indian independence, celebrated on Monday (15).

The video of the moment when the group is freed has gone viral on Indian social media. Lined up outside Panchmahals Prison in the western state of Gujarat, they are given a candy before they can leave. The oldest member of the gang has his feet touched by a man, a sign of respect in the country.

Hours later, the demonstrations multiplied on the internet. “Twenty years ago, Bilkis Bano was five months pregnant when she was raped by her neighbors, her three-year-old daughter was taken from her and killed, like seven other members of her family. Today, 1.3 billion people watch the rapists be freed. At 75 years old, India is the republic of injustice”, says an internet user on Twitter.

The indignation of the Indians lives up to the promises made by the government. In a televised speech on Monday, Prime Minister Narendra Modi called for “an end to the humiliation of women” and pledged to fight sexual assault. Hours later, the eleven men sentenced to life in prison for the gang rape of Muslim Bilkis Bano and the murder of 14 members of her family left detention.

Bilkis Bano, 19 years old at the time and five months pregnant, survived the attacks, but lost her baby, as well as her three-year-old daughter, kidnapped and killed by the gang. The case took place in 2002, during a Hindu uprising in the state of Gujarat, which left more than a thousand dead, most of them Muslims. At the time, Modi was one of the local ministers, ruled to this day by representatives of his ultranationalist Bharatiya Janata party.

Opponents of the Indian prime minister are demanding that the state of Gujarat review its decision and re-detain the gang members. “This is the new India: murderers and rapists are freed and activists are arrested,” tweeted the country’s Communist Party.

The state government says the group’s release is unrelated to the national government’s promises to protect women. The arrest of Panchmahals also indicated that the gang members could be released after nearly 15 years spent in detention and their “good behavior”.

In recent years, the country’s justice has sentenced dozens of people involved in the uprising, considered one of the worst religiously motivated in India. However, recently, several accused have been released, despite protests from the population and opposition parties.

Bilkis Bano has become a symbol of the struggle of Indian women against violence and sexual assault, commonplace in the country. “She can’t believe her attackers have been released. She cried a lot and spent hours in a state of bewilderment,” her husband Yakub Rasool told local media. “We are shocked and terrified,” she pointed out.

Previous Midjourney: artificial intelligence in game creation
Next Jumanji: Will The Rock star in his third film in the franchise? Karen Gillan has the answer – Movie News