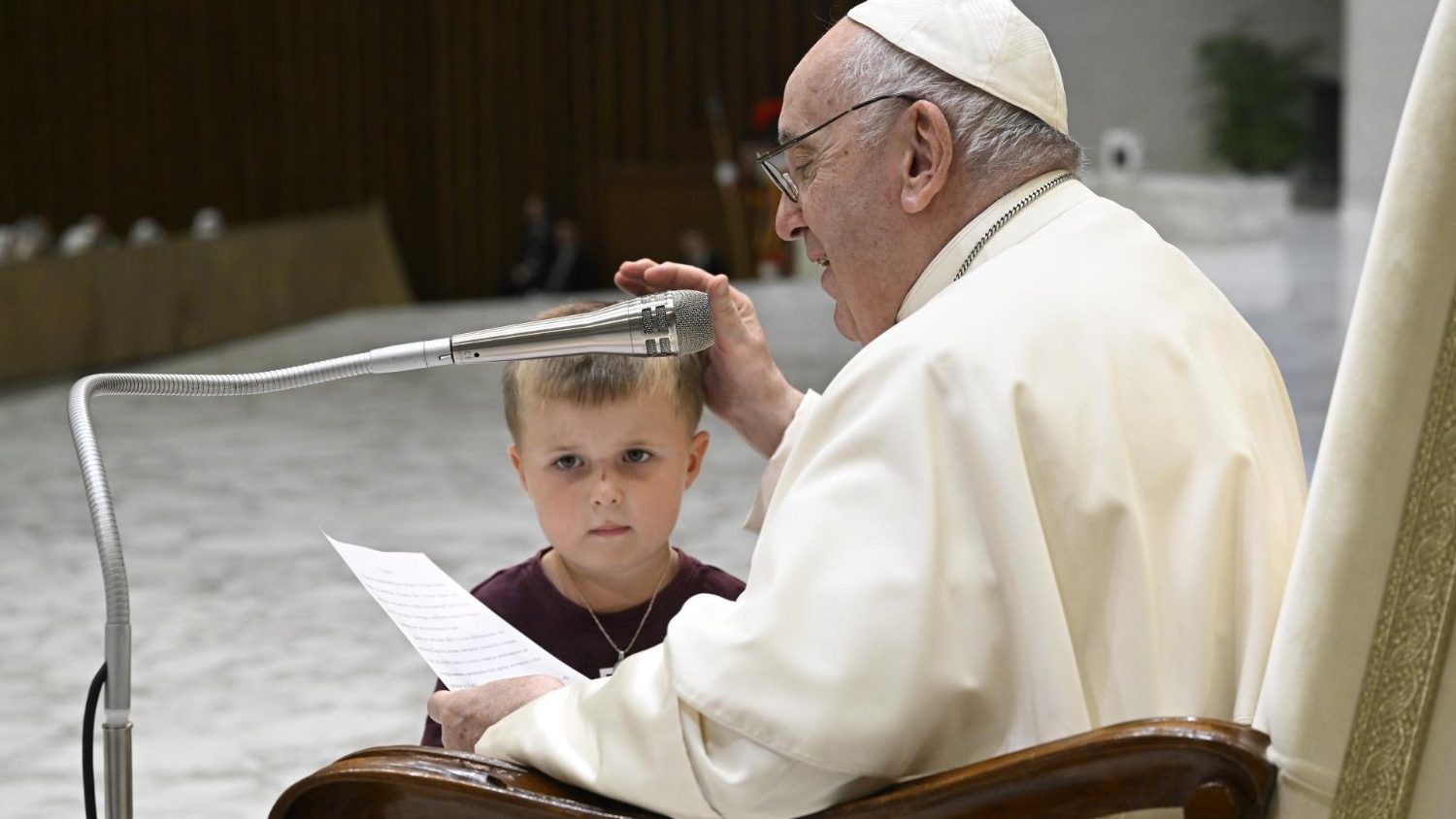 Pope: The alliance of the elderly and children will save the human family

“To bear witness to faith in front of a child is to sow that life, to bear witness to humanity and faith is the vocation of the elderly. To give children the reality that they have lived as a witness, to bear witness. to bear witness, so that they will carry you forward.” Wisdom, elderly people with their credible witness to children, to whom the image of a God with white hair must not be dismissed, which is not a silly symbol, but a biblical, noble and tender image.

“The testimony of the elderly is credible for children: young people and adults are not able to make it as authentic, as tender, as poignant, as the elderly can.”

These are the latest catechesis on old age, as announced by the Pope at the General Audience last Wednesday. And in today’s, Francis in an almost poetic way spoke of this alliance between the elderly and children, an alliance that will save the human family.

Its inspiration is the words of the prophetic dream of Daniel which evoke a mysterious and at the same time splendid vision of God, and which are taken up again in the Book of Revelation and refer to the Risen Jesus, who appears to the Seer as Messiah, Priest and King, eternal , omniscient and immutable, and says to him: “Fear not! I am the First and the Last, and he who lives. For I was dead, and here I am alive again for ever and ever. ” So – said the Pope – the last barrier of fear and anguish that theophany has always awakened disappears: what lives reassures us:

In this intertwining of symbols there is an aspect that perhaps helps us to better understand the connection of this theophany with the cycle of life, the time of history, the lordship of God over the created world. And this aspect has to do precisely with old age.

Indeed, he explained, “the sight conveys an impression of vigor and strength, nobility, beauty and charm. The dress, the eyes, the voice, the feet, everything is splendid. His hair, however, is candid: like wool, like snow. Like an old man’s.”

The most common biblical term to indicate elder – he added – is “zaqen”: in “zaqan”, meaning “beard”:

White hair is the ancient symbol of a very long time, of an immemorial past, of an eternal existence. We must not demystify everything for children: the image of an elderly God with white hair is not a silly symbol, it is a biblical image, noble and also tender. The figure that in the Apocalypse is among the golden candlesticks overlaps that of the “Ancient of days” of Daniel’s prophecy. He is old as all mankind, and even older. He is old and new like the eternity of God.

The Holy Father recalls that in the Eastern Churches, the Feast of the Presentation of the Lord, celebrated on February 2, is one of the twelve great feasts of the liturgical year. It highlights the encounter between humanity, represented by the elderly Simeon and Anna, with Christ, the Lord, the eternal Son of God made man. “A beautiful icon of him can be admired in Rome in the mosaics of Santa Maria in Trastevere“.

In the Byzantine liturgy, the bishop prays with Simeon: ‘This is the One born of the Virgin: he is the Word, God of God, the One who became flesh for us and saved man’. And he continues: “May the door of heaven be opened today: the eternal Word of the Father, having assumed a temporal principle, without leaving his divinity, is presented by his will to the temple of the Law by the Virgin Mother, and the elder takes him in his arms”.

The Pope also recalls the words that the bishop prays with Simeon in the Byzantine liturgy, words that express the profession of faith of the first four Ecumenical Councils, which are sacred to all Churches. But – he added – “Simeon’s gesture is also the most beautiful icon of the special vocation of old age: to present the children who come into the world as an uninterrupted gift from God, knowing that one of them is the Son generated in the very intimacy of God, before all ages“:

Thus, old age, headed towards a world in which the love that God placed in Creation will finally be able to radiate, without obstacles, must perform this gesture of Simeon and Anna, before leaving:

And the testimony of the elderly – he stressed – is credible for children: “young people and adults are not able to make it as authentic, as tender, as poignant, as the elderly can”:

When the elderly person blesses the life that comes their way, putting aside all resentment for the life that is leaving, it is irresistible. He is not bitter because time passes and he is about to leave, no. It is with that joy of good wine, of wine that has grown good over the years. The testimony of the elderly unites the ages of life and the very dimensions of time: past, present and future, because they are not the memory, they are the present and also the promise. It is painful – and harmful – to see that the ages of life are conceived as worlds apart, in competition with each other, each trying to live at the expense of the other. And this is not right. Humanity is old, very old, if we look at clock time. But the Son of God, who was born of a woman, is the First and the Last of all time. This means that no one is left out of his eternal generation, out of his wonderful strength, out of his loving closeness.

Then, from Francis himself, an equally prophetic statement: “The alliance of the elderly and children will save the human family”:

Previous NVIDIA and AMD will significantly reduce the price of some video cards
Next 4 slashers for those who liked “Pretty Little Liars: A New Sin”