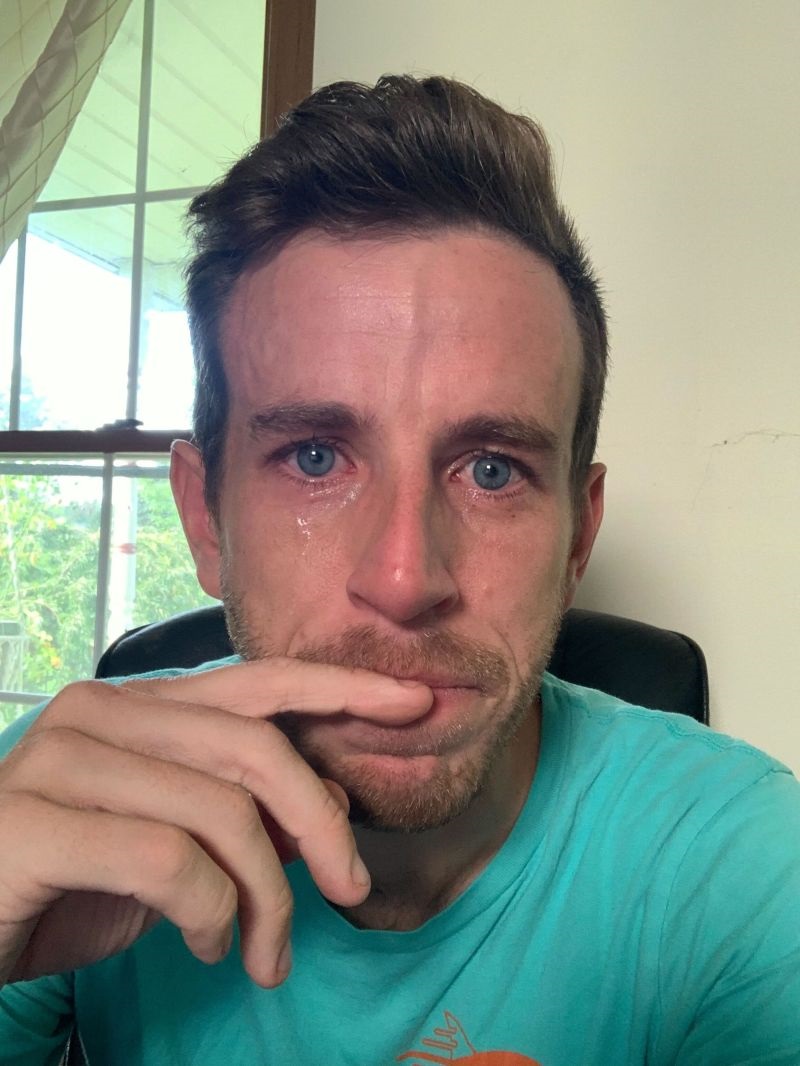 The CEO of startup HiperSocial, Braden Wallake, went viral on LinkedIn after posting a selfie crying and a text in which he said he was guilty after firing two employees at his company and that “I just wanted people to see that not every CEO out there is insensitive and doesn’t care when he/she has to fire people.”

“I know it’s unprofessional to tell my employees I love them. But from the bottom of my heart, I hope they know how much I love them. Each one. Every story. Every thing that makes them smile and every thing that makes them cry,” Wallake said. He was praised by some users on the social network, but the “backfire”, and the repercussion was much more negative than positive.

“Wallake wanted everyone to know that CEOs are human too. They hurt and feel pain like mere mortals. So he took a crying selfie and posted it on LinkedIn, along with an inspirational message about what a nice guy he was. The Guardian.

He then went on to respond to people in the comments of the social network. “I have decided to completely stop running the company so I can respond to the comments on my post,” Wallake wrote to one person. “The deal is not closed. We still have 15 employees,” said the other. “I already cut my salary. Don’t worry,” replied a third.

According to the Guardian, the “Crying CEO” is 32 years old and has laid off 2 of the 17 employees at HyperSocial, his marketing agency. Mahdawi used the case to claim that LinkedIn “has become a cesspool of toxic positivity and a temple to cringe.”

“People make fools of themselves on the internet every day. The reason this particular content has garnered so much attention is that Wallake’s performative empathy is a perfect encapsulation of everything that’s irritating about LinkedIn and, by extension, everything that’s wrong with corporate culture,” says Mahdawi.

Read Braden Wallake’s full statement on LinkedIn here and a free translation of the text below:

“This will be the most vulnerable thing I’m going to share. I went back and forth wondering whether to post this or not. We had to lay off some of our employees. I’ve seen a lot of layoffs over the last few weeks on LinkedIn. Most were due to the economy or some other reason.

I made a decision in February and I was stuck with that decision for a long time. Now I know my team is going to say “we made this decision together”, but I drove us to it. And because of those flaws, I had to do the hardest thing I’ve ever had to do today.

We have always been a business that puts people first. And we always will be. On days like today, I’d like to be a money-driven entrepreneur who doesn’t care who I’ve hurt along the way.

But I’m not. I just want people to see that not every CEO out there is insensitive and doesn’t care when he/she has to fire people. I’m sure there are hundreds and thousands of others like me. The ones you don’t see spoken about. Because they didn’t lay off 50, 500 or 5,000 employees.

I’ve always hired people based on who they are as a person. People with big hearts and big souls. And I can’t think of a lesser moment than this.”

Previous Yuri Alberto details the situation with the president and praises Corinthians fans: ‘It causes pressure on the opponent’
Next Copilot who jumped out of plane was ‘upset’ for having damaged his landing gear