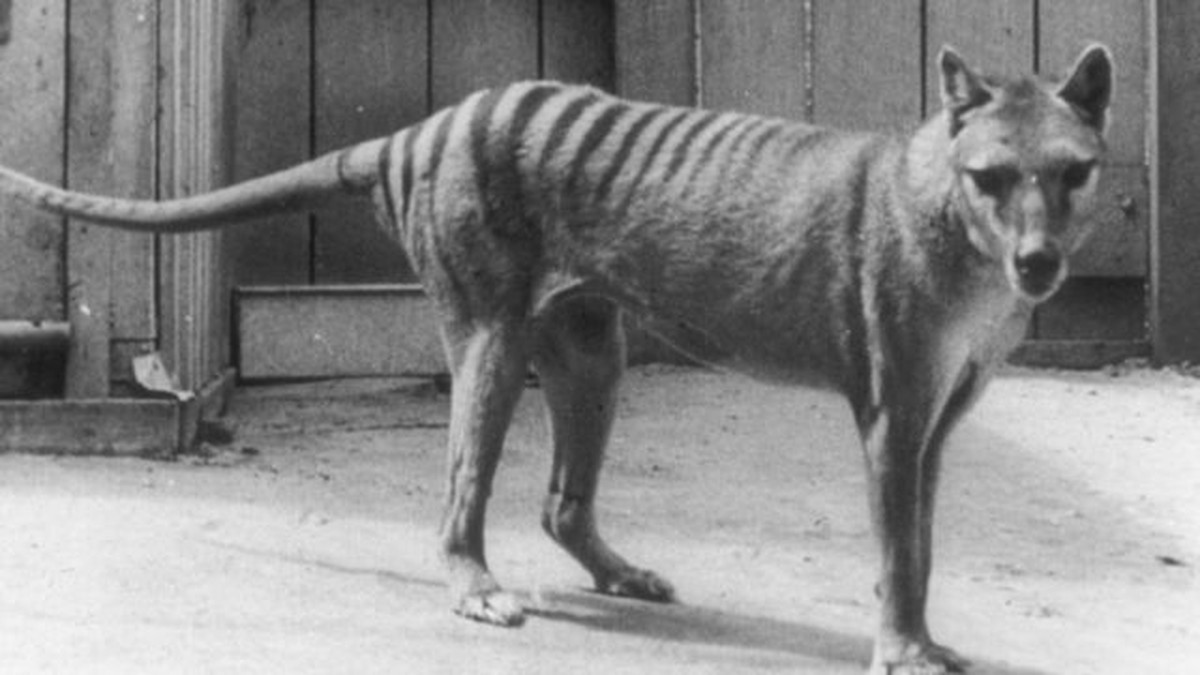 Researchers in Australia and the US are embarking on a multi-million dollar project to bring back the extinct thylacine (Thylacinus cynocephalus), also known as the Tasmanian tiger or Tasmanian wolf.

The last known specimen of this carnivorous marsupial species died in the 1930s.

The team behind the project claims it can be recreated using stem cells and gene-editing technology — and the first thylacine could be reintroduced into the wild in 10 years.

Other experts are skeptical, however, and suggest that de-extinction is just science fiction.

The thylacine was nicknamed the Tasmanian tiger for the stripes on its back — but it was actually a marsupial, the type of Australian mammal that raises its young in a pouch.

The group of Australian and American scientists plans to take stem cells from a living marsupial species with similar DNA and then use gene-editing technology to “bring back” the extinct species — or something very close to it.

It would represent a remarkable achievement for researchers trying to do this, and it would require a series of scientific breakthroughs.

“I now believe that in 10 years we may have our first live thylacine calf since they were hunted to extinction about a century ago,” says Professor Andrew Pask, who leads the research at the University of Melbourne in Australia.

The Tasmanian tiger population declined when humans arrived in Australia tens of thousands of years ago, and again when dingoes — a species of wild dog — appeared.

In the end, the marsupial only roamed freely on the island of Tasmania and ended up being hunted to extinction.

The last Tasmanian tiger in captivity died in 1936 at the Hobart Zoo in Australia.

If scientists manage to revive the animal, it will be the first “de-extinction” event in history, but many experts outside the project doubt the science behind it.

According to him, the project is “more about media attention to scientists and less about doing serious science.”

The idea of ​​bringing back the Tasmanian tiger has been around for over 20 years.

In 1999, the Australian Museum began carrying out a project to clone the animal, and several attempts have been made periodically since then to extract or reconstruct viable DNA from samples.

This latest project is a partnership between scientists from the University of Melbourne and the Texas-based company Colossal, USA.

The US company made headlines last year with its plans to use similar gene-editing technology to bring the woolly mammoth back to life — a technological feat yet to be accomplished.

This text was originally published in https://www.bbc.com/portuguese/geral-62574142

Previous Botafogo renews with Cuesta until the end of 2023 | botafogo
Next Corinthians performances: Yuri Alberto decides with three goals; Renato and Róger call the game | Corinthians