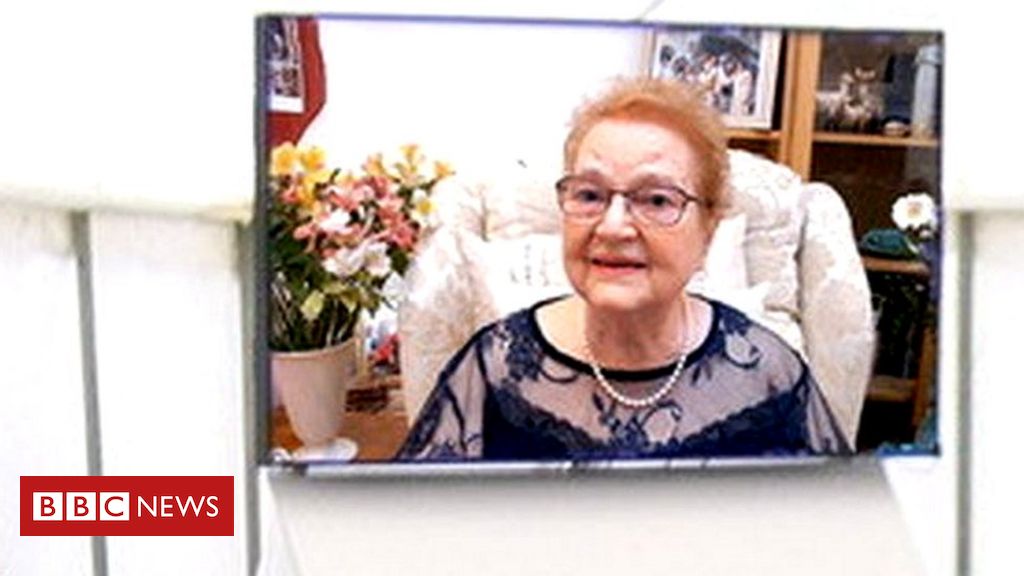 Activist Marina Smith, who worked in Holocaust education, died in June at age 87. A few days later, however, her family and friends could see her answering questions about her life-at her own wake-thanks to a technology created by her son.

Stephen Smith said his company’s video tool, StoryFile, allowed his mother to be “present, in a way” during the ceremony.

He explains that the technology allows for a video conversation with a person who has already died – and he “responds as if he were there”.

Smith says technology has brought into conversation the aspects of her mother’s life that were most important to her and the people who loved her most. And the words used were actually his mother’s lines, not a text created by artificial intelligence.

To make the video, the person must make a recording before dying, answering numerous questions about their life.

Later, after death, an artificial intelligence system selects the appropriate clips to play in response to questions from people watching the video, and the person appears to listen and respond – in something the company called “conversational video”.

Rollo Carpenter, who created the CleverBot chatbot – and has no connection to Smith’s company – claims that the video chat system works differently, without trying to build your own responses or using artificial intelligence to create new responses.

“It’s just selecting from a pre-recorded set of playable sequences,” he says.

Marina Smith was one of the co-founders of the National Holocaust Center in Nottinghamshire, UK, where she ran a Holocaust education program. In 2005, she was awarded an order of chivalry given by British royalty for her work.

StoryFile’s founders came up with the idea for conversational video while working on creating interactive holograms of Holocaust survivors for the USC Shoah foundation.

The company sees a wide range of potential business applications for the technology, from customer service to sales.

The company has also encouraged some celebrities to document their careers using technology, including actor William Shatner, known for his role as Captain Kirk on the Star Trek series. You can interact with the video on the company’s website.

‘Virtual version of me’

Looking to the future, Smith envisions a world where people continually document their lives, suggesting that users can “talk to their 18-year-old self when they’re 50, or introduce their kids to their 16-year-old self.”

The idea that in the future artificial intelligence could be used to create virtual versions of dead people has been around for some time. The topic was addressed, for example, in an episode of the Black Mirror series.

But Smith explains that this is not what his technology does and rejects the idea. “Everything about us is absolutely unique. There’s no way you can create a version of me.”

The outcome could be even worse if other people believed that the deceased actually spoke those words while he was alive.

Meta said the robot is a prototype created for research purposes. The company also stated that users were warned that the program might say things it ideally shouldn’t.

Previous BlueBenx speaks out about blocked withdrawals; money will be returned from 2023 – Money Times
Next What is the crime thriller The Informer on Netflix about?