This style is not often seen on the beaches and on social media, but it is ideal for those who like a touch of color.

Many trends come and go, while others never capture the majority of the public. This is the case of the gradient, namely in the garments. Despite not being a big trend, it has some dedicated followers, such as influencer Liliana Filipa, who wore a Calzedonia bikini with this style during a visit to Sesimbra.

The history of that multicolored pattern dates back to the 19th century, when it was used in different textiles — as it is today. Despite not being very popular, it has already conquered some celebrities. In 2015, Taylor Swift wore a dress to the Grammys whose color gradually changed from navy blue to a darker one. In the same year, actress Lily Collins opted for something identical, changing only the chosen shades – which were a little more dramatic and dark. Sandra Bullock, Salma Hayek and Julianne Moore were other women who were surrendered to that effect.

It is true that it is not the most famous option when it comes to clothing, but it is one of the most popular approaches when it comes to hair. Ombré is a hair painting technique that began to spread among women in the 2000s, thanks to artist Aaliyah, who came up with hair that was darker at the roots and lighter at the ends. Since then, Britney Spears, Alexa Chung, Vanessa Hudgens, Beyoncé and Jared Leto have already opted for this option.

Over the years, hairstyles have evolved, moving away from the more natural looks. These days, gradients come in many shades. You can fade from purple to pink, blue to blonde, among many other color combinations. 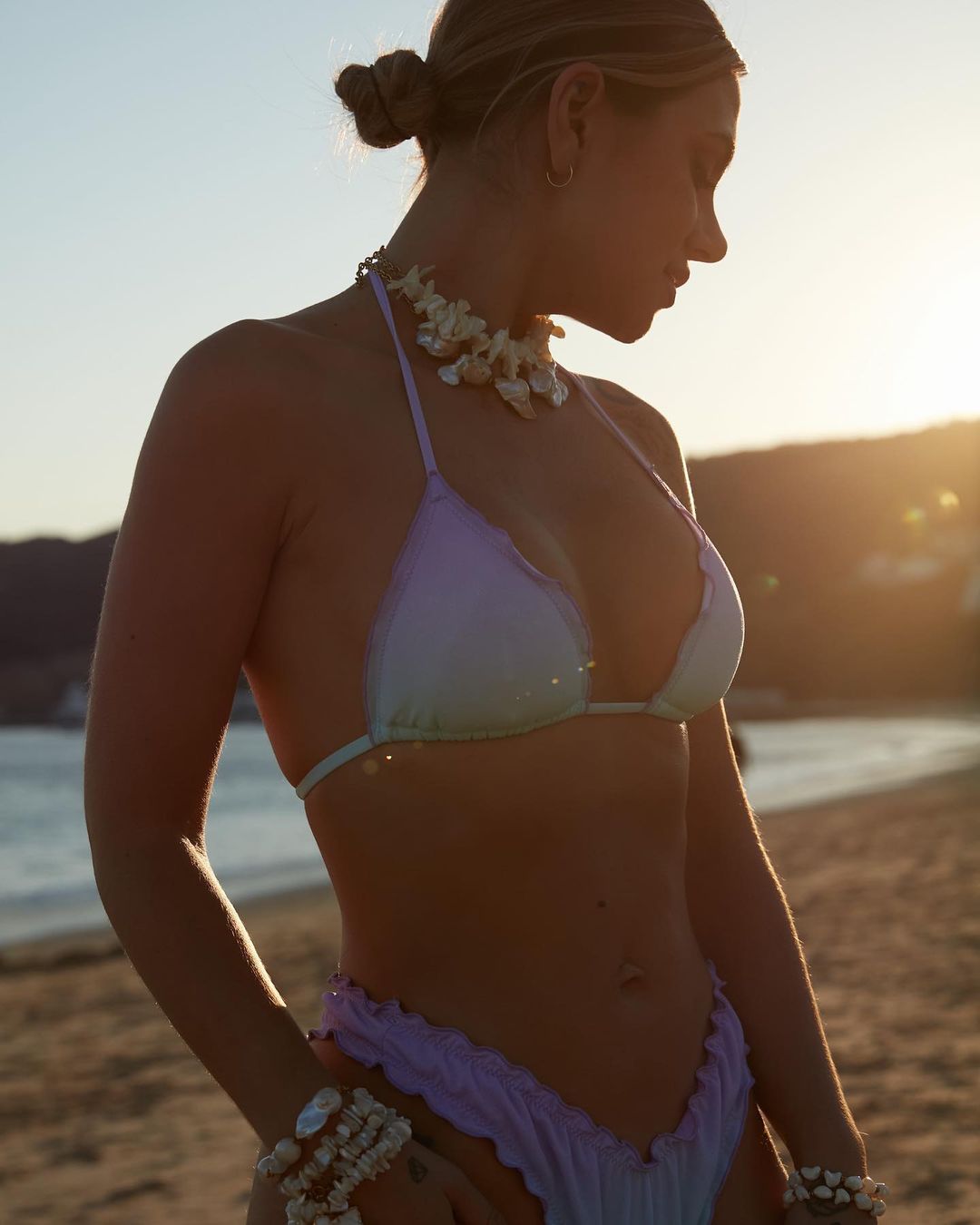 The bikini worn by the Portuguese influencer changes from a faded lilac to a navy blue, making it a perfect proposal for the beach. The top has a triangular shape with slightly padded cups, which provide a natural effect and additional comfort. Both pieces of the set have wavy edges.

Click on the gallery and discover the bikinis of other Portuguese celebrities and influencers that have been all the rage during the summer. 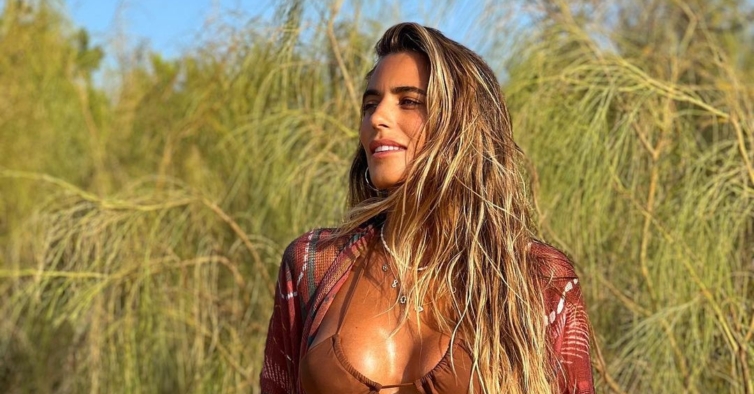 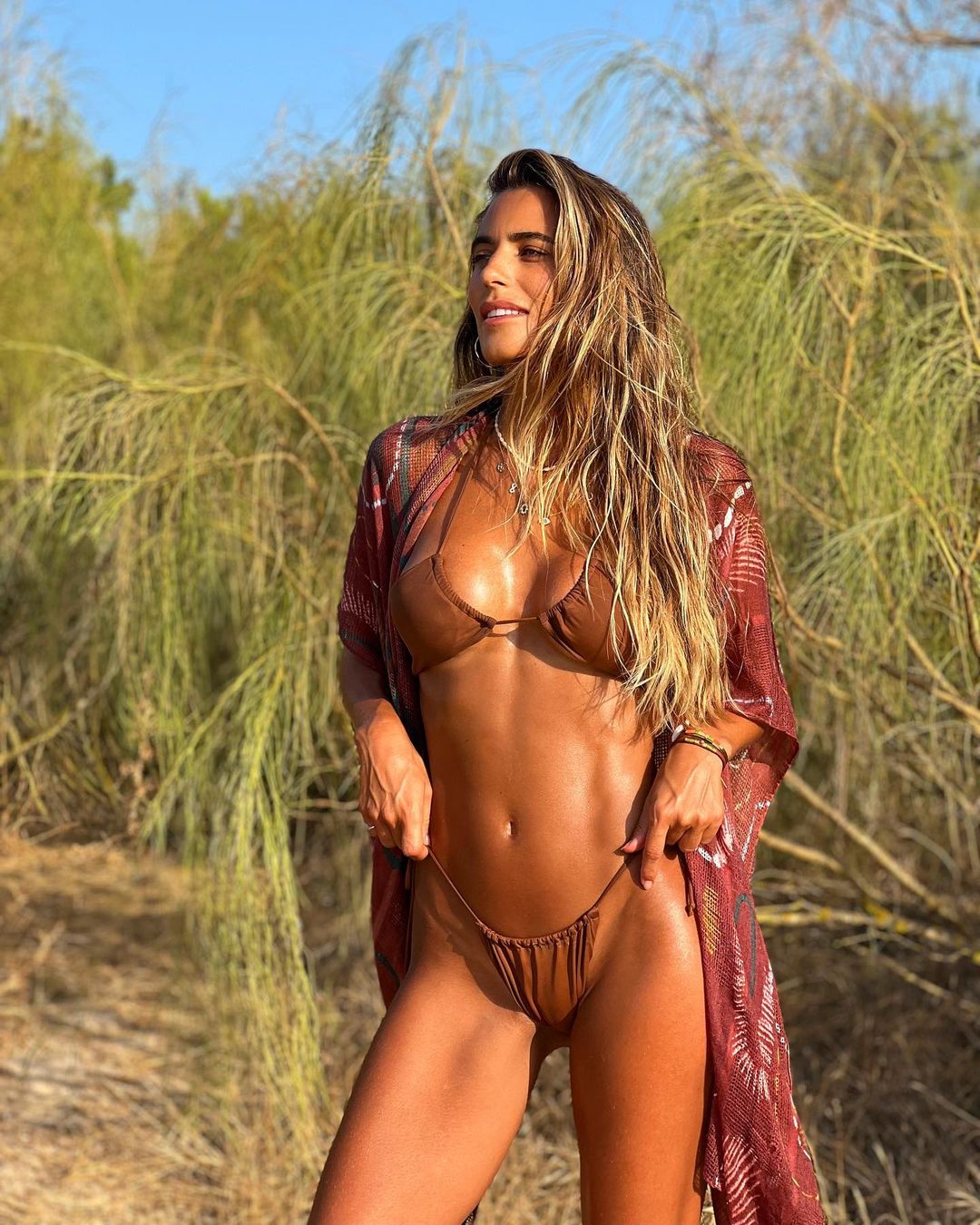