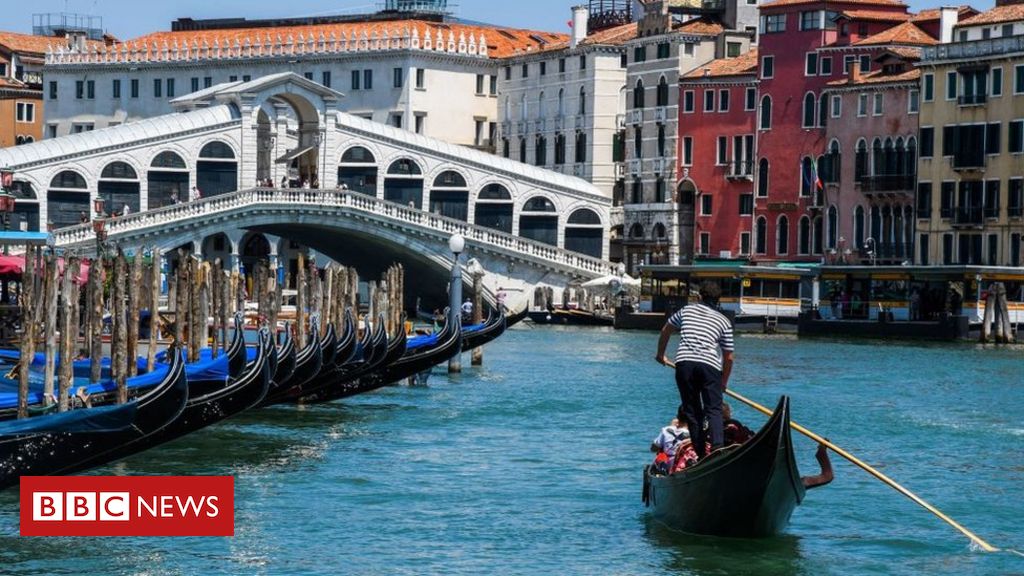 The surfers who aroused the ire of the mayor of Venice

Venice Mayor Luigi Brugnaro offered a free dinner to anyone who identified the pair and demanded punishment for them.

Local press reports that the two people were located and fined.

O wing surfing is a water sport that consists of surfing with a board that has a large keel — it is powered by the wind and developed from the kitesurfing, windsurfing and surf. They usually have built-in electric thrusters.

Surfing, along with other sports such as stand up paddle or canoeing is prohibited on the Grand Canal in Venice.

But that didn’t stop the two watersports enthusiasts from cruising around on boards through the historic center of town.

In recordings posted on the internet, the two are seen surfing on their electric boards as people watch from nearby boats.

One of the surfers appears to be taking pictures with his cell phone before falling into the water.

After the videos provoked criticism from online users, the mayor of Venice echoed the comments, saying the pair had mocked the city and should be identified.

“For those who have seen them, I host dinner,” he wrote in a tweet calling them “boasty idiots.”

A police investigation was opened and Brugnaro later wrote on Twitter that the two had been identified.

However, he didn’t mention anything about dinner.

The two athletes’ boards, valued at around US$25,000, were confiscated, local newspaper Il Gazettino reported. In addition, both were fined for endangering the safety of navigation on the canal and were expelled from Venice.

They could face criminal prosecution for having damaged the city’s image.