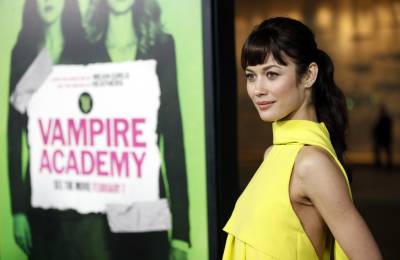 On the Serie Vampire Academy, viewers will follow the story of Rose and Lissa, a pair of powerful and inseparable young vampires. Together they defy the rigid impositions of their society, which is plunged into an eternal war between groups of vampires.

The cast consists of Kieron Moore, Andre Dae Kim and J. August Richards with screenplays by Julie Plec of The Vampire Diaries and Marguerite MacIntyre of The Originals.

The premiere is scheduled for September 15 in the US, by streaming Peacock. In Brazil, there is still no release date. the book saga Vampire Academy consists of six works, released between 2007 and 2010, The story was already adapted for the cinema, in 2014, with Zoey Deutch and Lucy Fry in the cast, but was poorly received by fans and critics. The film grossed just $15 million at the worldwide box office, wiping out any chances for a sequel.

Previous Cat saves owner’s life by waking her up from heart attack at dawn
Next From Santos’ hands to Pedro’s bicycle: Flamengo puts Athletico on the wheel in almost two minutes; see | Flamengo