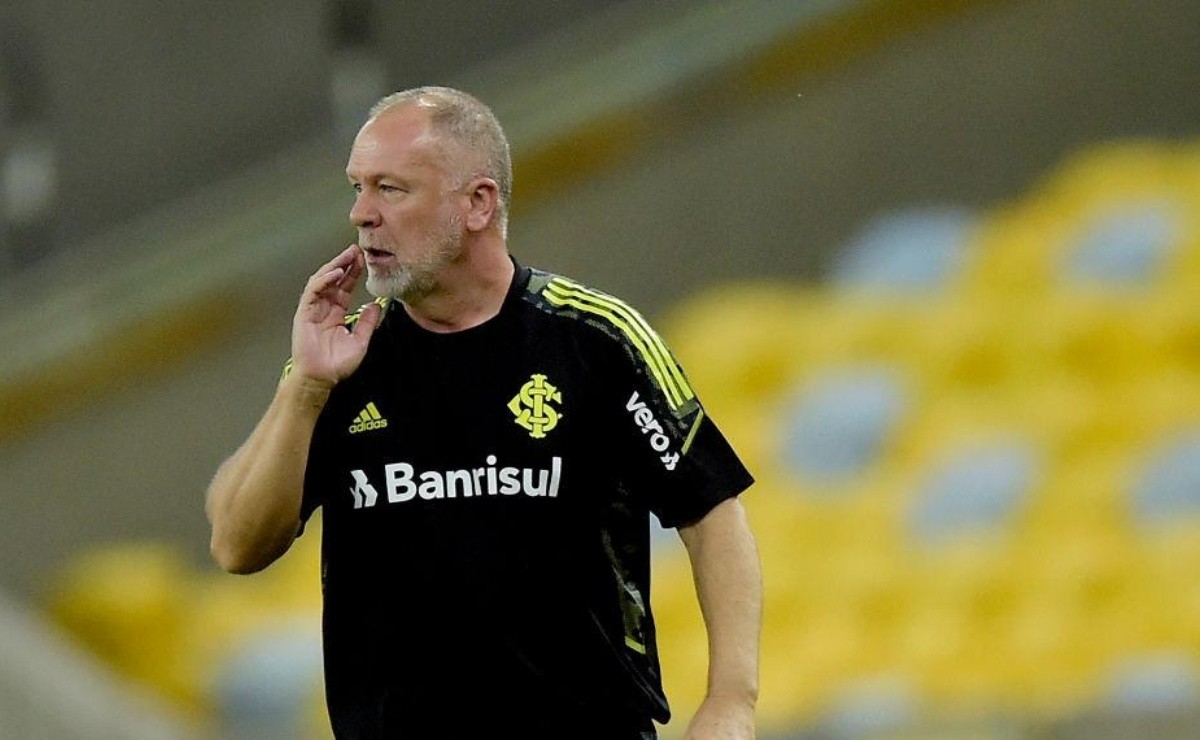 “A professional who…”; Mano Menezes goes against Jorginho and Cuca, says what he thinks of Abel and passes on a recipe for ‘success’

In participation in the Today Sim Podcast, the Internacional coach came out in defense of the Palmeirense commander, who has been criticized by Cuca and Jorginho

Coach Abel Ferreira has been criticized by at least two Brazilian football coaches. Although he has told his representatives and also members of the Palmeiras coaching staff that he will not respond to Cuca and Jorginho’s attacks to focus on the final stretch of the season, the Portuguese is quite uncomfortable with what they are saying about him in recent days.

Who has come out in defense of the Portuguese coach are the commentators and some TV presenters. But this Friday morning (19), Abel gained the support of a professional colleague: Mano Menezes. The gaucho, who has already played for Palmeiras in 2019, participated in the Hoje Sim Podcast, praised the way the Portuguese manages his team and approved the style of play adopted by the Palmeirense coach.

“Without comparing, I like what Palmeiras do Abel does better, for my style of watching football, to understand how a team should behave, how it should structure itself as a team”said Mano, who continued not only defending Abel, but also the victorious cycle of Verdão. “To quote a team in Brazil, I think that everything that is happening with Palmeiras is very fair for everything that is done both as a club and as a construction”evaluated Mano, who explained the reasons why Palestra has been a protagonist.

“Palmeiras Primeiro hired the main highlights of Brazil, young highlights, who at first were not yet formed for all this ambition, but matured there”, stated Mano who once again praised Abel. “The work was always being more and more incremented. And he received a professional who is doing an excellent job as a coach”finished.