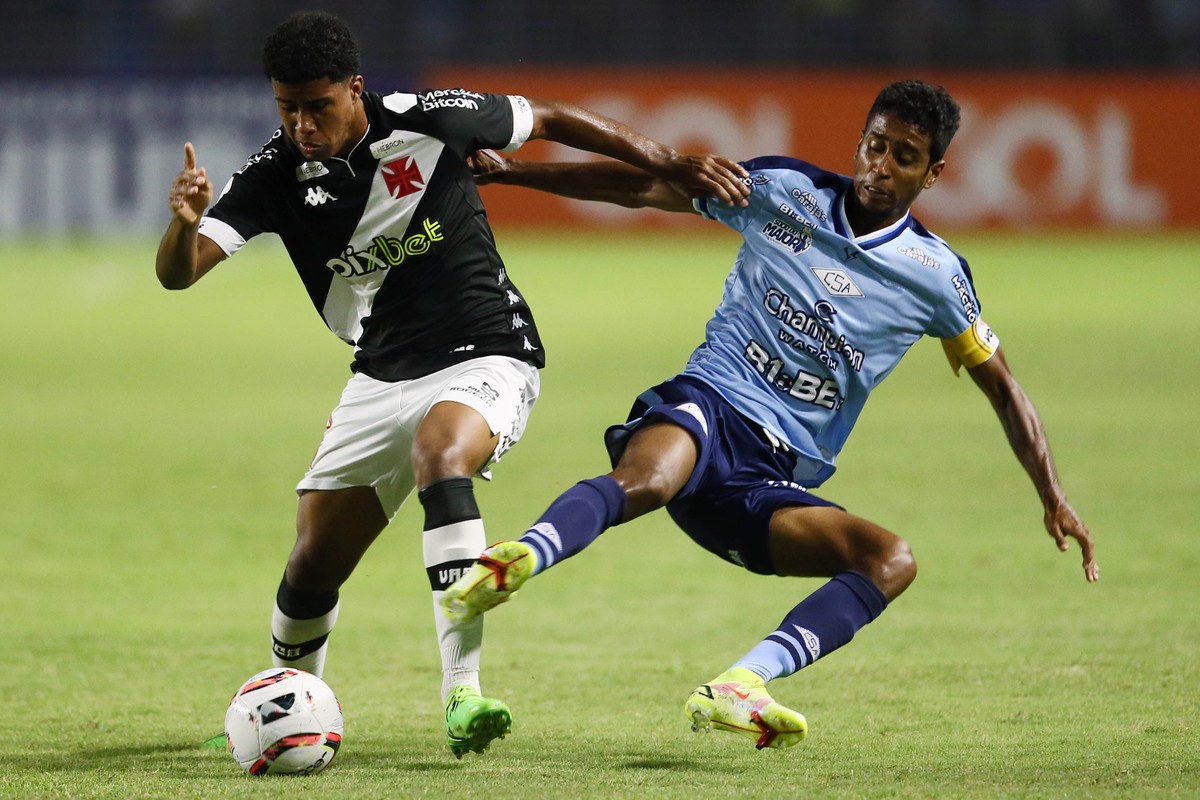 Vasco suffered, last Wednesday night, its fourth consecutive defeat away from home in Serie B. 2-0 setback for CSA, at the Rei Pelé Stadium, was one of the worst, if not the worst, game of the team in the competition. The goal conceded in the first minute helps to explain the poor performance in Maceió.

Individual mistakes resulted in defeat, but the collective performance left much to be desired. Vasco was a disorganized team, with no power of reaction and easily involved by CSA, which momentarily left the relegation zone with the victory.

A phantom of last season, the defensive aerial ball insists on haunting Vasco da Gama and became a problem again in the last games of Serie B. And CSA’s strategy of exploiting this weak point of the Carioca team worked on the first move, in a corner kick that ended with Lucão’s goal. In this bid, the individual error was made by Figueiredo, who did not accompany the opposing defender. But Edimar hesitated before giving up an unnecessary corner.

In Serie B, nine of the 18 goals conceded so far by Vasco came in the air.

If in the victory over Tombense, the early goal favorable to Vasco conditioned the match, the same happened in Maceió, only with the opposite effect. Nervousness prevented the team from putting the ball on the ground, and Vasco missed practically everything he tried.

+ Nenê criticizes performance as a visitor: “It can’t be so irregular”

The most absurd mistake happened in the 24th minute of the first half, when Danilo Boza could not control an easy ball in the defense and made life easier for Lucas Barcelos, who touched the exit of Thiago Rodrigues to make it 2-0. The goalkeeper was even slow to leave goal, but he is the least responsible for the result – he made five saves, two of which were considered difficult.

Amazingly, Vasco has already missed Marlon Gomes, even though the young midfielder has only played two games as a starter in the professional team – he was injured in the victory over Tombense, in the last round. Andrey did not enter the game either. And the thinking duo, Nenê and Alex Teixeira, appeared very little. Shirt 10 was the one who most missed passes with the Vasco shirt.

Lost on the field, Vasco did not decide whether to lower or raise the marking and started to leave a hole in the field for CSA to play. The team from Maceió crushed in the first half, and the second stage did not bring any speck of hope for the Vasco da Gama, who saw an unbalanced team that repeated the same mistakes on the field.

+ Performances: see who was good and who was bad 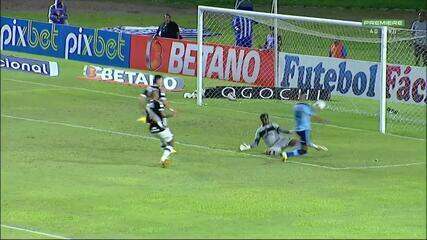 Without an offensive strategy and with a lot of difficulty putting the ball on the ground, largely due to the bad performances of Andrey, Nenê and Alex Teixeira, Vasco only presented one resource when he got to the front: the crosses to the area. It came to nothing. Raniel, for example, left the field without a single submission. And the replacements of Emílio Faro, with Bruno Tubarão and Eguinaldo, made it even more difficult to explore this artifice. It was a game for Fabio Gomes to enter first.

Vasco’s construction moments were rare. The team could not bring any danger to goalkeeper Marcelo Carné, who made only two easy saves in the match – of the eight submissions of the Carioca team, six were blocked by CSA.

Vasco made CSA look like a team from the top tier of Serie B, such is the ease of Alagoas to dominate and command the game. The opponent felt comfortable to take the risk. Cariocas showed almost no competitiveness last Thursday. 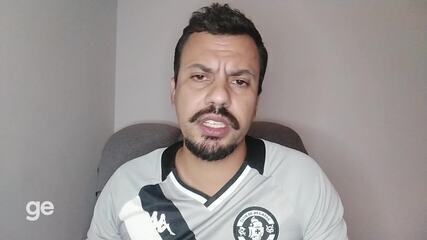 “Serotonin’s enemy”, laments João | The Voice of the Crowd

The change in attitude is impressive: in less than a week, Vasco left a game that increased confidence through access to a game that put the team’s sequence in check. Oscillation is what worries Vasco fans the most. Three of the next four matches will be away from home, and the team needs to find its balance again so as not to lose the fat that has kept it in the top four since the seventh round.

In order not to let the shuttlecock fall, Vasco will now have 10 days to prepare for the next match, against Bahia, on August 28, at 4 pm, at Arena Fonte Nova, for the 26th round of Serie B.

Previous Netflix’s “I Never”, comforts those who spend their lives accompanied by grief – 08/19/2022
Next Is Echoes star Michelle Monaghan really a twin?