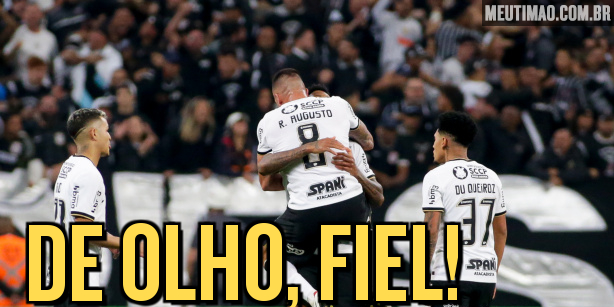 Corinthians knows details of the semifinal of the Copa do Brasil this Friday; learn how the draw

Two days after thrashing Atlético-GO and securing a spot in the semifinals of the Copa do Brasil, Corinthians will learn the details of the dispute at this stage. This Friday, the Brazilian Football Confederation (CBF) will draw for the definitions at 11 am (Brasilia time).

The clashes were already pre-selected, which means that Corinthians already knew their opponent as soon as they qualified: Timão will face Fluminense. On the other side are Flamengo and São Paulo.

Both semifinals feature teams from the same cities, which requires care when drawing so that a city does not receive two games at the same time. Thus, before the draw, the CBF will explain the dynamics chosen to define the relationships between the two clashes.

The first semifinal will take place between the 24th and 25th of August, while the second will be held on the 14th and 15th of September. The draw that will be made will define the order of field orders and, after that, only the definition of the times of the matches will remain.

Corinthians reached the semifinals after eliminating Atlético-GO in the quarterfinals. Before that, Timão left behind Santos and Portuguesa, from Rio de Janeiro.

See more at: Copa do Brasil.