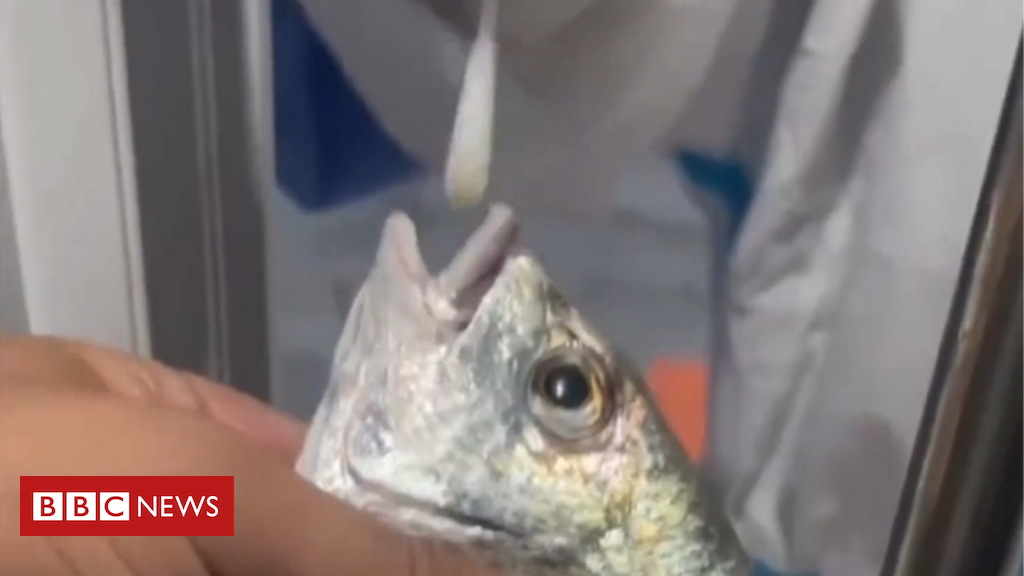 Even live fish tested for covid amid new outbreak in China

More than five million people had to undergo tests for covid-19 in the coastal city of Xiamen, China, after about 40 cases of the virus were detected this week.

People weren’t the only ones to be tested: an official warning states that some marine life should also be included in the wave of mass testing.

In recent weeks, the Jimei District Maritime Pandemic Control Committee in Xiamen has issued a notice saying that when the boats return to ports, “both the fishermen and their fish and seafood must be tested”.

The result was that, in the midst of this latest outbreak, video footage appeared on various social media platforms, including Douyin — China’s local version of TikTok — showing healthcare workers doing PCR-type tests on live fish and crabs.

‘It’s not the only place that does this’

While this may seem unusual, it is not the first time that live fish have been tested for Covid-19.

An official from the Xiamen Municipal Ocean Development Bureau told the South China Morning Post that the government learned “many lessons” from Hainan – which is experiencing a serious outbreak of the disease.

The server stated that the outbreak in that province may have been triggered by the buying and selling of seafood and fish between local fishermen and their colleagues abroad.

Hainan province in southern China, a coastal region like Xiamen, has reported more than 10,000 cases of Covid-19 since early August, and officials said they believed this outbreak was likely linked to the fishing community.

Chinese media have long expressed concerns that marine life may have links to the coronavirus. The first outbreak of covid-19 was traced to a live animal and seafood market in the city of Wuhan.

While seafood is unlikely to be a host for the virus, many of the outbreaks in China are linked to dock workers, people handling frozen products or fish market workers.

In June 2020, one such outbreak in Beijing sparked panic. State media said the Covid-19 virus was detected on boards used to cut imported salmon. This has not only prompted restaurants and supermarkets to pull salmon from their shelves, it has also halted imports.

Panic spread across the country, with widespread fear about eating the fish.

Fish aren’t the only animals being tested for Covid-19 during China’s effort to eliminate the virus over the past two years.

In May, official media released footage of a hippo being tested at a nature reserve in Huzhou, eastern Zhejiang, saying it was necessary for the animal to be tested twice a week.

The reason cited by state media for the tests is to “ensure the safety of the animals” and visitors to the places where the animals live.