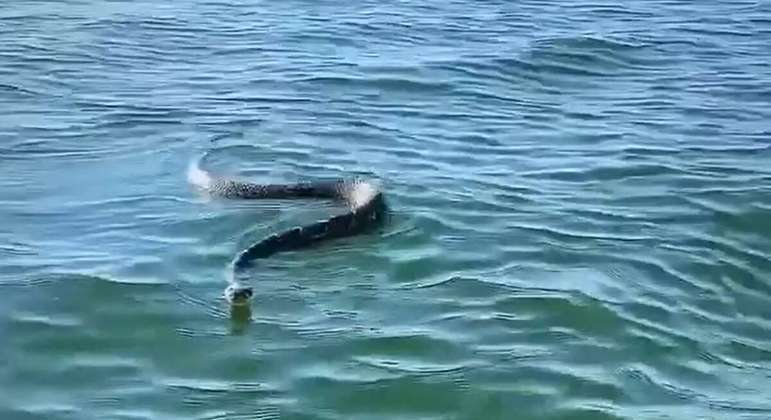 The sight of a diamond rattlesnake swimming in a lake in Texas, United States, scared netizens on social media.

Considered one of the most dangerous rattlesnakes on the planet, the snake is responsible for most snake attacks against humans in the United States.

In the video, it is possible to see the amateur cameraman, who was on a boat, at one point getting very close to the snake, which was floating a few meters away from him.


A woman, who was also on the boat, doesn’t even have the courage to look at the snake.

The Texas Department of Parks and Wildlife shared the video and gave a tip for anyone going through the same situation.

“Most snakes can swim, so leave them alone and they will be on their way,” the publication reads.

In the comments section, people said they understood the girl’s feeling of fear in the video. “Turn that boat around and run away”, “no, snakes in the water go beyond the limit” and “I would be very scared” were some of the main phrases commented, which shows that the fear was general.