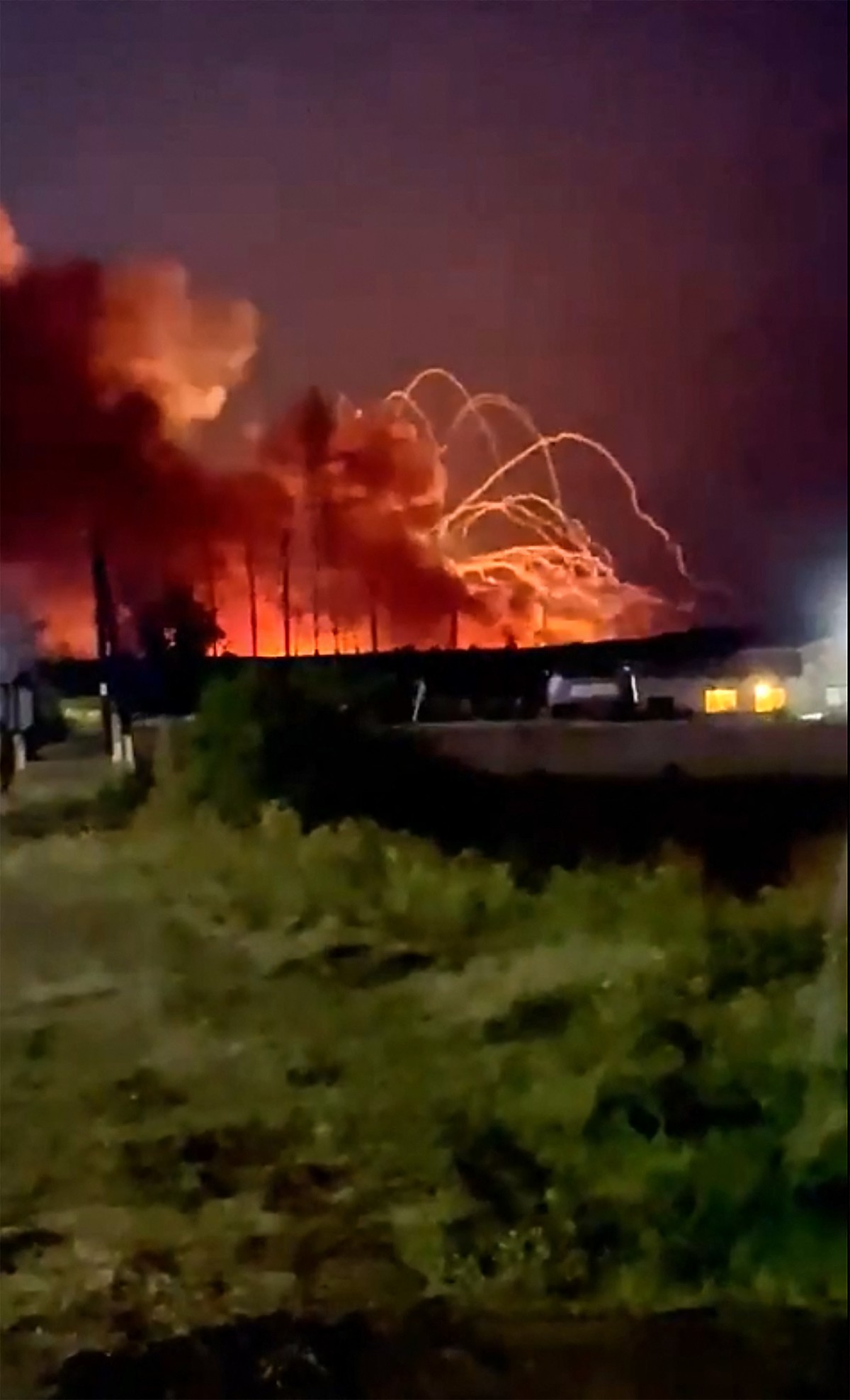 Residents of two Russian cities were evacuated from their homes on Thursday after a fire broke out at an ammunition depot near the Ukrainian border, local officials said.

The ammunition depot that caught fire is in the town of Tomonovo, about 50 kilometers from the Ukrainian border. Residents of the neighboring town, Soloti, were also evacuated from their homes.

There were no casualties. The regional government has opened an investigation into the causes of the incident. 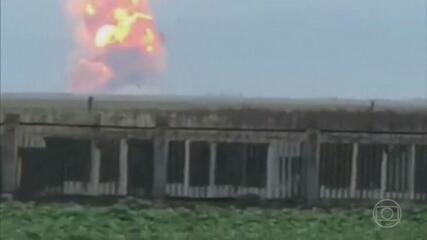 Series of explosions rocks Russian military base in Crimea

In a video posted on social media, a huge ball of fire can be seen that produces dark smoke. Another video shows several successive explosions in the distance.

A cloud of smoke formed after the first explosion at a Russian military base in Crimea, on Aug. 9, 2022. — Photo: via AP

That fire came two days after explosions were reported at a military base and at another Russian ammunition dump, this one on the Crimean peninsula, a region of Ukraine that was annexed by Russia in 2014.

At the beginning of August, there was an explosion of ammunition that was going to the Russian air force near the military airfield of Saki, in Crimea (there was one dead and several wounded).

Days later, explosions were recorded at an ammunition depot in Crimea, which Russia attributed to an act of sabotage by Ukraine.

On Thursday night, Russian forces shot down a drone near the airport in Sevastopol, Crimea’s main city and base for Moscow’s Black Sea fleet, local authorities said.

Shortly before, Kremlin troops activated anti-aircraft defenses near the city of Kerch, also in Crimea, where there is a bridge connecting the peninsula to Russian territory, a regional official told Russian state agencies.

Since the Russian offensive in Ukraine began at the end of February, the Russian government has repeatedly accused Ukrainian forces of carrying out bombing raids on its territory, especially in the Belgorod region.

Last month, several missiles hit the city of Belgorod – the capital of the province – and caused four deaths, according to local officials.

In early April, the regional governor accused Ukraine of having bombed a fuel depot in Belgorod with two helicopters.

Previous Motorola Edge 2022 announced with Dimensity 1050, 144Hz display and 50MP camera in the US
Next She-Hulk: 4 ways that the new Marvel character is different from the Hulk – News Seen on the web 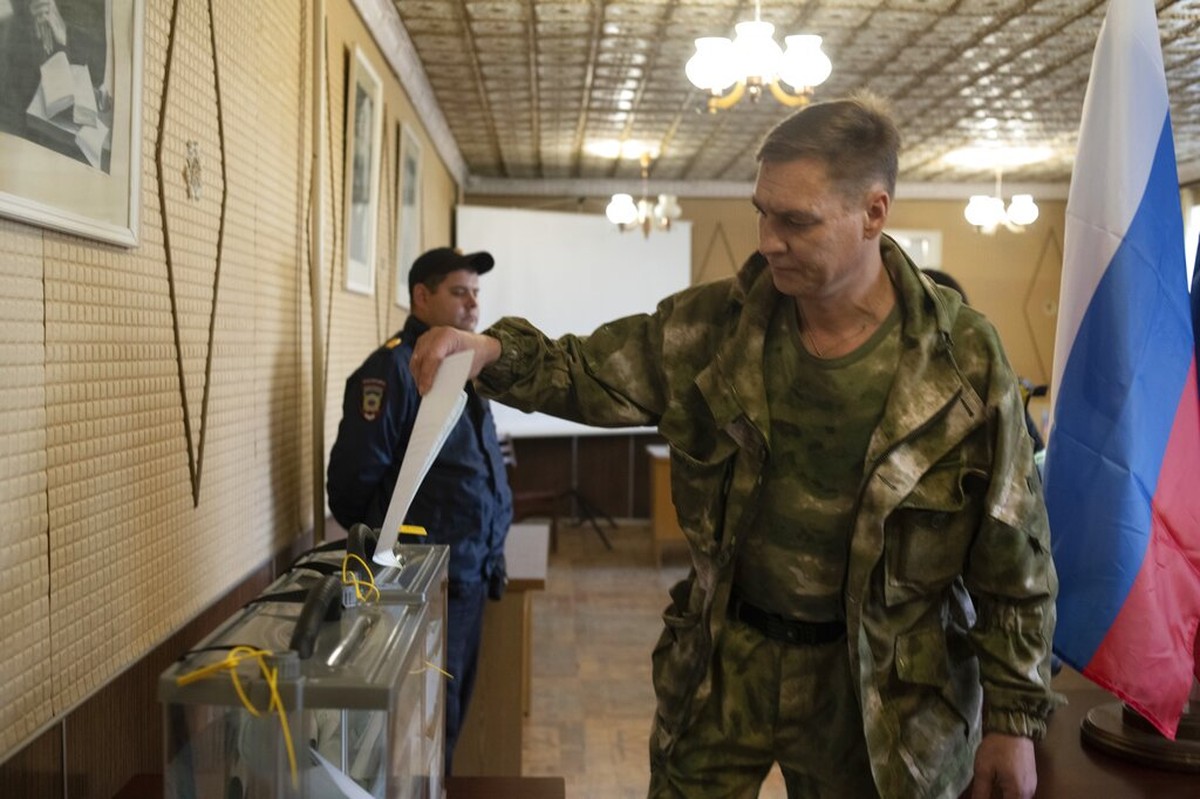 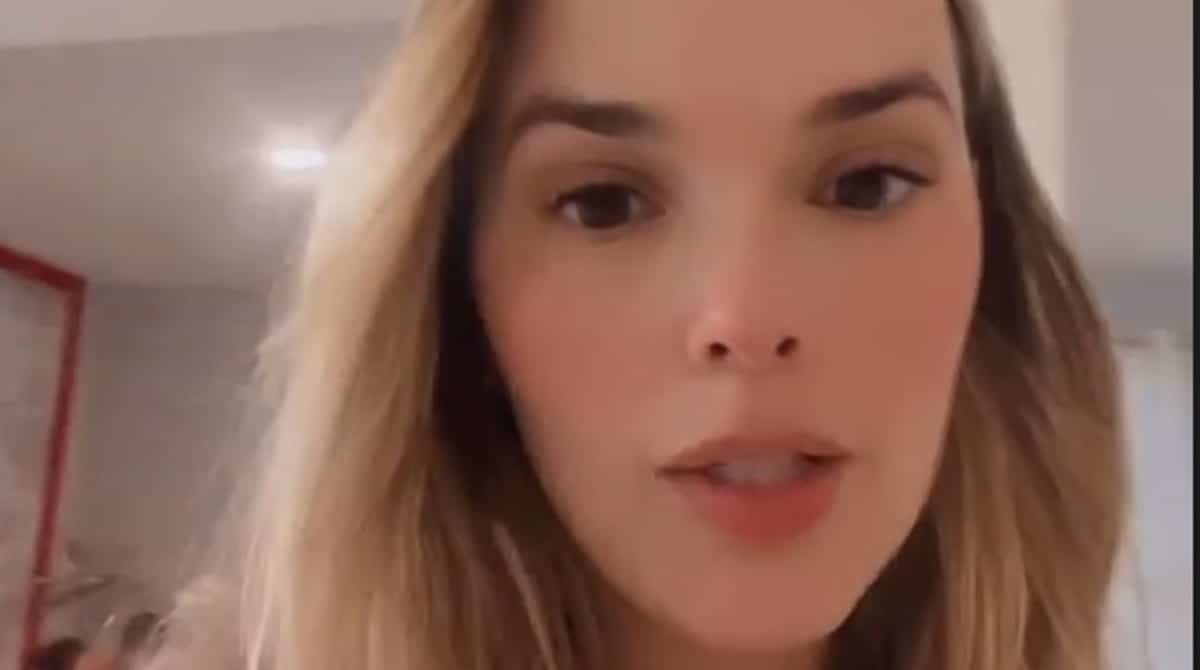 The Utah Justice, in the United States, sentenced a woman to provide intimate photos of …