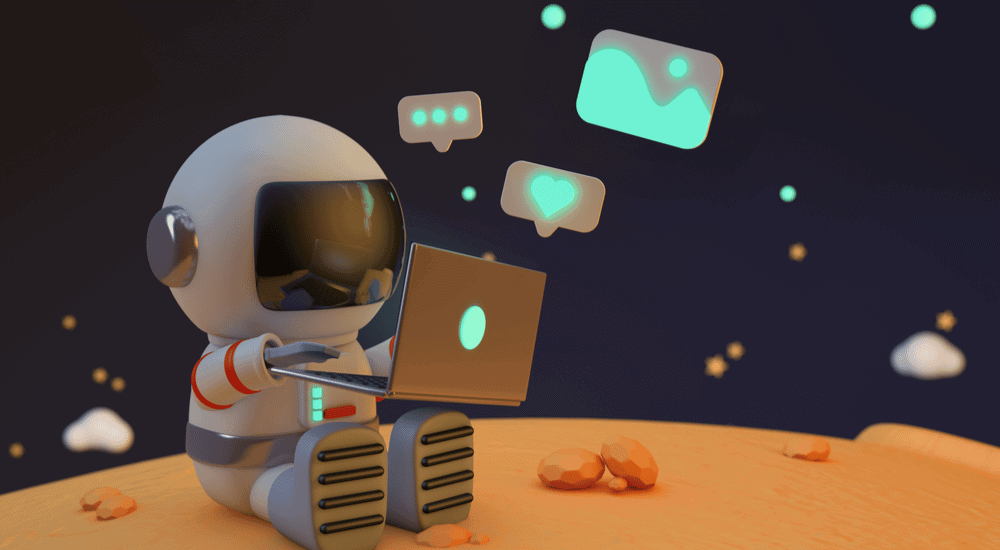 Built and maintained by a consortium of 15 countries, among which the US and Russia are the most important members, the International Space Station (ISS) began to be assembled in orbit in 1998 and was officially completed on June 8, 2011. Since the year 2000, it has been continuously occupied by astronauts, who take turns in small groups to spend an average of six months working and conducting scientific experiments in the orbiting laboratory.

The record time of stay belongs to the American Mark Vande Hei and the Russian Pyotr Dubrov, who spent 355 days there. Have you ever imagined being away from family and friends for so long, without any kind of communication with them? It would be terrible, wouldn’t it?

To the relief of those who are scheduled to live this experience, since 2010 the ISS has had a connection system that allows personal access to the internet. This was designed with the aim of improving the quality of life of those confined in the structure, which is at an altitude of 408 km.

The same telemetry connections are used for contact and data exchange between the crew and the control centers on Earth, through satellite signals.

When clicking on a link, for example, the command is sent to a network of satellites that orbit the Earth at an altitude of over 35,000 km, close to the so-called geostationary satellites (which are stationary above a fixed point on the planet).

These satellites connect to a network of servers on the ground — the Deep Space Network — with facilities in the US state of California, Madrid (Spain) and Canberra (Australia), which, in turn, communicate with the Center. Johnson Space in Houston (USA). There, a computer interfaces the space station, satellites, NASA receivers and facilities, and the internet itself.

Although the connection between the orbiting laboratory and the Deep Space Network is extremely fast (600 Mbps, both for download and for upload), there are some drawbacks: the distance the signal travels to and from the station to the surface and the need, on Earth, to make use of a computer as an interface to access internet content.

As a result, there is high latency (the connection’s response time): between 500 and 700 milliseconds (ms), a rate much higher than the roughly 10 ms you get on a broadband connection on Earth.

According to Clayton Anderson, an astronaut who was on the space station on two occasions (six months in 2007 and two weeks in 2010), it feels like using a dial-up internet.

Because it is a work network, although astronauts can make personal use, access is limited. They can use their laptops and tablets to browse and even videoconference with family and friends, but for limited periods.

As the station communicates with the facilities on Earth through a dedicated link, the connection is continuous, therefore, without interference from other signals. In addition, the Deep Space Network’s receiving antennas are strategically located to maintain constant contact with the satellites that communicate with the station.

Previous “Nobody gets it out of my head”; Flamengo fans ‘shudder’ with the outcome of Reinier in Europe
Next Top White House lawyers interviewed by FBI over confidential documents embezzled by Trump – Observer