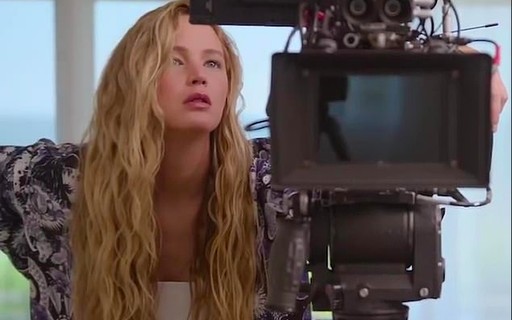 Actress Jennifer Lawrence showed off her lean physique backstage while filming a publicity essay starring her for an international brand. The video, starring the 32-year-old celebrity, drew attention on social media as it was shared just four months after she gave birth to her first child.

The behind-the-scenes video of the still unpublished essay starring Lawrence for the Dior brand was shared on Instagram by the person responsible for the piece, director Cass Bird. Watch the video by clicking here.

In the video, Lawrence appears watching the images played by her on the set camera. “Wow!” exclaims the actress. Then she makes a series of pranks, showing a frame of the advertisement next to her and asking: “Who is prettier? If you have to choose?”.

The recording with the actress comes to an end with her taking a clapperboard used in the filming and ending the work: “Okay, we did it, we can finish. Ended!”.

Lawrence’s baby was born last April, the result of her marriage to businessman and gallery director Cooke Maroney – the two exchanged rings in October 2019. They remain without revealing the sex and name of the child.

With four Oscar nominations under her belt, she won the statuette for best supporting actress in 2013 for her performance in the drama ‘Silver Linings Playbook’ (2012).

With no release date announced, but with a release scheduled for 2022, the drama ‘Causeway’ will bring the actress in the role of a US military committed to resume her life in the United States after being the victim of a brain injury during her period in Afghanistan. . The film was directed by filmmaker Lila Neugebauer.

Previous Cell phone strategies to make your day easier; know what they are
Next the latest on the European ball market