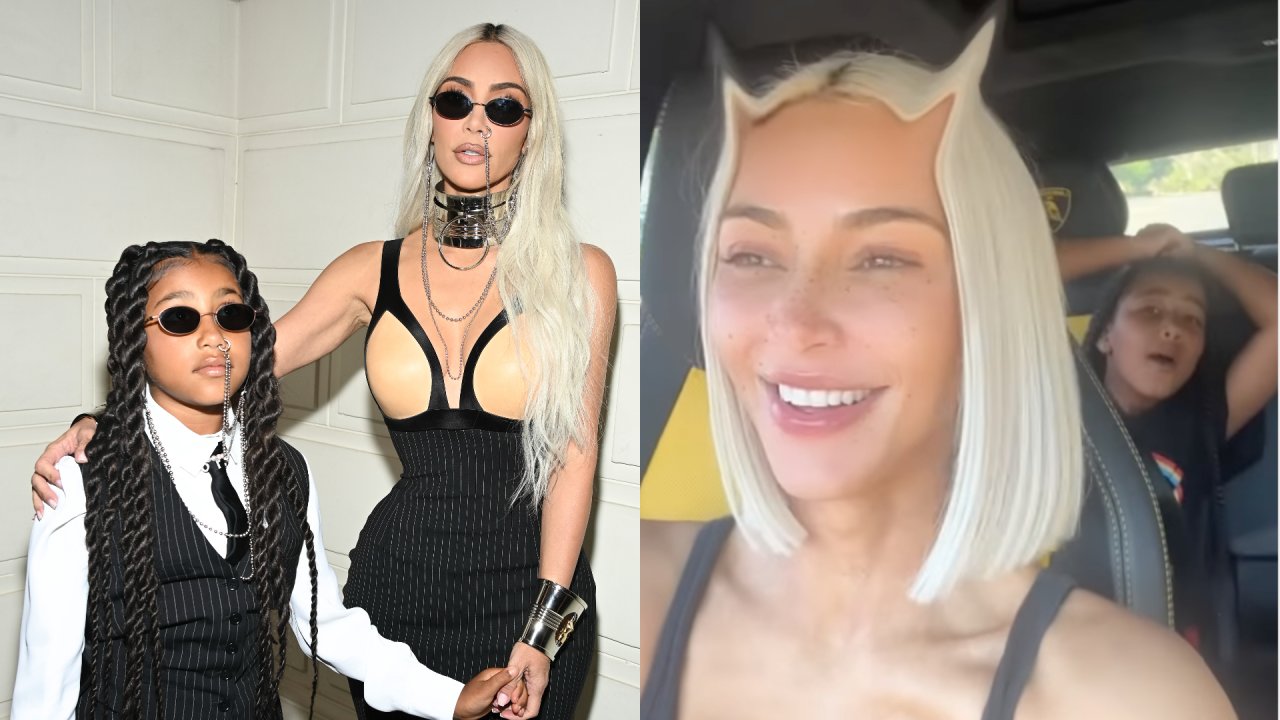 Kim Kardashian continues to try to get her daughter, North West, used to the presence of cameras — and she still doesn’t like it one bit. This Thursday (18), the star shared a video in which she appears singing a song in the car, as the nine-year-old girl begs her mother to stop filming her.

At the beginning of the video, the “The Kardashians” star invites North and Kourtney Kardashian’s 10-year-old daughter, Penelope Disick, to sing Bruno Mars’ “Versace on the Floor.” Realizing it was being recorded, Kanye West’s heiress starts screaming from the backseat: “Mother! Mommy! Mom, please delete this!” Watch:

The manager ignored the request and continued recording while having fun with the scandal that the sister of Saint, Chicago and Psalm was making. Penelope, on the other hand, was quiet and gave the camera a smile amid her cousin’s tantrum.

This isn’t the first — and it doesn’t seem to be the last — time North West has complained about being filmed or photographed. Last month, Kim shared a video of her daughter urging photographers to stop taking pictures of her during the Jean-Paul Gaultier show at Paris Fashion Week. Remember:

At the time, followers questioned what North was doing in the front row of the parade if she didn’t want to be photographed.“If you know she doesn’t like pictures, why take her to the FRONT ROW?” asked a user. “If she hates the spotlight so much, why take it? She’s going to be another spoiled celebrity who complains about the privileges.” bet another. However, one person went further: “Actually, this is a sad image. She’s asking for help.” Apparently Kim hasn’t given up yet, has she?

If you know she don’t like the pics then why bring her to the FRONT ROW???

If she hates the spotlight so much, why bring her ? She she’s gonna be another entitled celebrity who complains but enjoys the perks 🙄

This is actually a sad picture. She asking for help

Previous Netflix: Ad-supported plan may limit app functionality
Next Björk confirms new album. “Fossora” is inspired by the mourning for the mother and comes out in the fall