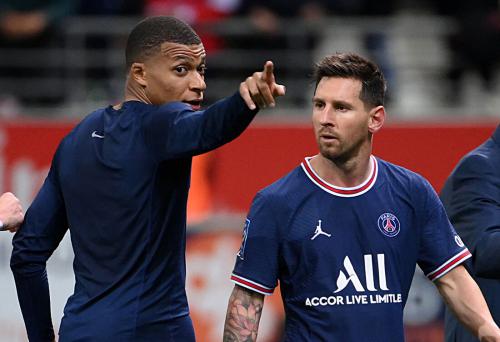 Another important name in world football criticized Kylian Mbappé’s recent attitudes in the Paris Saint-Germain. This time, Wayne Rooney, a former Manchester United and England striker, fired at the Frenchman.

– An almost 24-year-old player bumping into Messi? I’ve never seen a bigger ego than this in my life. Someone needs to remind Mbappé that, at 24, Messi was already on his way to his fourth Ballon d’Or – declared Wayne Rooney.

The collision cited by the former player, now coach of DC United (USA), happened in the game of PSG against Montpellier. In a video that circulates on social media, it is possible to see Mbappé bumping lightly with Messi, causing more criticism to be made against shirt 7.

GIVING YOU WHAT TO SAY
​Mbappé’s actions have made international football news headlines. Internally, PSG’s stance is conservative; leaders such as Luís Castro sought to resolve the Frenchman’s conflict with Neymar while still in the locker room.

Several football personalities have spoken out on the subject, such as Thiago Silva, who came out in defense of Neymar. Mbappé’s new contract with PSG would have granted him “team owner” status, according to French newspapers.

Previous São Paulo suffers, but eliminates América-MG and goes to the semi of the Copa do Brasil
Next Cup? Tite changes tone and calls up Flamengo player