At an event held in São Paulo on Wednesday night (17), the Samsung announced the arrival of some devices to the Brazilian market. Among them are tablets Galaxy Tab S8+ and Galaxy Tab S8 Ultra. Both bring cutting-edge technical specifications and join the already released Galaxy Tab S8, who arrived here in February. In the next paragraphs I give more details about the technical file of each one.

Main difference is in screen size. 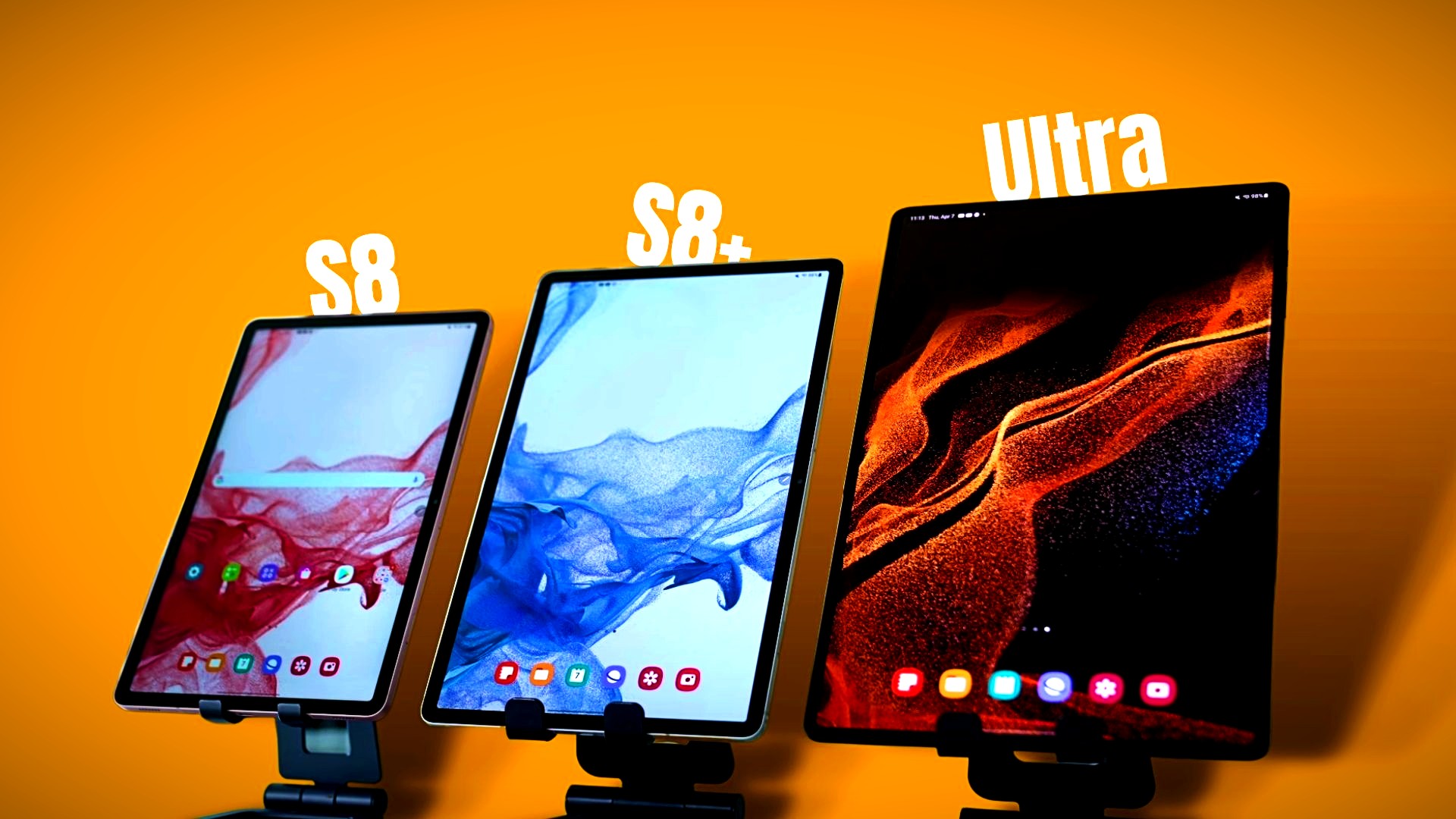 The Galaxy Tab S8+ employs a panel 12.4 inch Super AMOLED. That is, in addition to the screen delivering better image quality, the space for viewing content is greater. But nothing compares to the Galaxy Tab S8 Ultra, whose screen size is 14.6 inches. It’s almost the screen of a notebook!

So much so that when the Galaxy Tab S8 Ultra is coupled to a keyboard, it looks a lot like a notebook. And all this makes a lot of sense, since the South Korean giant’s three tablets support the Samsung DeX feature. By attaching a keyboard to the tablet, the operating system adapts and delivers an experience closer to the desktop. Note that the keyboard is sold separately.

The hardware that makes up Samsung’s new tablets is also no shame. All are equipped with processor Qualcomm Snapdragon 8 Gen 1. The Galaxy Tab S8+ brings 8 GB in RAM memory and the Galaxy Tab S8 Ultra brings twice as much, that is, 16 GB of RAM. Storage also varies. 256 GB for the Tab S8+ version and 512 GB for the S8 Ultra.

Because of this, we might even start to see the Galaxy Tab S8 Ultra as a competitor to the iPad Pro. After all, it has a bigger screen, high-end hardware, and can “transform” into a notebook when attached to a keyboard.

Another interesting point of Samsung’s tablets is that the S Pen comes with all models. Samsung’s stylus pen adds a host of new usage possibilities. For example, you can take notes, draw on the screen, avoid smearing the screen with fingerprints, and even control some functions remotely, such as taking pictures.

Finally, Android 12 has undergone some optimizations to be better used on large screens. Now the user can accommodate up to 3 apps at the same time on the screen. This function is great for the Galaxy Tab S8 Ultra. Finally, there is support for fifth generation mobile internet and guarantee of four Android updates.

The two new Samsung tablets are already on sale in the brand’s official stores and in major retailers. The suggested price of the Galaxy Tab S8+ is BRL 8,999. It is only sold in silver color.

The most powerful version, the Galaxy Tab S8 Ultra, has a suggested price of BRL 12,499 and is available in graphite color.

As a special launch offer, Samsung is running a promotion until September 4th. Anyone who buys any of the tablets by that date you will receive a keyboard cover and a smartwatch as a gift Galaxy Watch 4 Classic. Very advantageous promotion, by the way.

But watch out! Samsung explains that if you are going to buy online, it is necessary to add both products to the cart. At the time of finalizing the purchase both items will have the price zero. what’s up? What do you think of Samsung’s new tablets?