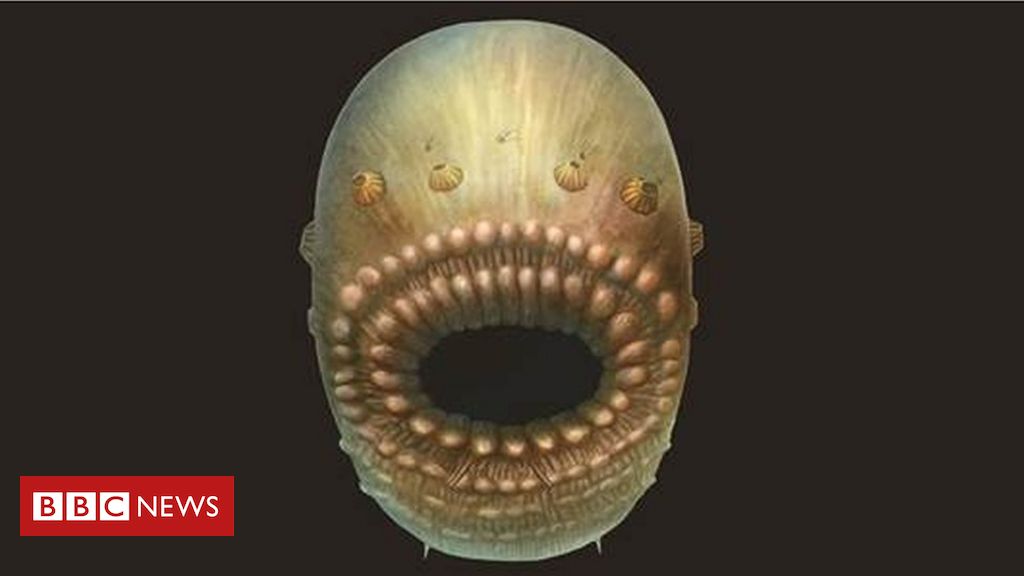 A group of scientists say they have solved an evolutionary mystery involving a 500-million-year-old spiny microscopic creature that has a mouth but no anus.

When the species was discovered in 2017, it was reported that the tiny fossil of this “sea beast” could be the oldest known ancestor of humans.

The animal, which was named Saccorhytus coronariushas been provisionally classified within a group called deuterostomes.

They represent the primitive ancestors of vertebrate animals — including humans.

A new study, however, now indicates that the saccorhytus must be placed in a totally different group from other animals.

A team of researchers in China and the UK carried out a very detailed radiographic analysis of the creature and concluded that it belongs to the group of ecdysozoans – which are the ancestors of spiders and insects.

One of the sources of this evolutionary confusion was the animal’s lack of an anus.

Researcher Emily Carlisle, who has studied the saccorhytus in detail, he explained to BBC Radio 4’s Inside Science podcast that the matter is still “a bit confusing”.

“Most ecdysozoans have anus, so why doesn’t this one?” he asked.

An “intriguing answer”, points out the expert, is that an even older ancestor of this entire group did not have an anus, and that the saccorhytus evolved later.

“Maybe he lost [o ânus] during evolution itself — maybe he didn’t need one because he would need only one hole in his body to do everything.”

The main reason for the “repositioning” of the saccorhytus in the tree of life is that, on initial examination, the holes surrounding its mouth were interpreted as pores for gills (or gills)—an early feature of deuterostomes.

When the scientists took a closer look — using powerful X-rays to take a closer look at the millimeter-long creature — they realized that these structures were actually the base of some thorns that had snapped.

Scientists who study these fossils try to classify each animal into groups — which work almost like a family tree — allowing them to build a picture to understand where all species came from and how they evolved over time.

“O saccorhytus would have lived in the sea, with its spines near its mouth holding it in the ocean sediments,” explained Carlisle, who works at the University of Bristol in the UK.

“We assume he was ‘sitting’ in a strange environment, with various animals that would look like some creatures alive today, but others that would be completely alien to us.”

The rocks that contain these fossils are still being studied.

“We can still learn a lot about the environment they lived in,” Carlisle added.

“The more I study paleontology, the more I realize how much is missing. When we think about this creature and the world it lived in, we are only on the surface [do conhecimento].”

Previous Samsung launches Galaxy Book2 Pro and 360 in Brazil; see prices | notebooks
Next Atlético-MG: Tite discusses the possibility of returning to Galo after the Selection | athletic-mg