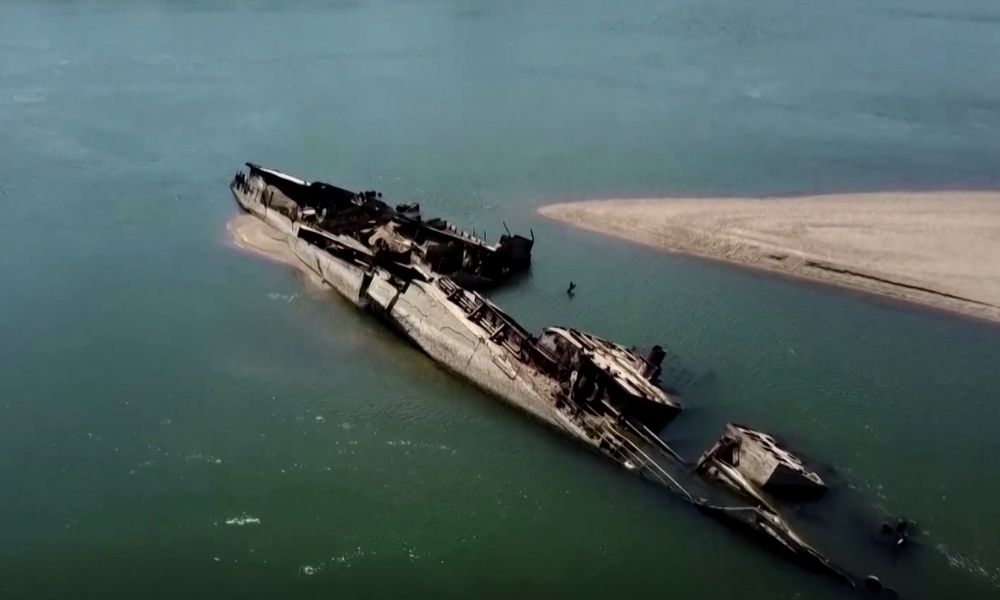 the worst drought of Europe in years it has made lost or shipwrecked objects resurrect with the low water level of the rivers. After the hunger stones, the bomb Second World War, it was the turn of powerful German warships to appear in the middle of the Danube River. According to Reuters, the vessels were among hundreds sunk in the region by Nazi Germany’s Black Sea Fleet in 1944 when they retreated from advancing Soviet forces. Some of the ships still boast turrets, bridges, broken masts and twisted hulls, while others are nearly submerged in sandbars. The drought that hits the country has exposed more than 20 hulls on a stretch of the Danube near Prahovo in eastern Serbia, many of which still contain tons of ammunition and explosives and pose a danger to shipping. In March, the Serbian government opened a tender for the rescue of the hulls and the removal of ammunition and explosives. The cost of the operation was estimated at €29 million (US$30 million). Months of drought and record temperatures have disrupted river traffic on vital arteries in other parts of Europe, including Germany, Italy and France. In Serbia, authorities resorted to dredging to keep shipping lanes on the Danube open. Per Prahovo, some of the hulls have reduced the navigable section on this stretch of the Danube to just 100 meters (330 ft) from 180 meters.

Through a communiqué, the Kremlin that stopped attacking the neighboring country with high-precision missiles ‘for …