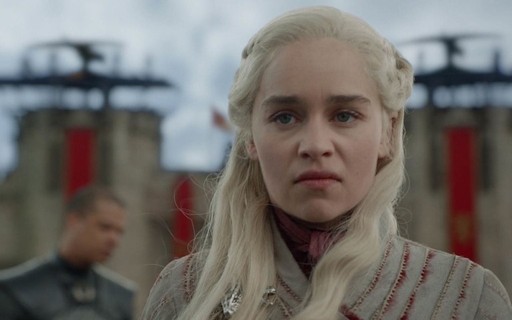 Actress Emilia Clarke, 35, was called “small” and “chubby” by Patrick Delany, an Australian TV bigwig, at the launch of the series ‘House of the Dragon’. The Foxtel group, of which he is the CEO, apologized for the statement.

The information was published by Vanity Fair, which reported information from the Australian news agency Crikey this Wednesday (17). Emilia Clarke is one of the protagonists of ‘Game of Thrones’ and plays the character Daenerys Targaryen throughout the episodes broadcast between 2011 and 2019.

At the premiere of the ‘Game of Thrones’ prequel in Sydney, Australia, Patrick gave a speech shortly before the first episode aired. The exec tried to be cute as he talked about how disconnected he was from the success of these productions.

“I was like, ‘What is this show with the short, plump girl walking into the fire?’” Patrick Delany said in his awkward moment. According to what was released, the public was kind of not knowing where to put their face.

Two people present reported the reactions. “It looked like he was expecting us to laugh, but people in the room were obviously shocked by it.” Another said there was “a little gasp” after Patrick made the comment.

The Foxtel group, led by Patrick Delany, issued a statement apologizing for the bigwig’s comments.

“The goal was to convey that for him ‘Game of Thrones’ was something very different for television in 2011 and that Emilia Clarke has gone from relatively unknown to one of the most recognized and beloved actresses in television and film. On behalf of Mr. Delany, the Foxtel Group apologizes if his remarks were misinterpreted and caused any offence.”

‘House of the Dragon’ arrives to surf and continue on the wave of success left by ‘Game of Thrones’. Focused on the Targaryen family, the spin-off takes place 200 years before the events of the main series.

Previous See which card best fits your profile
Next CBLOL 2022: TitaN sees cast saturated and cites egos aside for “better weather” in the final stretch | lol