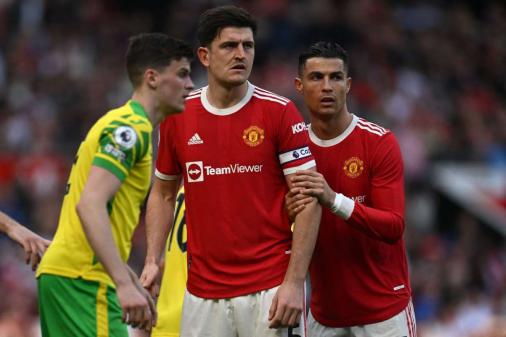 After signing Casemiro, Manchester United could make a trade with Premier League rivals

after the Official announcement of the Casemiro steering wheel this Friday, the British newspaper “Daily Mirror” reported that the Manchester United can give defender Harry Maguire to the Chelsea in exchange for striker Christian Pulisic.

According to the publication, the London Blues made an inquiry to the Red Devils for Maguire, captain of the Old Trafford team. The idea is to have a “plan B” in case the deal with Leicester defender Wesley Fofana doesn’t materialize.

+ At Manchester United, Casemiro should re-edit the partnership he has in the Brazilian National Team

Chelsea could “take advantage” of United’s interest in Pulisic to boost the deal. Without much space with Thomas Tuchel, the American has been in the sights of the Manchester team since the beginning of the transfer window.

A possible departure of Maguire is seen with good eyes by Manchester United, as the defender accumulates bad matches for the club and constant failures, being one of the athletes most criticized by the fans.

Maguire joined Manchester United in 2019 from Leicester for €87 million, making him the second most expensive signing in the club’s history. Since then, he has 146 appearances for the Red Devils, seven goals and five assists.