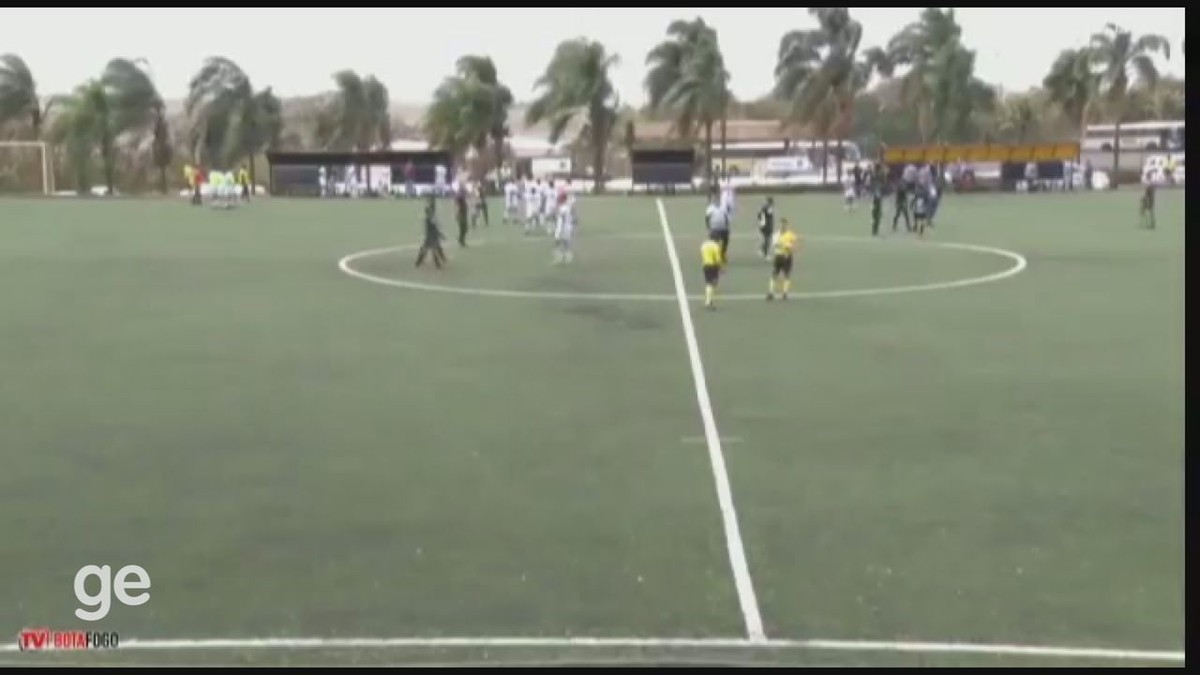 An ambush made by about 10 fans wearing the São Paulo shirt in a Corinthians game, for the Campeonato Paulista under-15, caused a rush this Saturday morning, at the CT of the I9 Academy, in Ribeirão Preto.

There are no reports of injuries and the Military Police, which had five vehicles at the scene, managed to contain the confusion. There is no information on detainees. In the images (see above), made by the communication department of Botafogo-SP, it is possible to see fans with iron bars in their hands. The match was stopped for about 10 minutes.

During the game for the Sub-15, between Botafogo and Corinthians, a group of people wearing shirts of organized supporters of São Paulo, equipped with iron bars and sticks, invaded the area destined to the Corinthians fans. São Paulo would play later, at 11 am, also against Corinthians, but for the Under-17.

There were also fans of the Ribeirão Preto team there. It is possible to see a rush of parents and athletes who were watching the match.

According to the father of one of Botafogo’s athletes, who asked not to be identified, people with bladed weapons said that the ambush had been announced on social media. Some fans and family members of athletes from other teams tried to dissuade the attackers, but in vain.

The report asked for the position of the Paulista Football Federation (FPF), the Military Police and the CT I9, which hosted the matches, and awaits the return to disclose more information. The base of the Ribeirão Preto club plays games at this location.

Previous 8 Times Comic Book Characters Were Redesigned To Look Like Their Actors
Next Metaverse, technology and care for pregnant women; understand