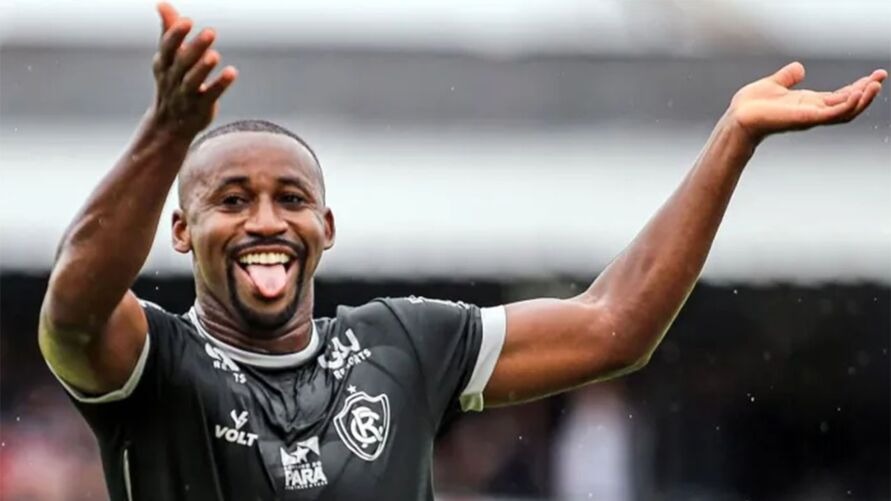 Even with the title of champion from Pará, Clube do Remo’s season came to a melancholy end and everything went down the drain. Leão Azul ended up being eliminated in the first phase of Série C of the Brazilian and said goodbye to the dream of access in 2022. Striker Bruno Alves, today at Ponte Preta, spoke exclusively with our report and commented on the fiasco.

“Before the start of Parazão, no one gave Remo as a favorite. It was always Paysandu and we were champions. At the beginning of Serie C, Remo reinforced a lot. ‘It’s going to rise! It’s going to qualify!’ and it was the other way around. It didn’t work out. Fabio didn’t lack effort, who even took a coach from a rival club and paid huge amounts of money. He brought in high quality players, paying huge amounts of money as well. It was difficult to pay these players a low salary. Everything! It turned out great, good structure, did everything it could. Unfortunately we couldn’t. We have to share this load. It can’t just be the president’s fault. They say he’s incompetent, that he’s weak, they’re crazy. It was the best squad C Series, how is the president weak? They were the best, but unfortunately it didn’t happen”, he highlighted.

“I told Fábio to continue the way he’s been working, honestly, even though he’s being stoned by everyone, that I’m sure he’ll reap the rewards later on. That’ll be next year! it was with Fortaleza, who stayed for a long time, but when he went up, he went straight. So, it will be like this with Remo. Fábio deserves it, the fans deserve it. The employees work heart and soul, they give their lives for the club. So, I believe that Remo will reap many good things. I hope this president is ahead because he deserves too much and is suffering a lot alone. They are saying that he is to blame and not to blame. We are the players. We have to assume responsibility share of the blame along with the coaching staff. We were wrong, the coach was wrong, everyone was wrong when we couldn’t make a mistake. Unfortunately it cost Remo”, he emphasized.

“I can confirm it with all the certainty in the world, and I have no interest in lying, the group was wonderful. There were no splits. I think we had to demand more. was happy. Those who didn’t play were looking for space, respecting their teammate. Some things appeared that were cracked and the fans thought they were. But it was a phenomenal group. We charged ourselves inside the locker room. We had to charge ourselves more, we had to talk more on the field, there had to be more communication. Everyone liked everyone. There was cursing on the field, fights, but in the locker room we made peace. We demanded that, but there was no moment of a split group. all the certainty in the world. There was no moment when the group split. Even when new players arrived, we hugged”, he said.

“When the crowd sang, it gave an extra boost. As I said, it was different from all the clubs I’ve been to. at night. That frustrated me even more. Not being able to solve some games, like against Botafogo, Aparecidense. If you win one of these, we were in Série B. Those two clubs (Remo and Paysandu) in the A series, it would be crazy All Brazil would talk about the fans and the party”, he pondered.

Desire and success at the exit:

“I’m in São Paulo. I signed with Ponte Preta today. Let’s live the moment here first. Next year, if I have the opportunity, I’ll come back without a second thought. I left Remo with my salary, termination, everything in order. They’re paying all right. The only thing missing was the salary for everyone to be happy. In terms of finances, there was nothing to be desired”, he concluded.