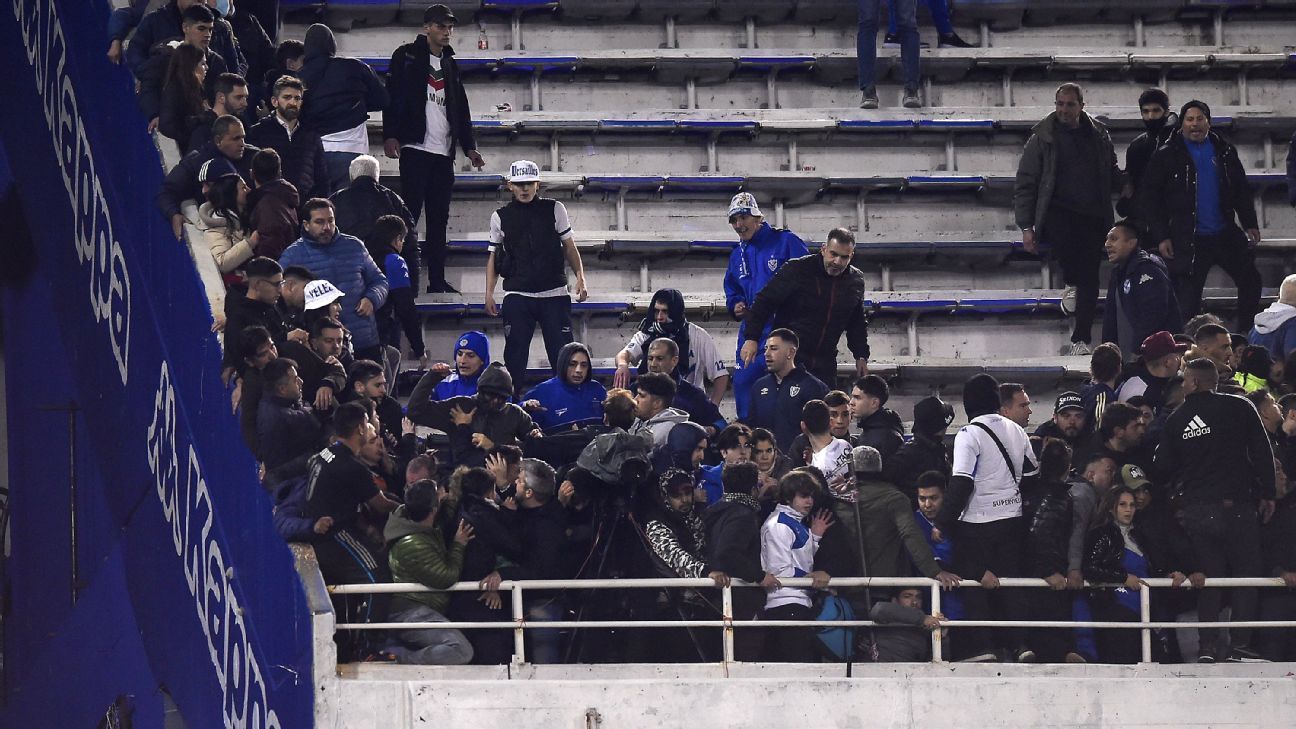 O Velez Sarsfield will not be able to count on the ‘upper south’ sector of the José Amalfitani stadium, which seats just over 6,000 people, for the duel against Flamengofor the first leg of the semifinal of the CONMEBOL Libertadores. The announcement was made by Conmebol this Saturday (20).

In addition, the club was punished in 95 thousand dollars (R$ 490 thousand) due to the confusion between fans of the team and Talleres de Córdoba, opponents of the quarter-final phase of the competition. O coach ‘Cacique’ Medina, sent off on the field, also received a fine of 50 thousand dollars (R$ 258 thousand). In total, the fines reach US$145,000, almost R$750,000.

According to people from the Conmebol Disciplinary Unit heard by the report, all the punishments suffered by Vélez Sarsfield can still be appealed by the Argentine club.

However, due to the short term and the type of infraction, a possible reduction of the sentence is considered ‘very difficult’. The information was gathered by Pedro Ivo Almeidachannel commentator ESPN.

The information of a possible punishment to Vélez Sarsfield had been anticipated by the ESPN Argentina earlier this week.

Vélez Sarsfield welcomes Flamengo on August 31, at 9:30 pm, at Estádio José Amalfitani, for the first leg of the semifinals of Conmebol Libertadores. The duel will have live stream exclusively on ESPN on Star+.