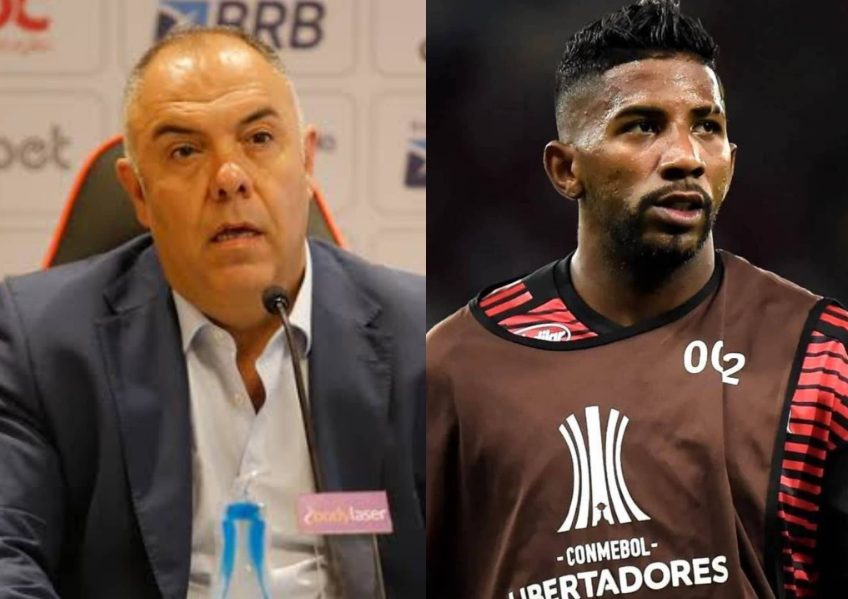 Flamengo: Braz leaves a warning about Rodinei at Atlético: “If he signs…”

Flamengo’s owner under the command of Dorival Júnior, Rodinei has not yet defined which club he will play for next season. With a contract valid until December, the side is in the sights of Atlético-MG. The conversations are led by Rodrigo Caetano, football executive at Galo.

In recent days, journalist Jorge Nicola reported that negotiations between Rodinei and Atlético would be at an advanced stage. Marcos Braz, vice president of football at Flamengo, warns that if the full-back signs with Galo, the Rio club will need to be notified immediately.

In an interview with ‘Flazoeiro TV’, Braz celebrates Rodinei’s good phase and says that he will deal with the renewal at the moment he considers ideal.

“Four months ago they wanted to kill Rodinei and me (laughs). Thank God he is in this excellent phase, he is a player who has been at Flamengo for six months, seven years. No player can spend so long at a club without merit. Rodinei subject is a little further ahead, not now. Rodinei has a contract until the end of the year, when we understand that we should sit down again to talk, I will sit down. It won’t be now,” he says.

“It’s his right, he’s within the last six months of his contract. This FIFA allows. The only point is that if he signs the contract, he and the team that signs have the obligation to notify Flamengo. It’s foreseen within FIFA, if you don’t do it, there’s a mistake for both of you”, he added.

Highlight of Flamengo against Athletico, in the Copa do Brasil, Rodinei was asked about the future, but it did not matter if he stays or leaves.

– I think game by game. I train, arrive early at the CT and try to do my best every day. If Flamengo doesn’t renew, it’s not up to me to speak. These things are up to the board and my representative. A player does not decide his future. It’s not a matter of wanting, it’s a matter of hard work and commitment to help Flamengo. And that, my representative has been talking to the board and I only work to help Flamengo, on the way to victory. And the titles that are most important. My future belongs to God. We don’t know tomorrow – said the number 22 of the Rubro-Negro.

Previous Why is Gen Z the loneliest of them all? See 4 main reasons
Next Microsoft employees threaten to migrate to rival companies in search of better pay