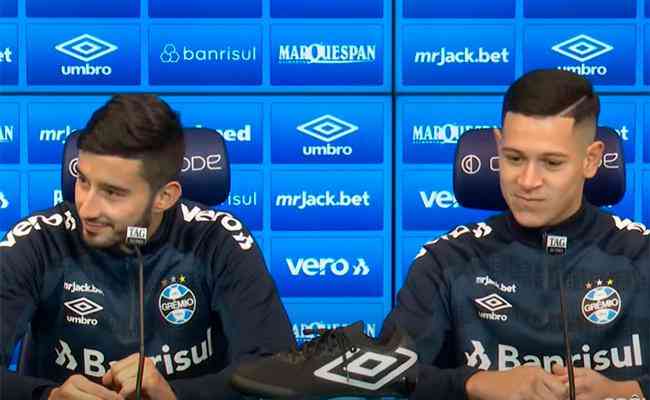 Grmio players highlight ‘big game’ against Cruzeiro for Serie B

Chosen to give press conferences this Friday (19), defender Nat and midfielder Villasanti, from Grmio, highlighted the “big game” against Cruzeiro. Gachos and miners face each other this Sunday (21), at 4 pm, at Arena, in Porto Alegre, for the 24th round of Serie B of the Brazilian Championship.

“It’s a big game, but the team will go game by game. The main objective is to rise, but always looking for the title. Sunday’s game is fundamental for the fight and we are going in search of victory”, said Villasanti.

Today, Cruzeiro is the absolute leader of Serie B. The celestial team has 53 points – nine more than vice-leader Bahia and ten more than Grmio. A victory against the direct competitor will bring Raposa even closer to Serie A access and the title of this edition of the Second Division.

For the match against Raposa, Grmio will need to overcome the absence of defender Geromel, captain and one of the main players in coach Roger Machado’s scheme. He will serve an automatic suspension and will be replaced by 21-year-old Nat.

“I know it’s going to be a big challenge, but I’m prepared for it. I’ve been working hard since Gaucho, I played against big teams and when I arrived at Grmio I did my best in training, the opportunity came and I’m prepared”, he projected.

“We’ve been working like every week, more focused due to the weight of the game, but when they propose the game they’ll leave more space. It’s a very big game, two clubs with heavy shirts, we also propose”, added the defender.