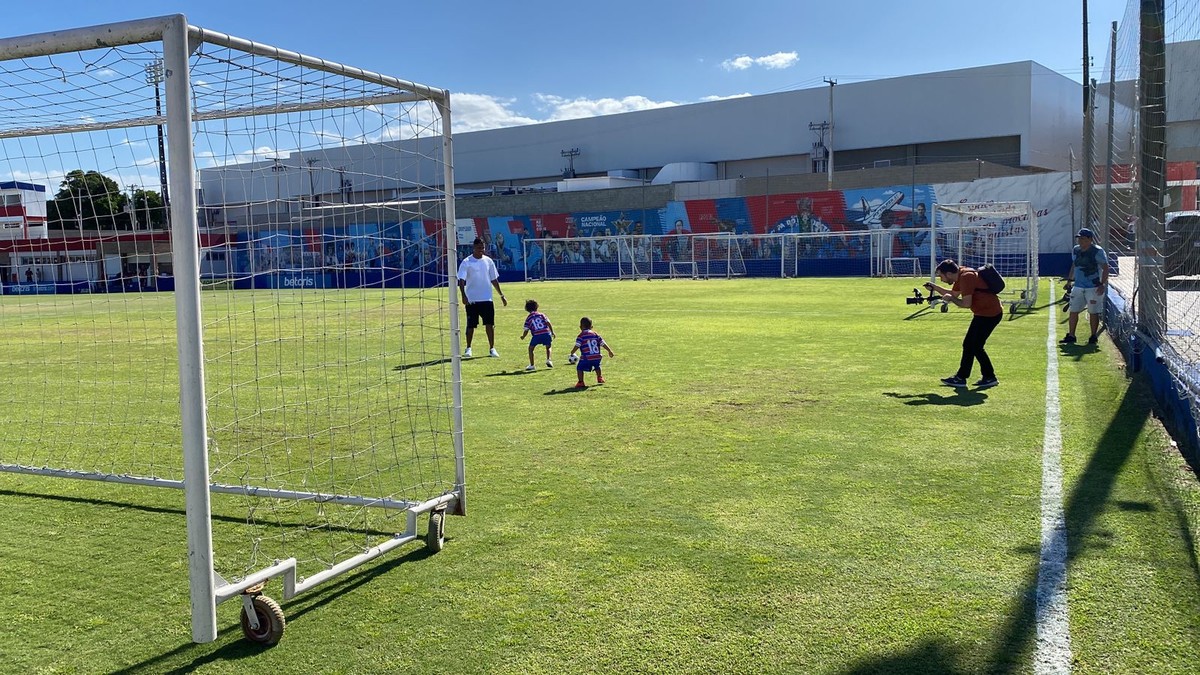 Jessé Neves’ notebook will gain a new chapter. From the base, each goal of Pedro Rocha in his career will complete the lines of the notebook that the father has to record his son’s memories. Presented at Fortaleza this Friday (19), Pedro Rocha makes clear the happiness of wearing a new shirt and the objective: “Many goals”.

+ Fortaleza activates renewal clause, and Romero remains at the club for 2023

– I hope he (Jessé Neves) writes down many goals in his notebook, as it was in my childhood, since the first notebook he wrote down. I hope it’s like that at Fortaleza too – he said.

The striker arrived at Fortaleza with a contract until the end of 2023 and had the support of the whole family in the new home. Before the first contact with the press, he had time to introduce the CT Ribamar Bezerra lawn to little Pietro and Vitória, the player’s sons.

The player has 16 matches in 2022, scored two goals and provided five assists. The striker has not been on the field since July 12, against Bahia, for the second round of the round of 16 of the Copa do Brasil, but he guarantees that he has been gaining pace for the Serie A dispute.

– In these procedures (arrival at the club) I was training separately. The rhythm of the game is more complicated, but in the two days I’ve been training, I’m feeling good. I am available, if the teacher wants to count on me, I can enter the field – he highlighted.

In a week of training, the club’s first impressions were positive. Both from Pedro and the family. I still haven’t had time to get to know the city well, since the word of the moment is work. Pedro Rocha will fight for title in a team that has found an offensive fit with Moisés, Robson, Romarinho and Galhardo. But that way the competition rises.

– I like (competition in attack). This is a problem for the coach, between us it is a healthy dispute and we will try to do our best and work in the best way for the coach to make the decisions-he said.

Previous Sex Education: Netflix releases first images of season 4 and introduces new character | Movies and series
Next What is FWA? How does this 5G technology work?