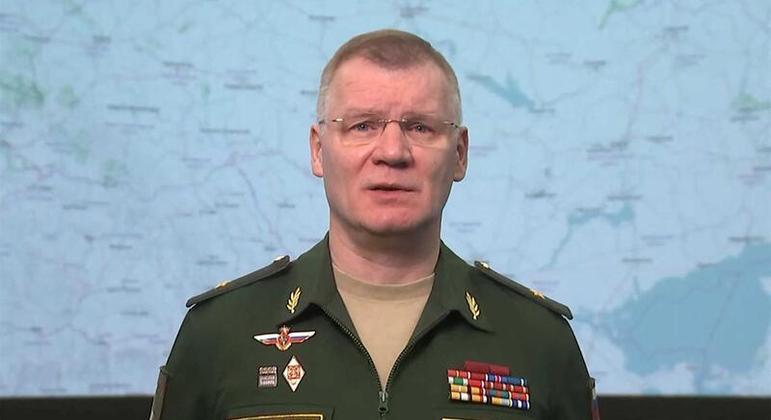 The Russian Defense Ministry said on Saturday that in the last 24 hours, Ukrainian forces had suffered more than 800 casualties, including “up to 20 American mercenaries”.

In an attack by Russian aviation against positions of the nationalist Kraken formation and mercenary units in the Kharkiv region of eastern Ukraine, “more than 100 fighters were annihilated, including up to 20 American mercenaries”, said the Russian Defense spokesman, General Igor Konashenkov.

In his usual morning report, the general added that up to 130 Ukrainian soldiers had been killed in another attack in the same region, this time with high-precision ground weapons.

Konashenkov said that in the neighboring region of Dnepropetrovsk, near the town of Velikomikhailovka, Russian tactical aviation “practically annihilated” the 110th Ukrainian territorial defense battalion, causing more than 350 casualties – of these, 200 were fatalities.

According to the military spokesman, in the same region and in Mykolaiv, more than 200 Ukrainian soldiers died due to Russian artillery fire.

In addition, Konashenkov pointed out, Ukrainian airborne forces lost more than 200 men in the self-proclaimed People’s Republic of Donetsk as a result of air-to-ground missile attacks.