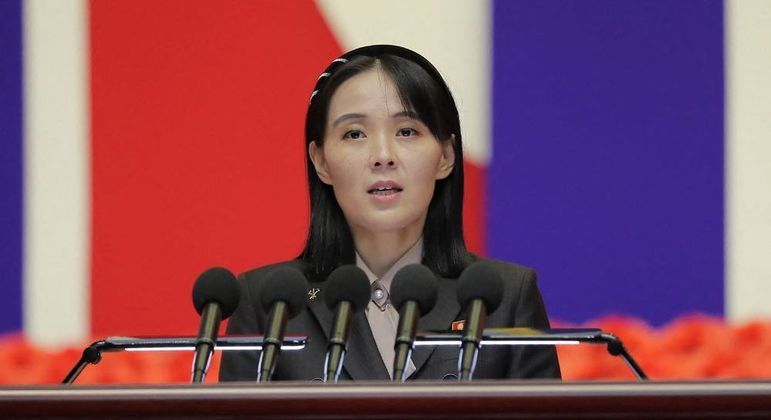 Kim Yo Jong, the powerful sister of North Korean leader Kim Jong-un, criticized, on Friday (19), the offer of economic aid made by Seoul in exchange for the denuclearization of the communist country, which he called “the height of absurdity”. “, ruling out the possibility of face-to-face negotiations.

His words respond to the plan presented this week by South Korean President Yoon Suk-yeol to provide the North with food, energy and infrastructure if the country abandons its nuclear weapons program.

Analysts had already anticipated the bid’s slim chances of success as Pyongyang invests much of its wealth in its military program and has repeatedly made clear that it will not accept such a deal.

Kim Jong-un’s sister, Kim Yo Jong, has warned that the premise that the North will negotiate over its nuclear program is false. “By thinking that the plan to exchange ‘economic cooperation’ for our honor, our nuclear weapons, is Yoon’s great dream, hope and plan, we realize that he is really simple and still childish,” he said in a statement released by official KCNA agency.

North Korea has implemented a record number of weapons tests this year, including the launch of an intercontinental ballistic missile. The United States and South Korea have warned that Pyongyang is preparing the seventh nuclear test in its history.

Previous Galaxy Z Fold 4 vs Xiaomi Mix Fold 2 comparison: which is better?
Next Concept art brings the MCU’s Mighty Thor with a look true to the comics