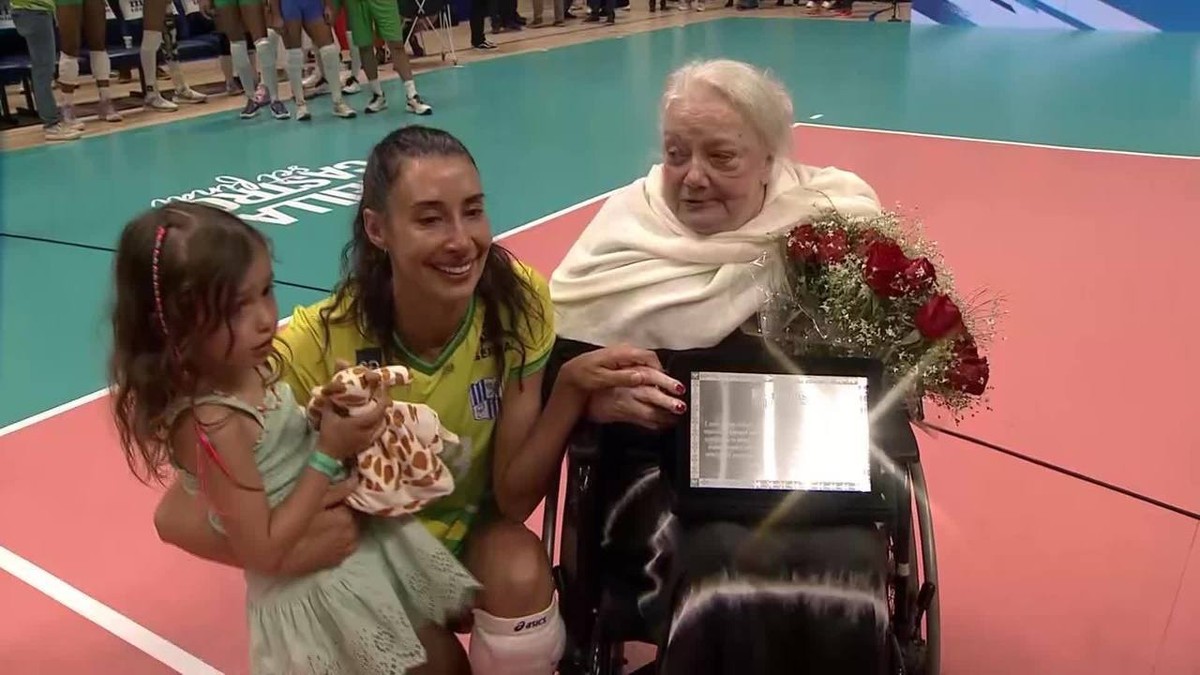 Sheilla took the court for the last time as a professional athlete this Friday. A beautiful party in the gymnasium of Minas Tênis Clube, in Belo Horizonte, in honor of the multi-champion career of more than 20 years. 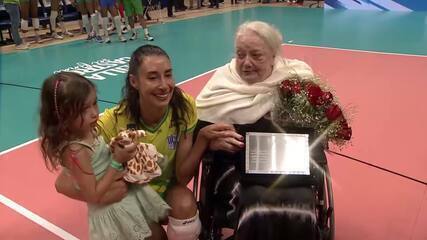 Sheilla gets emotional when Dona Terezinha enters the court

With each shot, a different vibration from the stands that could see stars from the past and present of volleyball. In the end, hugs and emotion from everyone who was able to experience the end of a successful career. The two-time Olympic champion thanked her.

“I’m overflowing with happiness and gratitude”

– I think it’s gratitude from everyone who came to have this party. I just have to thank everyone, fans, press. I held back hard not to cry, but I knew this moment would come. I am very happy and grateful for all this recognition. I’m very emotional – said Sheilla in an interview with Sportv.

Sheilla was asked if there was something missing in her career.

– World (laughs). No, I always tried to give my best, in all the championships I participated. Everything that happened was my daily construction. I joked that I missed the world championship, but I was world champion with Osasco and in youth.

Those “summoned” for the party were José Roberto Guimarães, passing through colleagues from Minas, such as Macris, Carol Gattaz and Gabi; historical names in Brazilian volleyball, such as Fofão and Fabiana, and also multi-champions in the men’s, such as setters Maurício and Willian, and libero Serginho Escadinha. On court, 36 Olympic medals in total. 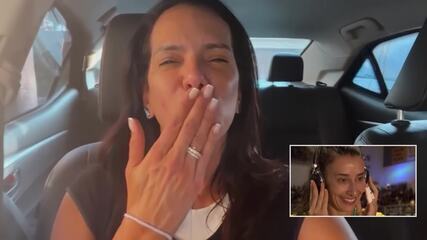 Sheilla reacts to testimonials on her farewell (1)

It was a three-set friendly with 25 points. The teams were named “Team Beijing” and “Team London”, in reference to the two places where Sheilla won the gold medal for the Brazilian national team. The result was 2-1 for Team Beijing (25/21, 22/25 and 26/24 partials).

Before the match, a lot of celebration for the player. There were several tributes, such as the delivery of special plaques, a framed Minas Tênis shirt and a lot of affection from friends and family, especially from her grandmother, from whom she received a plaque and flowers. It was the moment when the multi-champion was in tears, before the match.

In the first set, Team Beijing, the team that Sheilla was defending, reached a 15-point lead. The advantage awakened the competition and Team London touched the scoreboard, reducing the distance from 15 to four points and the score was 24 to 20. At the end of the first part, an advantage for Team Beijing by 25 to 21 in 26 minutes.

In the second half, Sheilla switched sides and defended Team London. The game continued at a disputed pace, despite being friendly. Neither team strayed from the scoreboard, and the dispute was point to point.

At halftime, Carol Gattaz paid tribute to Sheilla. She sang a song in honor of her teammate. 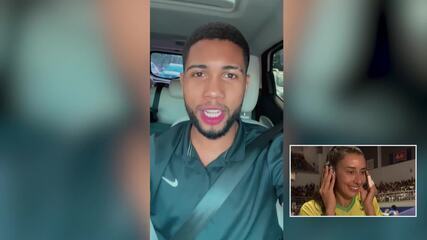 Sheilla reacts to testimonials on her farewell (2)

In the third set, the teams merged. Sheilla played for the Beijing team in the last part of her career. The London team came to open an advantage, but the party could not end with the team’s defeat to two-time Olympic champion. In the end, there was a turnaround with a sequence of points, with the last one scored by one of the greatest in the history of volleyball.

The 39-year-old opposite started her career at Minas in 2000. She spent four seasons in her first spell. In 2002, the Superliga title at the age of 17. After that, the opposite’s career took off, and she accumulated titles in Italy and for the Brazilian team.

Defending Brazil at the Olympics, there were two Olympic titles: Beijing (2008) and London (2012), with a prominent role. Sheilla also passed through São Caetano, Rio de Janeiro, Osasco, VakifBank-TUR before returning to Minas in 2019.

Previous Fast & Furious 10 Loses Its Director
Next Why are video games still so expensive in Brazil?