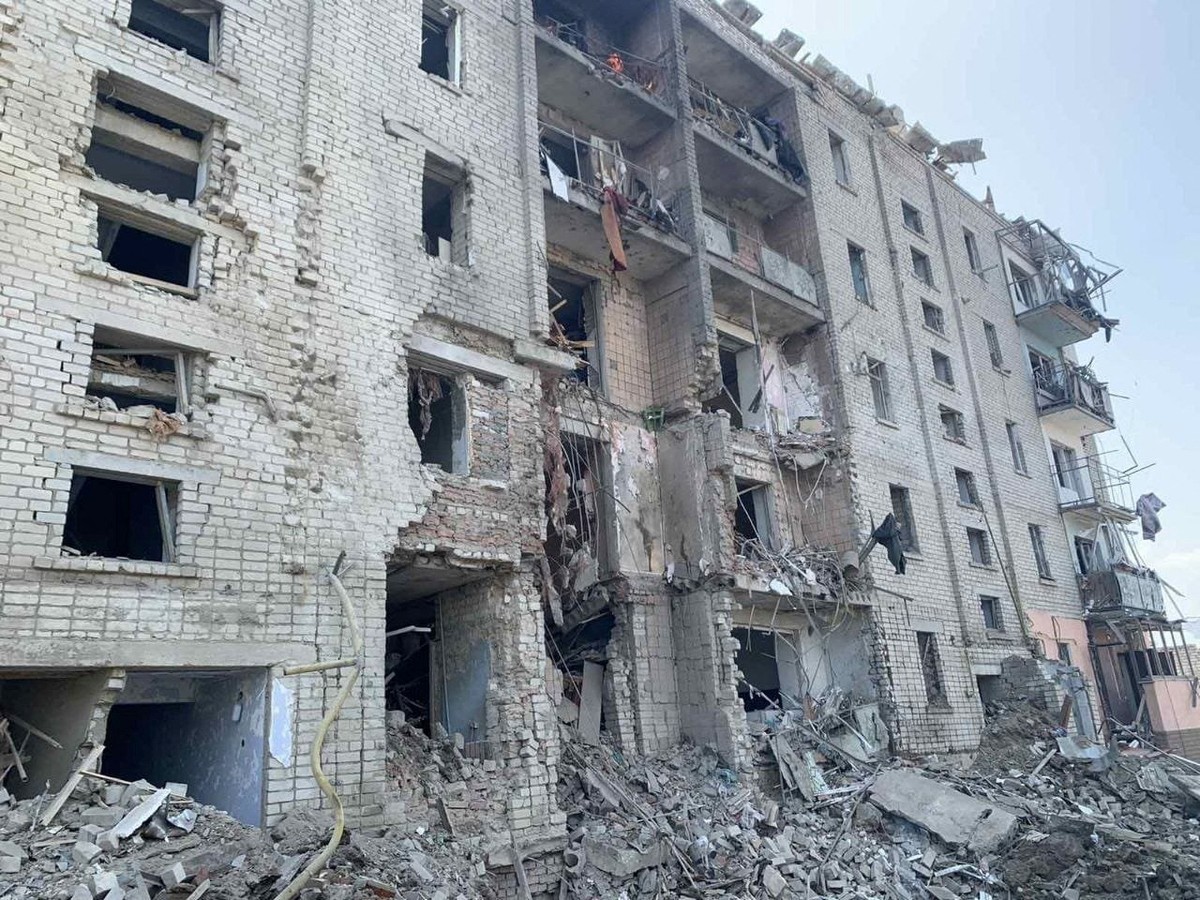 Twelve civilians, including four children, were injured on Saturday in a Russian bombing raid on the southern Ukrainian city of Voznessensk. The site is about 30 kilometers from the Pivdennoukrainsk nuclear power plant, Ukrainian authorities said.

The attack damaged several houses and an apartment building, the governor of the Mykolaiv region, Vitaliy Kim, reported on Telegram. Anti-aircraft alerts sounded repeatedly throughout the day in the affected area.

“It is possible that the missile was aimed specifically for the nuclear power plant of Pivdennoukrainsk, which the Russian army tried to take control of, at the beginning of March,” said in a statement the company Energoatom, which operates the four Ukrainian nuclear plants.

Russia did not immediately react to this accusation. The Reuters news agency could not independently verify the situation in Voznessensk. No damage was reported at the Pivdennoukrainsk plant, the second in the country after Zaporizhzhia in the south-east of the country.

During a phone conversation on Friday, the presidents of Russia, Vladimir Putin, and France, Emmanuel Macron, agreed to organize “as soon as possible” an inspection of the Ukrainian nuclear plant in Zaporijia, the target of recent attacks. bombings.

According to the French government, Putin accepted that the mission of the International Atomic Energy Agency (IAEA) “pass through Ukraine”. The Russian leader “emphasized that the systematic bombing […] of the territory of the Zaporijia nuclear power plant creates a danger of a large-scale disaster, which could lead to radioactive contamination of vast territories”, according to the Kremlin.

Kiev and Moscow accuse each other of dangerous bombings there. The Ukrainian government says Russian troops are shooting at the nuclear plant to accuse Kiev of these bombings.

NATO denounces that the Russian occupation of the Zaporijia plant “poses a serious threat to the [e] increases the risk of a nuclear accident or incident” in Europe.

A member of the rescue team helps to evacuate civilians from a building hit by a Russian attack in Voznesensk, Ukraine.

Previous Cruzeiro and Ronaldo are sentenced to R$ 2.6 million in action by goalkeeper who never played for the main team | cruise
Next Video shows plane emergency landing on road – Prisma