What a fright! Pilots sleep and pass airport where they were supposed to land plane

There are people who sleep anywhere. Just pull over and go to sleep. On the plane, then, he even snores, especially on longer trips. This is a very common situation with passengers. But not with the pilots! And that’s exactly what happened on an Ethiopian Airlines flight in Africa: the two pilots slept and passed the point where they were supposed to land.

The Boeing 737-800 flight left Khartoum, Sudan, for Addis Ababa, Ethiopia. The journey took about 2 hours and everything was under control, with the autopilot on. But when the time came for the plane to make the descent, nothing happened – the boeing was still high, at 11,000 meters of altitude.

Air Traffic Control officials radioed the pilots to no avail (sleep must have been deep!). It was then that the autopilot shutdown alarm sounded, which was programmed to work until arrival at the airport. As the plane passed the descent point, the alarm went off!

The sound finally woke up the pilots, who regained control and finally landed, 25 minutes after having flown over the airport. 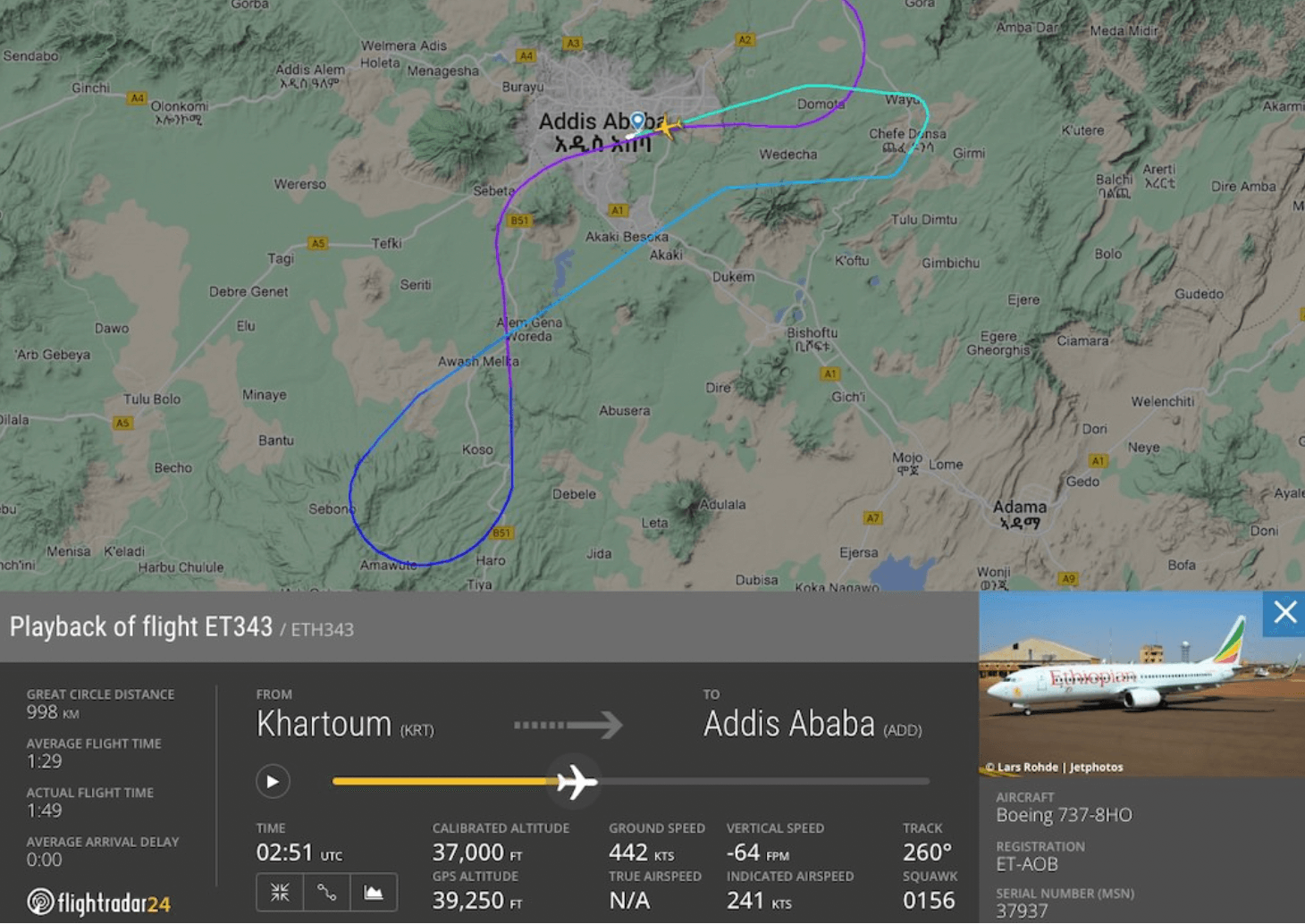 After 2 and a half hours on the ground, the same plane left for another flight. We just hope it was with other pilots, who were rested and without sleep.

*With information from The Aviation Herald and FlightRadar24 websites.

Has anyone ever heard of something similar? I hope that on my next flight the pilot will go to work relaxed so as not to give the passengers this scare.