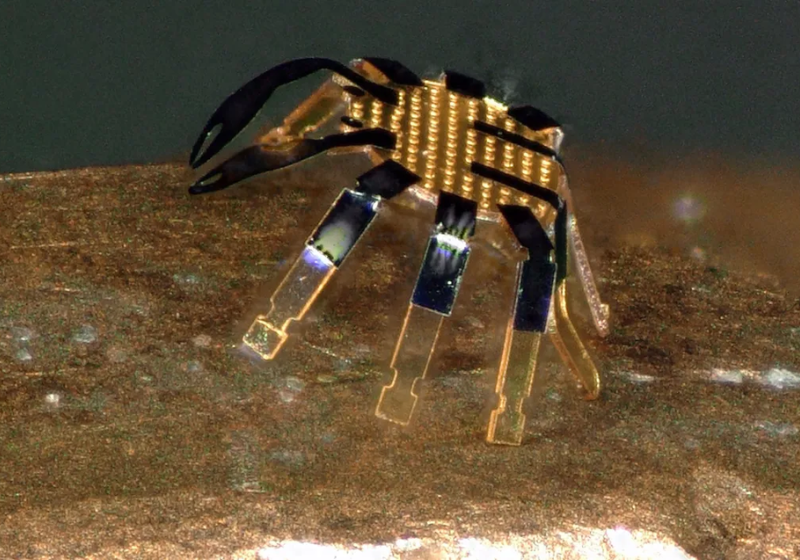 Can you imagine an assistant just half a millimeter wide, in the shape of a crab, assisting doctors in very delicate surgeries? This is the most recent creation of engineers at Northwestern University in the United States. They’ve developed the world’s smallest remote-controlled walking robot!

Looking like a tiny crab, the mini robot is capable of reaching “inaccessible” places and doing impressive things in medicine and other areas too:

“You can imagine these robots as agents to repair and assemble small structures or machines in industry, or as surgical assistants to clear clogged arteries, stop internal bleeding or eliminate cancerous tumors, all in minimally invasive procedures,” explains robotics professor John Rogers. , lead author of the study.

And this same innovative technology can still help in the development of other intelligent microscopic robots, capable of performing complex tasks in tight or difficult-to-access spaces, such as mines and rubble, or even in surgeries inside the human body.

The possibility of creating the smallest walking robot in the world was only possible thanks to the use of lightweight and less complex technology than those normally used.

Instead of being powered by complex hardware, hydraulics or electricity, these little robots work with the help of their bodies’ elastic resilience.

To build them, the researchers used a material with a kind of latent “memory”, capable of deforming and returning to its original shape when heated.

The mini robot has a laser beam that is used to quickly heat up specific parts of its body, while a thin layer of glass returns the deformed place to its initial state after cooling.

As the robot changes from one phase to another, locomotion motion is created. This same laser is also used to determine which direction it should go.

As these structures are very small, the cooling rate is very fast, providing good travel speed.

Inspired by a children’s book

To manufacture such a tiny creature, scientists resorted to an assembly technique inspired by a children’s modeling book, known as “pop-up”.

These precursors were placed on a slightly stretched rubber substrate which, when relaxed and heated, causes the robot to “emerge” with precisely defined three-dimensional shapes.

It is as if the user squeezes a flat object until it transforms into a palpable figure.

“With these assembly techniques and material concepts, we can build walking robots of almost any size or 3D shape, including earthworms, crickets and beetles, capable of moving through confined spaces where another robot cannot even enter,” explains John.

The robots are still in the development stage and were created primarily for academic purposes, but the technology used to make the tiny crabs has potential, Rogers said.

Small robots could be used to perform minimally invasive surgery or help with the assembly and repair of small-scale machines, he said.

Now the team is working to expand the robot’s capabilities. “As an ambitious goal, I asked the students to come up with a way to make these robots fly – maybe impossible, but fun to think about,” the professor imagined. 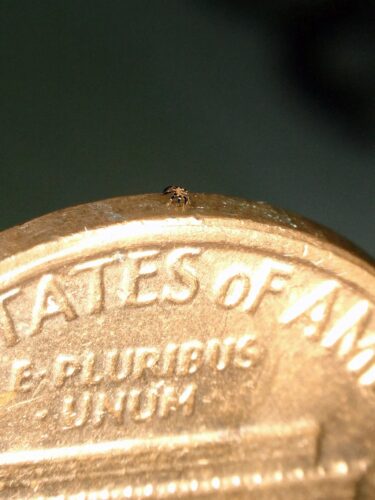 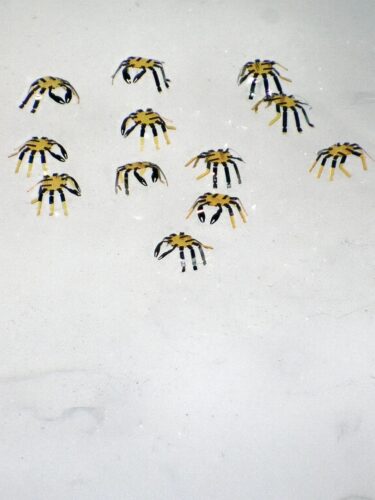 Technique allows the manufacture of several robots at once – Photo: Reproduction / Northwestern University

With information from Northwestern