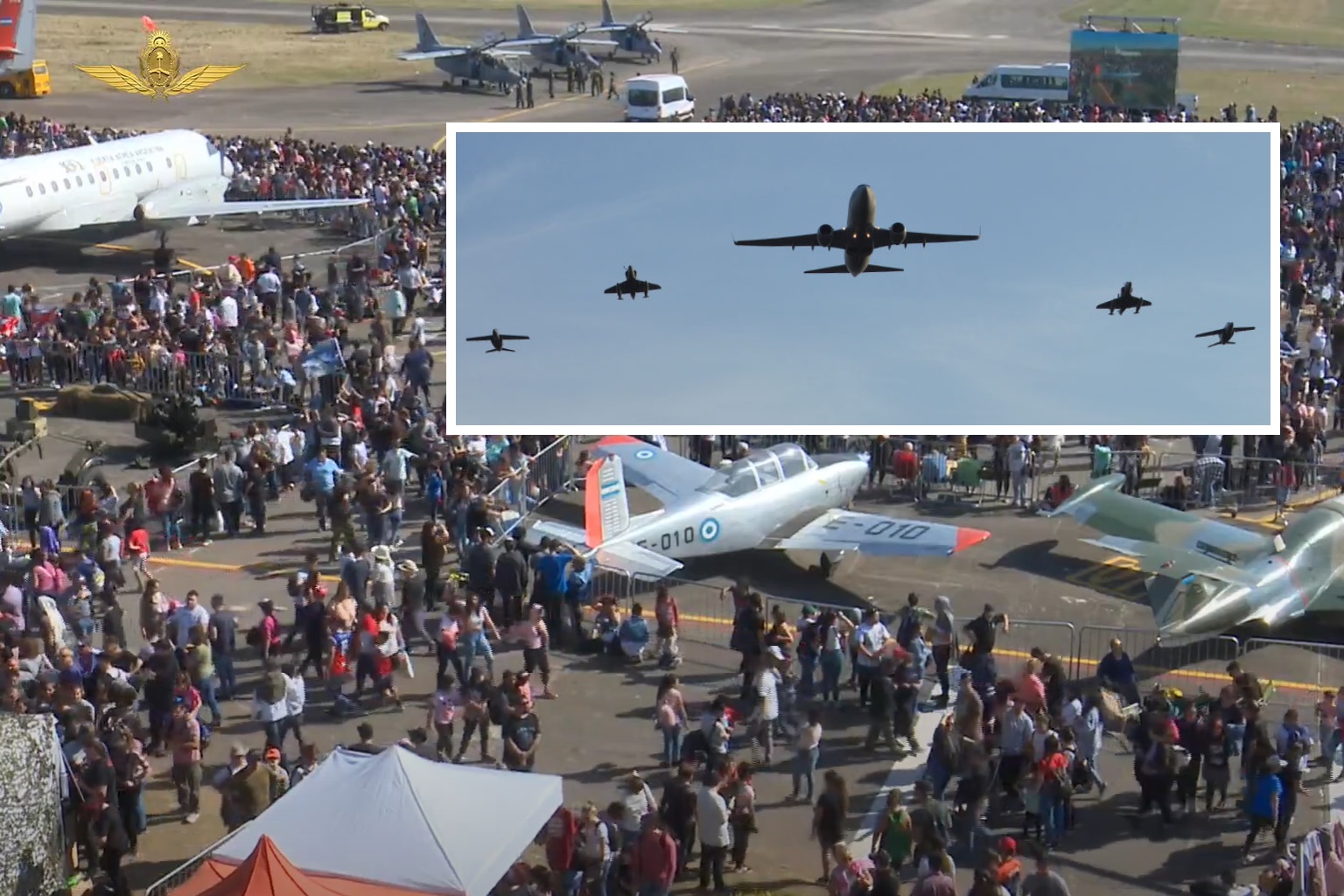 After 7 years without happening, almost 4 million go to the most important air show in Argentina

During the last weekend, August 13 and 14, the Argentine Air Force (FAA) continued with the celebration of its 110th Anniversary with “Argentina Vuela 2022”, a unique event with free admission that was held at the Morón Military Base .

According to the FAA, almost 4 million aeronautical enthusiasts visited the place to enjoy and be moved by the most important air show in the country.

On the first day, families were welcomed with the interpretation of the Military Music Band “Jorge Newbery” and the presence of hot air balloons parked in front of the National Aeronautics Museum.

Along with air tickets for several aircraft, the event included institutional stands of the organizations that make up the Air Force, in addition to dissemination spaces for other Armed and Security Forces with similar bodies.

In addition, some of the commercial stands had products linked to the world of aeronautics and there was a variety of gastronomic proposals and a children’s playground for the little ones to have fun.

In both days, the Historic Mentor B-45 Squadron (Beechcraft T-34) was the first to cross the sky, followed by the newly incorporated Huron TC-12B (Super King Air 200). The Fokker F-28 was also present performing air tickets and the aerobatic pilot Jorge Malatini dazzled the public with his maneuvers.

The Pampa IA-63 jet of the IV and VI Air Brigades was seen at full speed, and the event also featured air tickets from the T-6C Texan II turboprop aircraft. Then it was the turn of the VII Air Brigade’s Hughes 500 helicopters.

Likewise, the Embraer EMB-312 Embraer Tucano, based in the III Reconquista Air Brigade, arrived on the runway. Another of the most anticipated aircraft was the A-4 AR Fightinghawk of the V Air Brigade, with maneuvers at full speed.

A C-130 Hercules launched paratroopers from the Argentine Navy and the FAA’s Special Operations Group, who were applauded by the audience.

On Sunday, officials arrived aboard three IA-63 Pampas from the VI Air Brigade to take part in the most important air show in the country. The 34 Squadron composed of MIG-15s, T-6s and Stearmans was also presented, and the Lama Squadron was also present at the Conference.

One of the most unfolding aerial activities was the combat rescue exercise, which included the participation of a Tucano aircraft along with two Bell-212 and four Hughes-500 helicopters.

The air show included air tickets for the II Air Brigade’s Lear Jet 35s. In addition, the Boeing 737 recently incorporated by the Air Force was another of the planes that crossed the skies of Morón.

The Twin Otter flew over the runway carrying paratroopers from the Air Force Military Parachute Team (EMPARFA) and the Special Operations Group.

The mayor of Morón, Lucas Ghi, commented: “It is a joy to be able to share this moment, we had great expectations that it would be reproduced again, since 2014 we haven’t lived it. It was enjoyed as a family, in peace, and we were able to leverage the capabilities of the Defense industry, the technology that our Air Force has today.”.

The municipal authority defined the Argentina Vuela as “a reunion party after 2 years of pandemic”.

“It was a great effort that we made with the Ministry, with the Air Force, there are many people who worked to make this what it is today, incredibly a party.

Today everyone could enjoy what we are able to do. They saw different Weapon Systems, the skill of the pilots and it is called Argentina Vuela because we also call people who are not only from the Air Force, but also from the Army and Navy, civilians, the whole community is involved because our objective is just one: that let’s fly higher and faster and further.

Planes fly on fuel. The Air Force lives on the love of the people, that’s our fuel. Having you here today is essential for us to keep flying.”

Finally, the event ended with the musical concert by the band “Los de Fuego” and the airfare of the IA-63 Pampa, A-4AR Fightinghawk and Boeing 737 aircraft.

Previous After fiasco, Clube do Remo leaves four more players
Next Stephen King Recommends These 2 Horror Movies That Are On Netflix