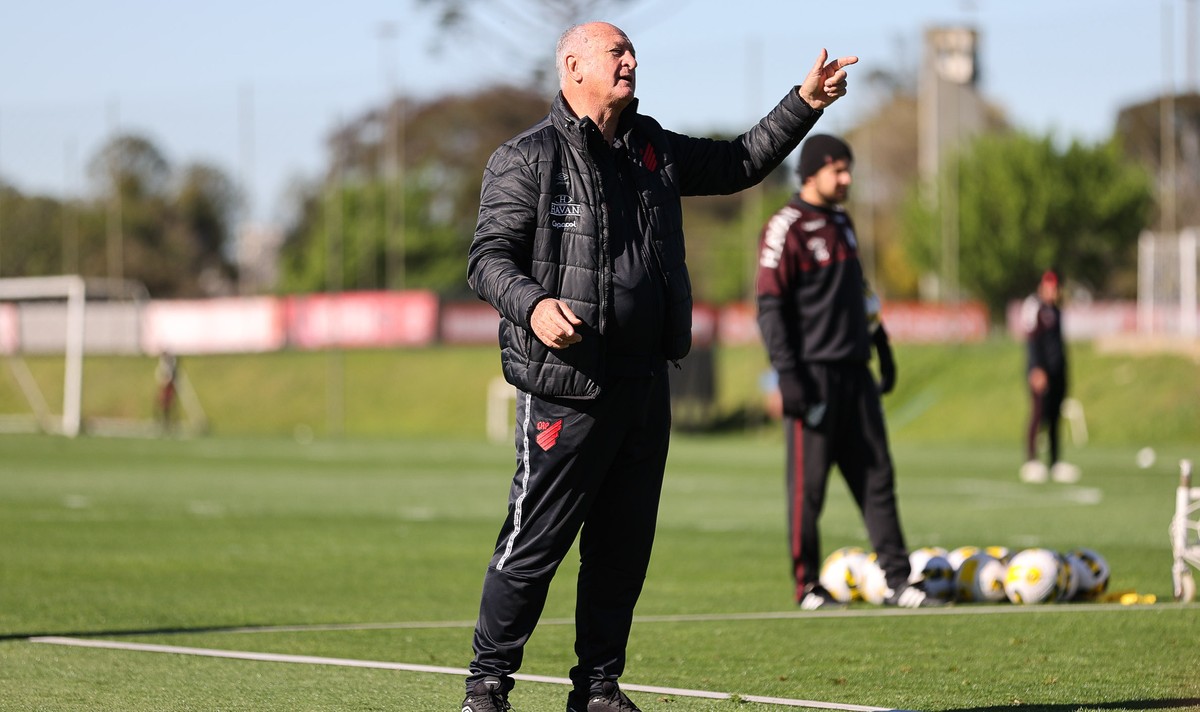 Athletico finished its preparation to receive the America-MG, on Sunday, at 6 pm, at Arena da Baixada. Hurricane wants to forget about the elimination in the Copa do Brasil and focus its forces on the Brazilian Championship.

After using a formation with three defenders, Felipão will return to the old system, he will draw a defender and place a more offensive midfield.

The coach counts on the return of the midfielder Alex Santana and striker Vitor Roque. Both could not play in the knockout stage and were starting in other competitions.

In the lineup, Erick must lose space and start on the bench. In the attack, Roque and Pablo dispute position, while Cuello appears as an option for the side of the field.

In fifth place, Athletico started the round one point ahead of Fluminense, fourth, and two behind second-place Flamengo. Only the leader Palmeiras, with 48, is isolated at the end.

With Libertadores on the radar, the club wants to consolidate itself in the top positions since, in the other week, the rubro-negro has three days of recovery from the game against Ceará for the duel against Palmeiras, for the first leg of the semifinal of the competition. .

Previous Brad Pitt gets emotional and makes rare comment about viral video of daughter Shiloh dancing; watch
Next choose a key to find out what the message is