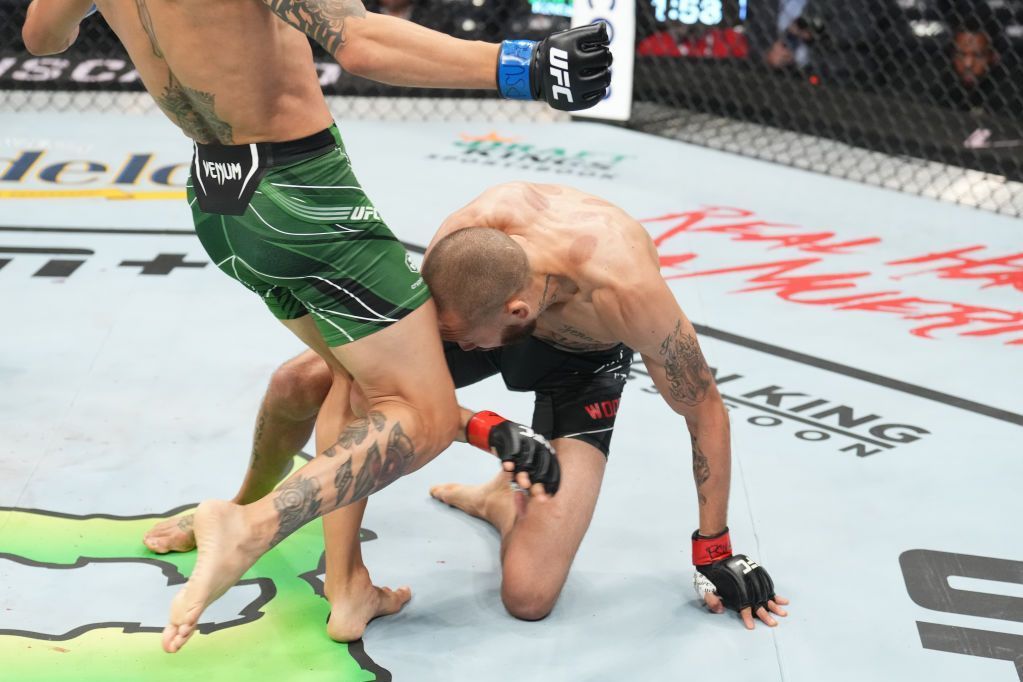 On the preliminary card of UFC 278, in Salt Lake City, Americans Sean Woodson and Luis Saldana ended in a tie, something unusual in the MMA world.

The fight would most likely have been won by Saldaña, but an illegal knee in the first round took away his chances of winning, as it cost him a point in the judges’ decision.

In the first round, Saldaña dominated and knocked his rival down on two occasions. However, instead of going for the blitz and trying to end the fight, he preferred the provocation, indicating that he wanted to knock out the opponent standing.

On the second knockdown, Saldaña waited a few seconds and kneed while Woodson was getting up, with three grips on the ground, which is illegal in the UFC..

Referee Mike Beltran chose not to end the fight, as he could disqualify Saldaña, who at this moment was celebrating, thinking he had won by knockout. Beltran asked for time, let Woodson recover and took a point from the other fighter, which ended up being decisive for the final result.

On Twitter, the MMA world reacted to Saldaña’s illegal knee (see the translations after the posts, below in the text).

This fight should be over as a no contest, Saldana is the dumbest fighter I’ve ever seen #ufc278

That man should be straight up DQd, he walked into that with time to make a calculated decision #UFC278

Omg an illegal knee! What the fuck, that wasn’t even close to being legal #UFC278

“This fight should end as a no contest, Saldana is the dumbest fighter I’ve ever seen”, Joe Giannetti.

“This man should be straight disqualified, he got into this with time to make a calculated decision,” Damien Brown.

“My God, an illegal knee! Fuck, that wasn’t even close to being legal,” Casey O’Neill.

See below the results of UFC 278