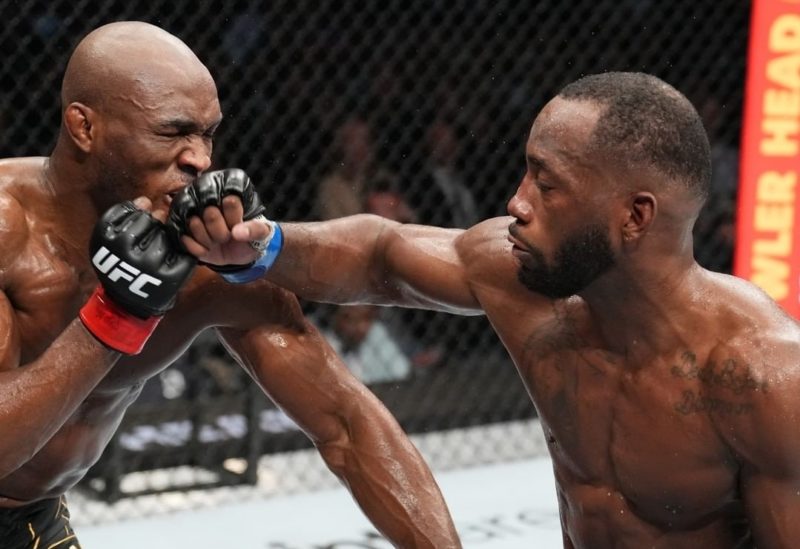 Historic. In the main fight UFC 278held this Saturday (20), in Salt Lake City (USA), Leon Edwards shocked the world in the welterweight belt dispute (up to 77kg.) against Kamaru Usman. Controlled for much of the match, the challenger staged a historic comeback and knocked out the Nigerian with an overwhelming high kick in the final minute of the final round. The knockout consecrated the Englishman as the new champion of the division, and redeemed the athlete from the defeat suffered by his rival in 2015.

With the victory, Edwards ends Usman’s reign, which started in 2019. In addition to the conquest, the new king of the category extends his great phase, reaching the mark of 10 fights without defeat.

Surprised by Leon’s lightning attack, Usman suffers his second setback as a professional in MMA. The only setback in the Nigerian’s career had come in 2013, when he disputed his second commitment in the sport.

off in UFC 278, Kamaru also missed the opportunity to reach a historic milestone in Ultimate. If he left the Octagon with the win, the Nigerian would match Anderson Silva as the longest winning streak in the organization, with 16.

‘Owner of the party’, Edwards recovered from the defeat suffered by Usman in 2015. In the first meeting, the former champion had won the unanimous decision of the judges.

The match started with Edwards taking the initiative with a front kick, saved by the champion. The challenger continued throwing low kicks, trying to undermine Usman’s base, which was skimping on attacks. With little more than a minute left, Kamaru looked for a takedown, but Leon took cover. With almost two minutes of confrontation, Edwards tried a sweep, but ended up losing his balance and falling under the Nigerian. The Englishman managed to get to his feet, but Usman was still glued to his opponent. The champion pressed the opponent against the bars and tried to take the Englishman to the ground. With two minutes left in the stage, Leon surprised and reversed the situation, knocking the Nigerian down. On top, Edwards was looking to find the opening for a chokehold. The challenger got to the back and was trying to finish in the fast lane. The champion resisted and avoided the advance of the opponent’s actions, until the timer ran out.

In the second half, Edwards was the first to attack, with a kick and a sequence of crosses. The champion responded with uppers and began to press the challenger against the bars. Still in the first minute, the Nigerian attacked with hooks and crosses and Leon managed to evade. With almost two minutes, the fighters began to exchange blows in the center of the octagon. Usman scored with two jabs and Edwards responded with a straight. With just over two minutes to go in the round, Kamaru returned to use grappling and pressed his opponent against the bars. Leon pulled away and attempted a takedown, but the Nigerian held up well. In the final seconds, Usman started to attack the opponent with powerful hooks in the belt line and, in the sequence, took the Englishman to the ground. The round ended with the champion hitting him on the ground and pound.

The third round began with Edwards launching a high kick, which exploded into the champion’s guard. With just over a minute, Kamaru got a crush on English. Leon managed to get to his feet, but he was pressed against the bars. Usman reached the back and launched knees into the opponent’s thigh. Halfway through the round, the challenger managed to break free. Usman was more aggressive and, after hitting the opponent with hooks, took the opponent to the ground for the second time in the stage. With one minute left, Kamaru controlled the actions and prevented the rival’s recovery. The round ended with the Englishman getting to his feet and receiving a cross from the opponent.

In the fourth round, the first attack came from Edwards, with a low kick. Usman connected a clean jab to the challenger’s face, who responded with a front kick. Still in the first minute, Leon dodged an attack from the champion and managed to reach the back. Kamaru tried to free himself, but the Englishman didn’t give him space, pressing the Nigerian against the bars. After Leon’s attack, Usman managed to get away and, in the sequence, managed to take down his opponent and started to attack in the ground and pound. On top, the Nigerian claimed the advantage and managed the result of the round. Leon managed to stay on his feet, but the champion was still ‘glued’ to his rival. In the final seconds, Usman began to attack the Englishman with combinations of punches, but there was no more time.

The champion was the first to attack in the last round, with a string of jabs. Usman surrounded Edwards and looked for the best moment to attack. With just over a minute, Kamaru attempted a takedown, but the Englishman defended himself. The Nigerian kept the opponent with his back to the bars and controlled the actions. With two minutes left in the round, Edwards landed a clean straight to the champion’s face. The match was then stopped due to a low kick applied by the challenger. In the final minute, Edwards connected a high kick that exploded in the Nigerian’s head, leading the opponent to an immediate knockout.

Welterweight (up to 77kg.): Leon Edwards defeated Kamaru Usman by knockout at 4m04s of R5 – Fight for the belt

Light heavyweight (up to 93kg.): Tyson Pedro defeated Harry Hunsucker by TKO at 1m05s of R1