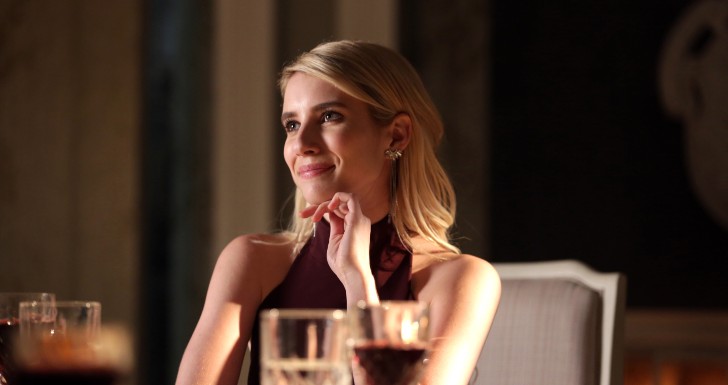 Emma Roberts enchants in the trailer for About Fate

Emma Roberts is the protagonist of the romantic film “About Fate” which recently won its first trailer and this project promises to warm the hearts of those who see it.

Alongside Thomas Mann (“Halloween Kills“), Emma Roberts, brings to the public what could be the best romantic comedy of this year. “About Fate” finally got its first trailer and should hit theaters next month. From the images provided in the trailer, we can assume that “About Fate” looks like a rather fun and exciting romantic comedy that gains even more interest from the audience due to the charming performances of its main couple. Tiffany Paulsen, the screenwriter, was also responsible for the script for the romantic comedy Netflix, “Holidate”, in which Roberts also participated and the final result was very positive. For that reason, we can expect another project worthy of pleasing all fans of romantic comedies.

“About Fate” is a kind of tale about two people who believe in love, but who can never seem to find its true meaning. So, in a twist, fate puts them in each other’s paths on a New Year’s Eve that presents itself as stormy and filled with comedy and chaos.

As for the more technical part of the film, the cast includes the likes of Madelaine Petsch, Lewis Tan (“Mortal Kombat”), Britt Robertson (“A mouthful of air”), Fikile Mthwalo (“Illuminations: Short Films of Discovery”), Jared Troilo (“Across the Pacific”), Cheryl Hines, Dennis Staroselsky (“Love, Weddings & Other Disasters”) ”), Meeghan Holaway (“Tron”) and Verity Branco (“Kevin Can F**k Himself”). Marius Balchunas is the director of the film.

TRAILER | SEE HOW THE NEW FILM WITH EMMA ROBERTS WILL BE

So what movies have you seen with Emma Roberts?

Previous WhatsApp develops version for Windows that doesn’t need a cell phone
Next Grmio x Cruzeiro: probable lineups for head-to-head in Serie B