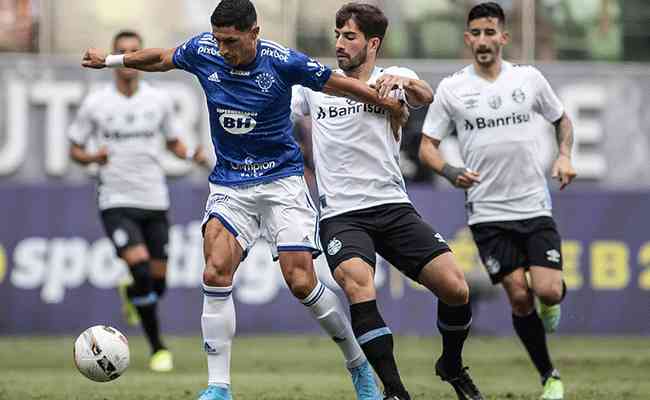 Grmio and Cruzeiro will star this Sunday (21/8), at 4 pm, in a classic of national football in Serie B, in a match valid for the 25th round. Before the match that will take place at Arena Grmio, the Gacha press highlighted the fight for the top positions and also stressed that it is a “Fox hunt”.

The GachaZH portal, which is a fusion of Jornal Zero Hora with Rdio Gacha, traditional media in Rio Grande do Sul, highlighted that the duel is a possibility of ‘hunting Raposa’, since Cruzeiro is the leader of Serie B of the Brazilian Championship and the team to beat.

In addition, the media pointed out that winning the Minas Gerais team is crucial for the final stretch of the season, as it increases the chances of winning the title and facilitates an internal factor. According to GZH, the mobilization of Grmio for the title dispute is pointed out by the board as an important factor to keep the group focused until the end of the year.

Correio do Povo, another traditional means of communication from the state of Gacho, highlighted that the game has a special character for Tricolor, as Roger Machado’s team can get closer to the leader, but also get closer to the goal: the return of the elite of Brazilian football.

In addition to the fight for access, the duel between Grmio and Cruzeiro is surrounded by rivalry. The two teams have already decided on the title of the 1993 Copa do Brasil, won by Raposa; faced each other in the 1997 Libertadores (year of the Cruzeirense bichampionship), in the first phase and in the quarterfinals, and in the 2009, in the semifinals.

In Serie B, Cruzeiro leads easily, with 53 points – nine more than vice-leader Bahia and 17 ahead of Tombense, fifth. Grmio (3rd, with 43) and Vasco (4th, with 42), complete the G4. A win away from home would put the Minas Gerais team with the biggest advantage from 1st to 5th place at this point in the Second Division: 20 points.