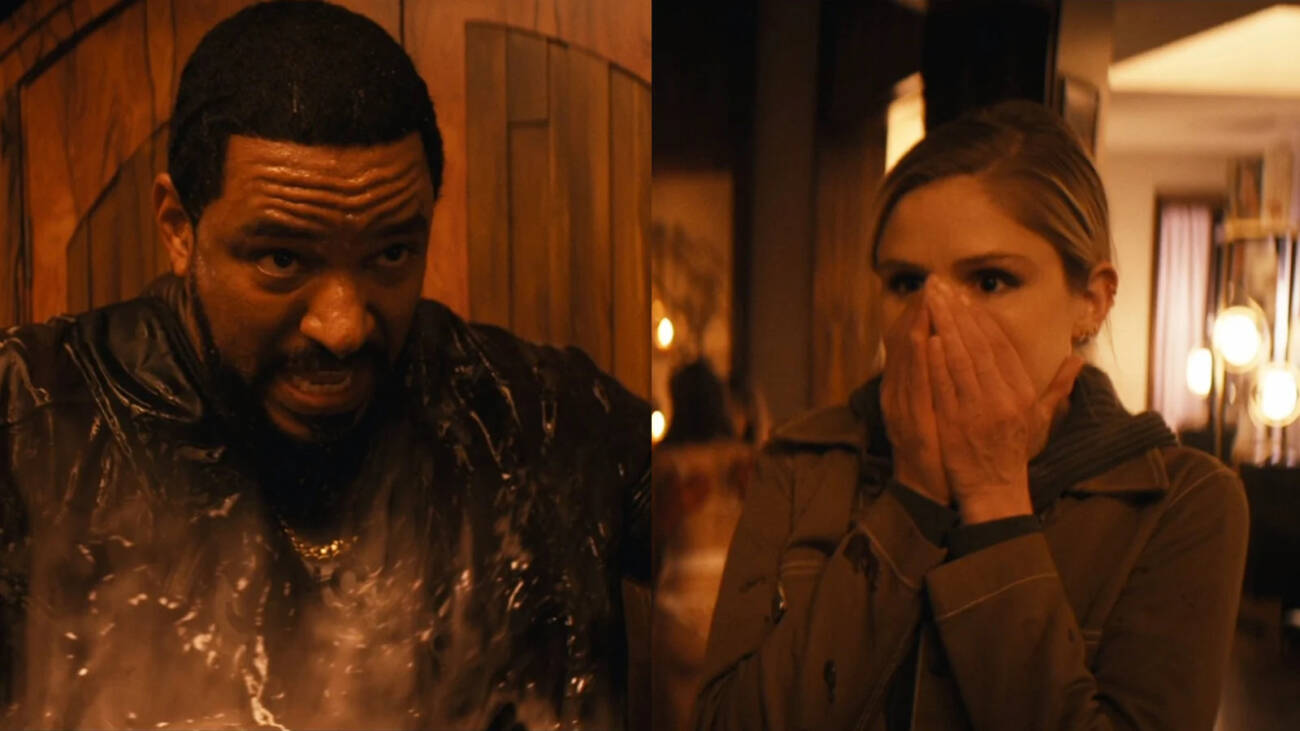 ‘Herogasm’ (The Boys) and the Most Controversial Episodes of Dear Series

the third season of the boys is in full swing. The most popular series on Amazon of all time, continues to bear fruit for the platform and already has its fourth season confirmed after the more than satisfactory audience numbers of this third year. The format that the company has found and that has proved to be very effective is one episode per week. And maybe this season no other will generate as much hype (perhaps just the season finale) as this week’s episode. Entitled herogasm, Season 3 Episode 6 promised… well, nothing less than a superhero sex orgy. There’s something you don’t see every day.

Thinking about this rather silly idea, we decided to create a new article featuring only the most controversial episodes of very famous and beloved series. Of course, the controversy can be for several reasons: the controversy over the theme of a specific episode, the fact that a certain episode did not please the fans and was quickly swept under the rug by the filmmakers (as if it had not existed) and even even episodes that become controversial in the eyes of today (from a politically correct era) for having aged badly, causing discomfort for their worldview, today considered unbeatable. In other words, it has everything. Check out some of the ones we selected for you below. 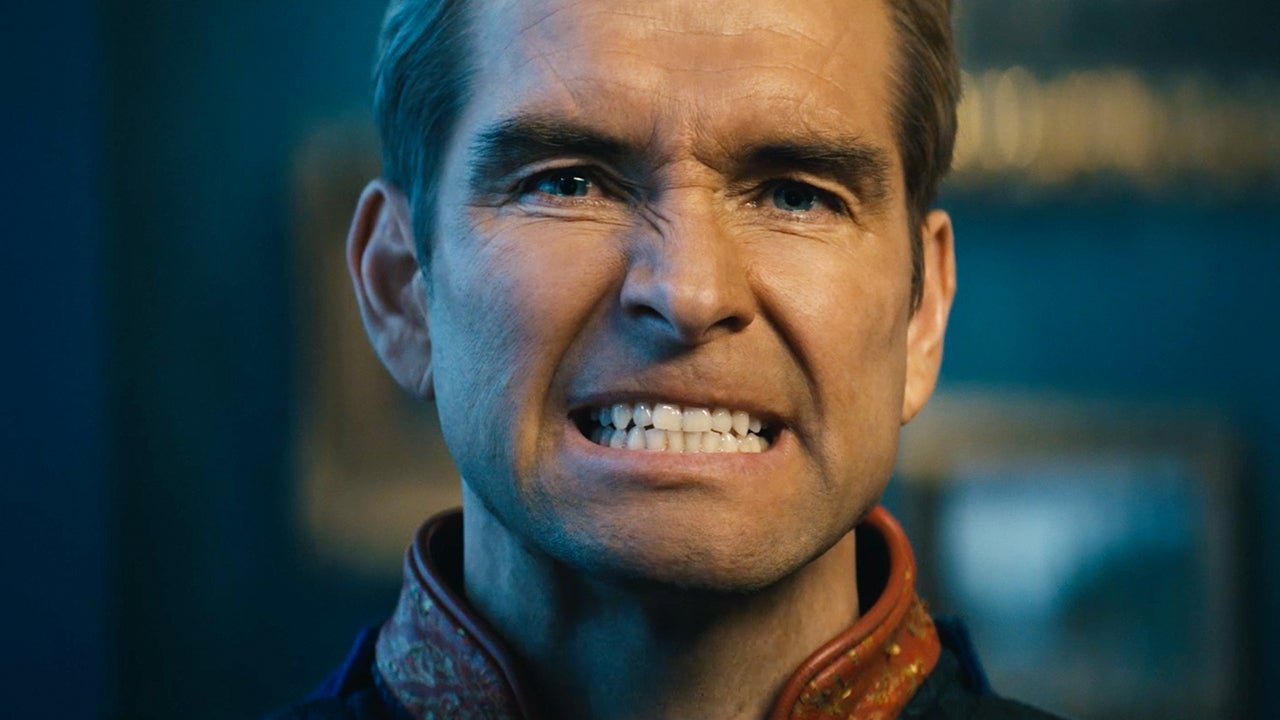 We start the list with the topic that motivated it. the boys is one of the most incorrect series today, extremely violent, lascivious, naked and raw, Amazon’s superhero show is definitely not suitable for the weak stomach. And this week, what the show promised us was nothing less than a super-hero spree, with powerful beings using their gifts, not to fight crime, but for sexual pleasure. Interestingly, despite the hype, herogasm did not run away from what we usually see in the boys. On the contrary, it was even more “tame” than other atrocities the series has shown, like Episode 1 of Season 3, which accomplished what fans had been asking for on the internet with Ant-Man and Thanos. You can already imagine. 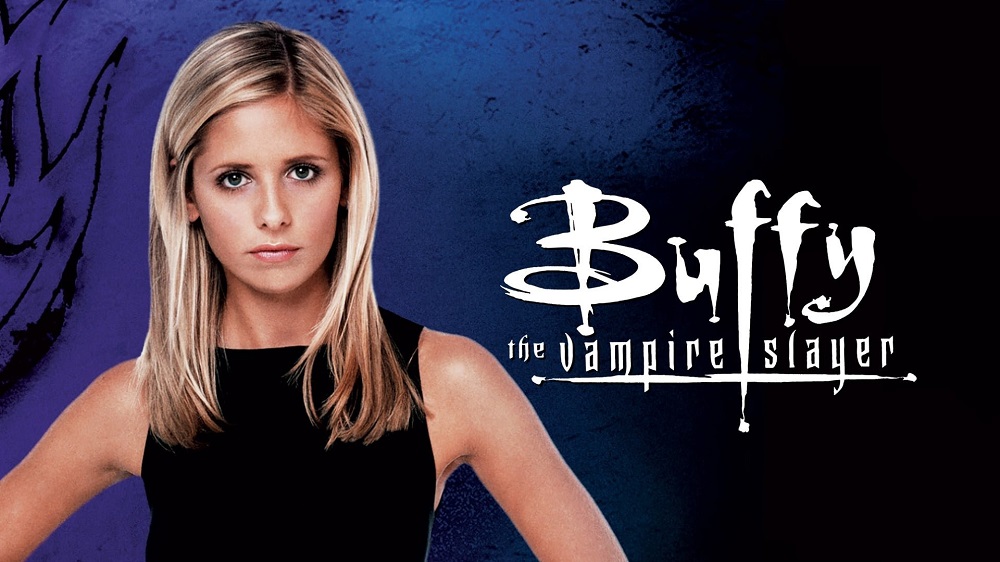 Going back in time to the 1990s, Buffy: The Vampire Slayer made history on TV, conquering a true legion of fans that lasts until today. Many may not know, but the idea started as a movie, which is turning 30 in 2022, created by himself. Joss Whedon (today himself a controversial figure). Other than that, the series made Sarah Michelle Gellar a Hollywood star at the time. buffy was not known for being a controversial series, on the contrary. But two episodes in particular were the ones that drew the most attention for their, shall we say, delicate themes. In ‘earshot‘, the 22nd episode of the third season, the heroine faces not a vampire, a demon or any haunting. Her challenge this time is a boy who enters the school armed. The episode created controversy because it was supposed to air shortly after the 1999 Columbine massacre and had to be postponed. Another delicate was ‘The Body‘, episode 16 of season five. One of the most dramatic in the series, here the protagonist says goodbye to her mother, who dies of a brain aneurysm. 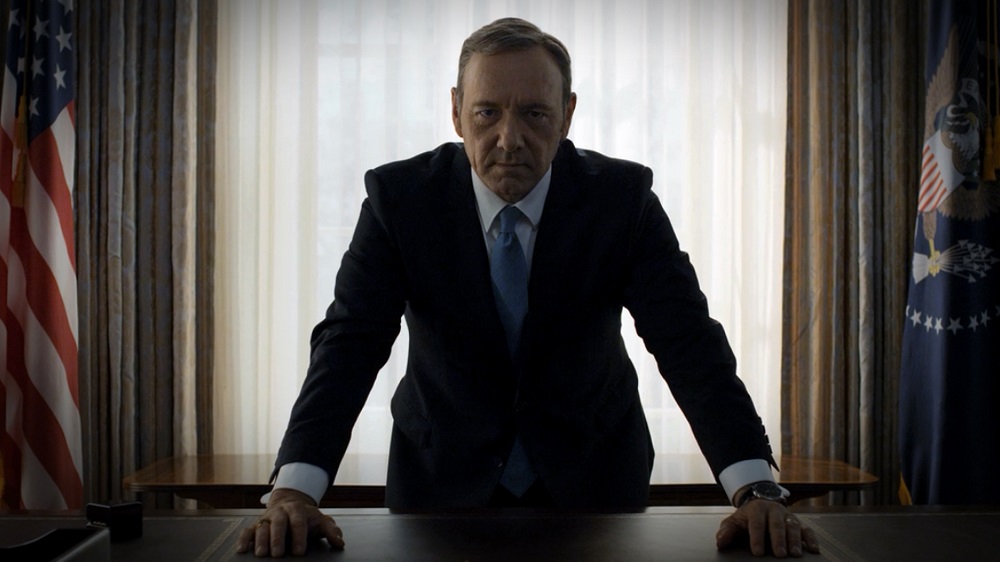 Controversy can strike a series from the outside in as well. That is, external factors involving the actors and directors can hamper the performance of a show, even more so if it is a big hit at its peak of popularity. That’s exactly what happened to House of Cards, the first Netflix phenomenon. Having premiered in 2013, the series is based on the British show of the same name, but managed to surpass the ratings of its predecessor. The plot talks about the swindles of the political world of big shots in the USA. when the protagonist Kevin Spacey began to be accused by several victims of sexual harassment, including behind the scenes of the program, the company had no choice but to “give the guy a foot in the ass”. But the show had to go on, and so, his wife on the show, role of Robin Wright, took over the vacancy left by the character. Although many applauded, the series’ ending should focus on the bitter divorce between the couple lived by Spacey and Wright. Instead, the filmmakers simply killed off the protagonist. 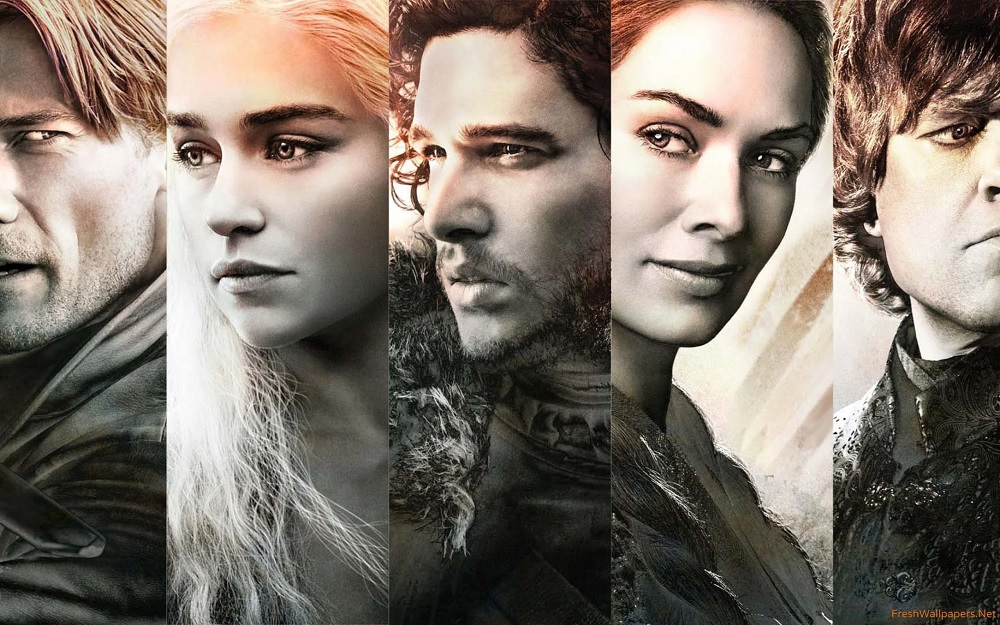 Like this the boysthe most popular series of all time on HBO, the medieval game of Thrones never skimped on sex and blood. The fantasy known for its scenes beyond spicy, and shocking and unexpected deaths, brought throughout its 8 seasons unforgettable, disturbing moments and several other polemics. One of the ones that bothered fans the most was the rape of Sansa Stark (Sophie Turner) on their wedding night, in episode 6 of season five. But not all the surprises that the series brought would prepare fans for the show’s denouement. This was a case where the controversy was in the script that the producers came up with for the ending. After so many years of dedication from fans, the last episode felt a bit rushed. Much of the characters’ fate was not completely accepted by fans, as Jaime and Cersei’s, Arya defeating the Night King, and Daenerys succumbing to the “dark side” and being killed by her lover Jon Snow pleased a total of zero. people. 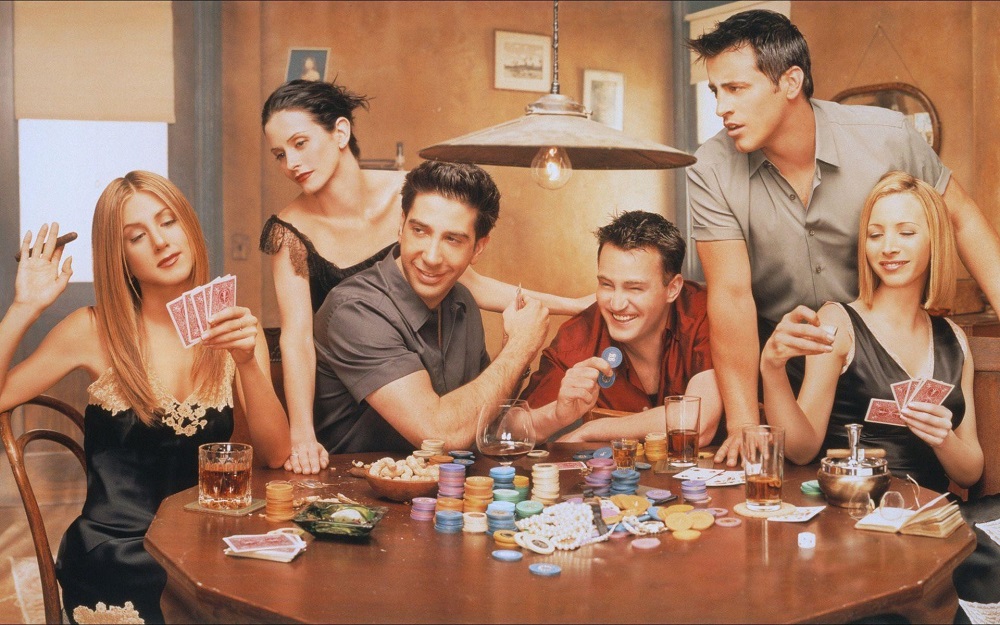 The hardcore fans of friends they don’t like it to talk, but just like any other series in the past, when we replay some episodes we can see that not everything continues to work. It’s natural, and there’s nothing wrong with it. After all, we lived in another time, with another mentality. But we also cannot close our eyes without pointing out that certain thoughts no longer fit, and can cause embarrassment. friends there are a “bunch” of episodes that go down well “square” nowadays. We have, for example, Monica (Courteney Cox) having sex with a minor, Phoebe (Lisa Kudrow) being sexually abused by Rachel’s Italian boyfriend (Jennifer Aniston), Ross (David Schwimmer) making a fuss because her son is playing with a doll, Monica when she was chubby in the past being the subject of clueless jokes (fatphobia shoots up), and so many other jokes made at the expense of Chandler’s father, a trans character in the series, who should to be a pioneer of relevance. It’s not worth canceling, however, just learning from past mistakes. 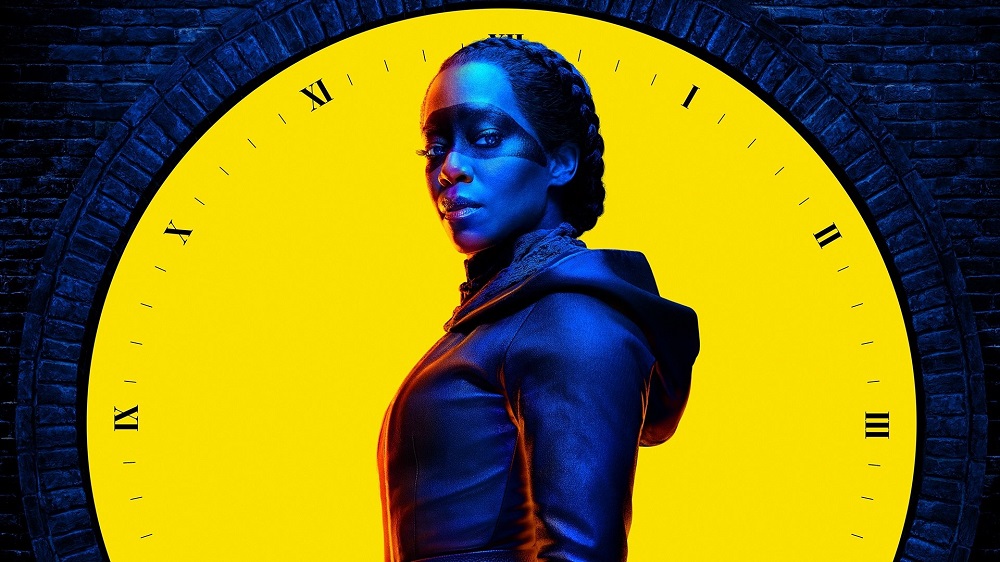 watchmen, the miniseries, is one of HBO’s best recent creations. The excellent series has received numerous accolades from critics and fans alike. Unfortunately, the show was unlucky enough to be released at a time when nerves were on edge, politically speaking. The so-called “sealing” was widely repudiated by those who have a more conservative (and hypocritical, by the way) worldview. In this way, the series, which is pure representation, suffered from the audience numbers, seeing a large part of the viewers simply turn their backs on it, due to its content, shall we say, more inflammatory. The creators claim that watchmen has always been political. And they are right. Thus, after the series premiere, the audience dropped by 200 thousand viewers after the exhibition of the controversial first episode. As many fans complained, the show was more interested in doing its leafleting than anything else. With such controversy, even if I wanted to, watchmen there was no chance of a second season.

sex and the city is considered a program ahead of its time when it comes to feminism, female independence and empowerment. The series speaks openly and bluntly about the sex lives of four friends in New York, their desires and dissatisfactions. Besides, of course, its pleasures. No judgement. Everything, taken in a very light way. The series had a somewhat controversial revival, as it did not have one of the four friends. The new series, called And Just Like That left out Samantha (Kim Cattrall), one of the most popular characters, due to the bad relationship between her and Sarah Jessica Parker in real life.

But we won’t talk about this controversy, but about an old episode, when the series was still at its peak of popularity. The episode mentioned is the 18th, which ends the third season and was aired in 2000. In this episode, the center of the controversy is precisely Samantha, who goes to war with some prostitutes working on her street during the night. Samantha can’t sleep and will take satisfaction with the “ladies of the night”, who by the way are trans. Things get worse until Samantha uses pejorative terms and even throws water on them. the trans actress Laverne Cox has already commented on the episode in an interview with Variety and said that while he still loves the series, it was disappointing to see black trans women enter the universe of a series as beloved as sex and the city this way. 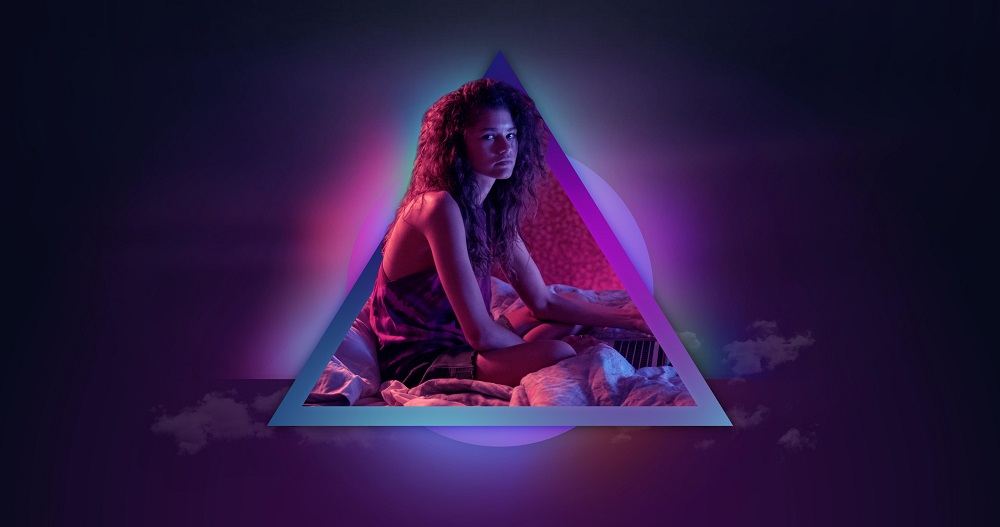 As said, shock value nowadays is one of the factors that can attract legions of fans to a TV show. Of course, such an element should not be free, but well-crafted. When this happens, it demonstrates that the directors of a given series are not afraid to go hard in order to demonstrate the potential of their script and narrative. One of the most daring of recent times is euphoriaa show that takes a typical teen series theme and completely subverts it.

the creativity of euphoria it’s not just in its visual, technical or the way it creates its characters and dialogues. euphoria is creative for embracing the controversy and its numerous delicate themes. We have, for example, a constant abuse of drugs and illicit substances by high school teenagers, especially the protagonist “zé droguinha” Rue (Zendaya). The truth is that the topic is treated as a disease, which it really is. Other than that, we have a lot of representation with the character Jules (Hunter Schafer), not only a trans character treated in an exemplary way by the script, but also a trans interpreter conquering space in Hollywood. We also have child abuse, highly toxic relationships, domestic violence, young people “selling” their bodies online and abortion, for example.

Previous Angola prepares for the fiercest elections in the country’s history; meet the candidates | World
Next Botafogo visits Juventude and seeks to win again after three games in the Brazilian 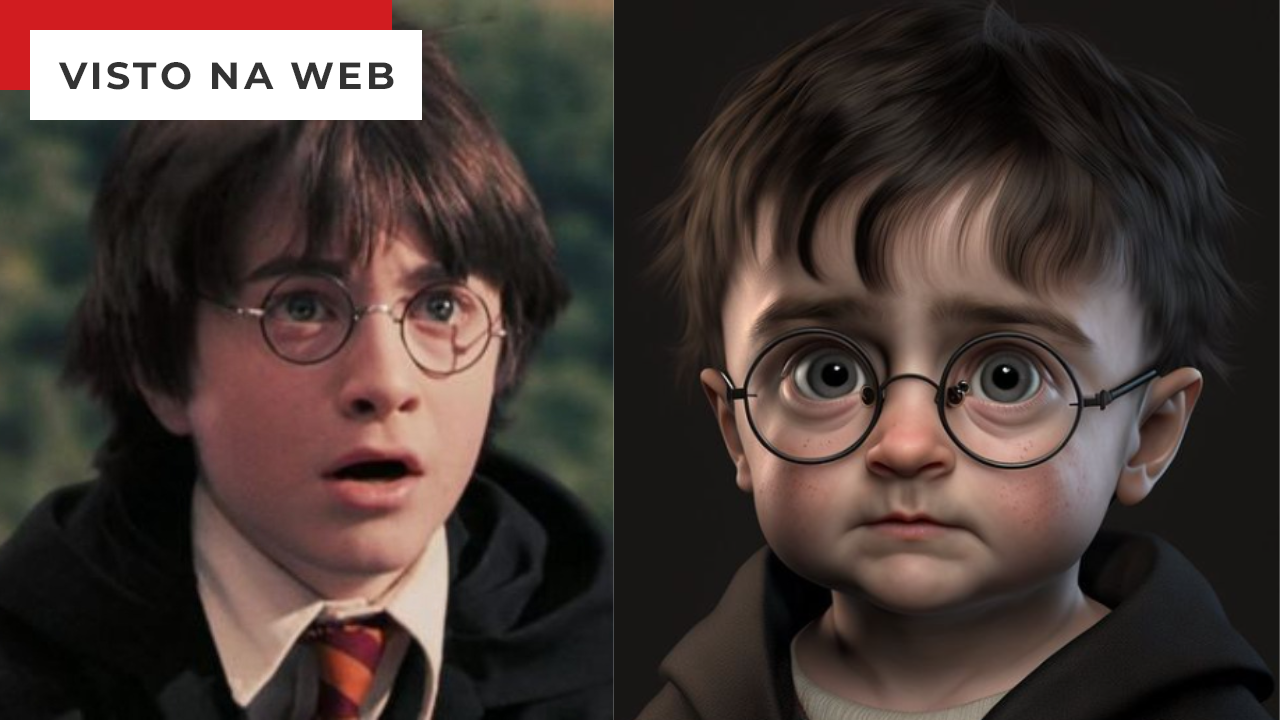