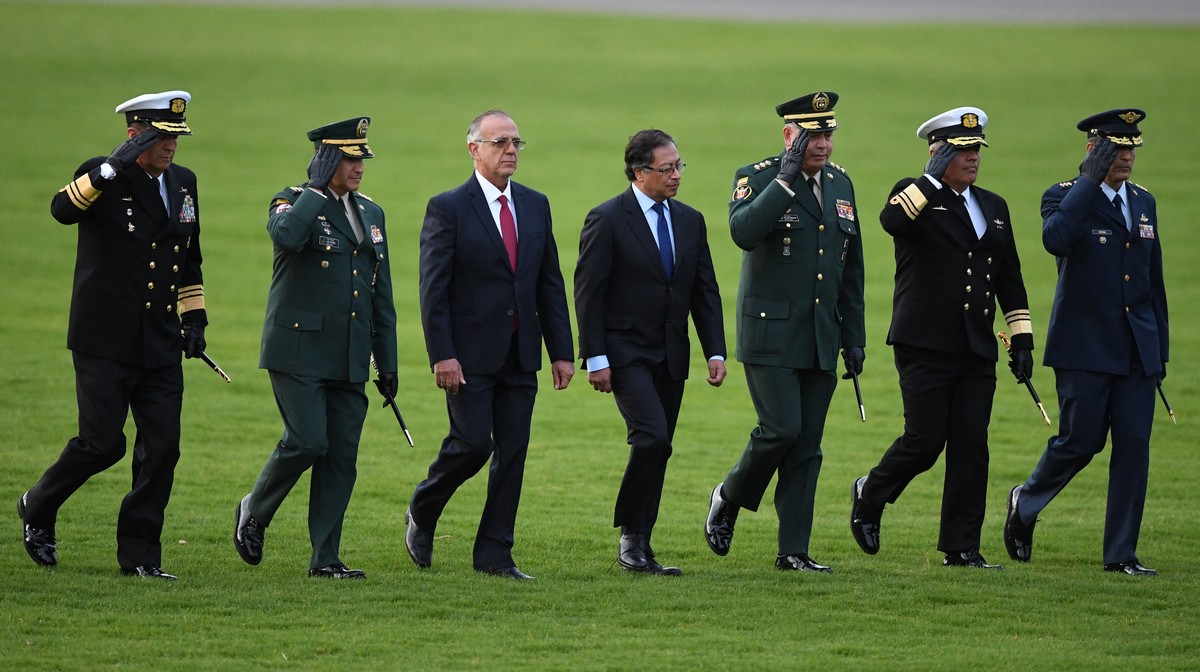 The newly sworn-in president of Colombia, Gustavo Petro, determined that the country’s military must be an “army of peace”.The statement was made during a ceremony in Bogotá on Saturday (20).

“It’s about changing the very concept. What is demanded by the Colombian people is an army that begins to prepare for peace, that ends, I hope if we succeed, as an army of peace,” Petro declared.

The speech was a change of direction for the country’s Armed Forceswho for the first time swore allegiance to a former guerrilla. Petro is Colombia’s first leftist president.

At the ceremony, the president received recognition as commander-in-chief of 228,000 soldiers and 172,000 police, which together form the largest armed forces on the continent after Brazil.

Petro also announced, on Saturday (20) the suspension of the arrest and extradition orders of the National Liberation Army (ELN) negotiators in Cuba.

The measure was a way to advance the peace process with the guerrillas. The next step should be the resumption of dialogue with the ELN, probably in Havana.

The president highlighted that the biggest challenge is to build the “fundamental pillars of a peace that becomes definitive”, after what he called “permanent violence” and “perpetual war”.

On the 12th of August, a few days after taking office, Petro appointed a new top of the Armed Forces, and with that, in an unprecedented way, anticipated the retirement of about thirty generals from the Army and Police.

Ceremony brought together a new summit of the Armed Forces of Colombia. — Photo: Daniel Munoz / AFP

The Colombian president stressed that the future “army of peace” will have to deal with threats such as organized crime related to drug trafficking.

In this sense, he once again highlighted the “failure” of the fight against drugs.

“As long as a wrong policy against drugs is maintained, Colombians will continue to kill each other. We have to press for global changes in the conception of the problem”, declared Gustavo Petro.

For decades, the United States has committed millions of dollars in training and equipment against drug trafficking and rebel groups.

Petro also called on the military to take care of the Amazon rainforest, considered a national security issue with the advance of deforestation and called on them to develop industry in the areas of air and river transport.

Previous You may be charging your iPhone the wrong way; see dangers
Next With a goal, America draws with Athletico and extends the undefeated series in Serie A