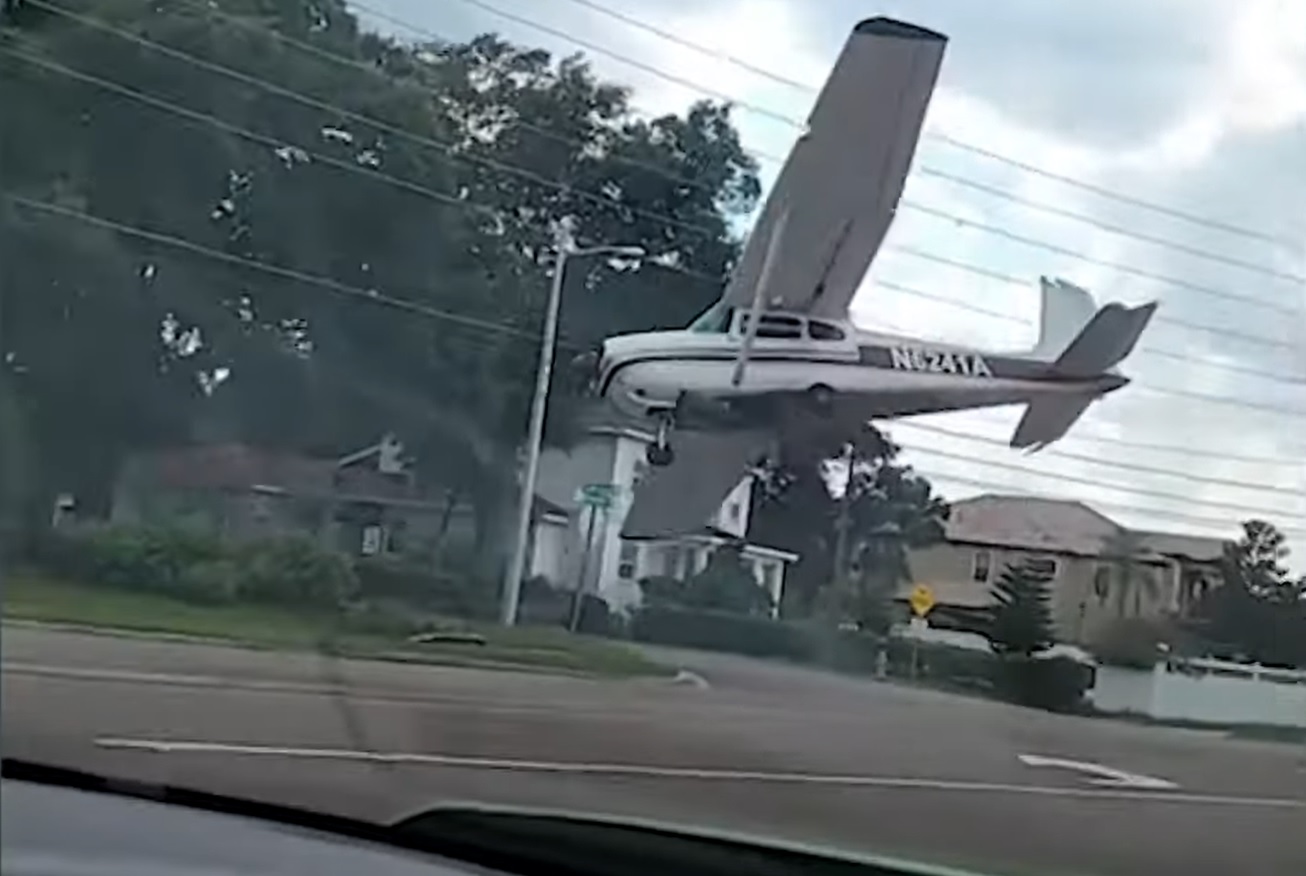 Plane crash recorded on video on an Orlando street

A single-engine plane crash on Friday, August 19, scared people walking along a street in the Orange County area of ​​Orlando, Florida.

As the following video, captured by a witness who was in a car a few meters from the crash, the plane was flying very low over the neighborhood until the pilot lost control a few seconds before reaching the ground.

As seen in the recording above, the plane is registered under registration N6241A. According to data from the Federal Aviation Administration (FAA) system of the United States, it is a Cessna 182.

Firefighters said the pilot suffered only minor injuries and did not need to be taken to hospital, and said that no one on the ground was injured.

The Cessna 182, built in 1956, is owned by Aerial Messages Leasing Company. Company president Remy Colin, 40, told News 6 the plane was on a post-maintenance flight at the time of the crash landing, citing engine failure as the cause.

The plane’s wings hit two palm trees during the crash, and the front of the plane caused minor damage to the entrance wall of a nearby house.