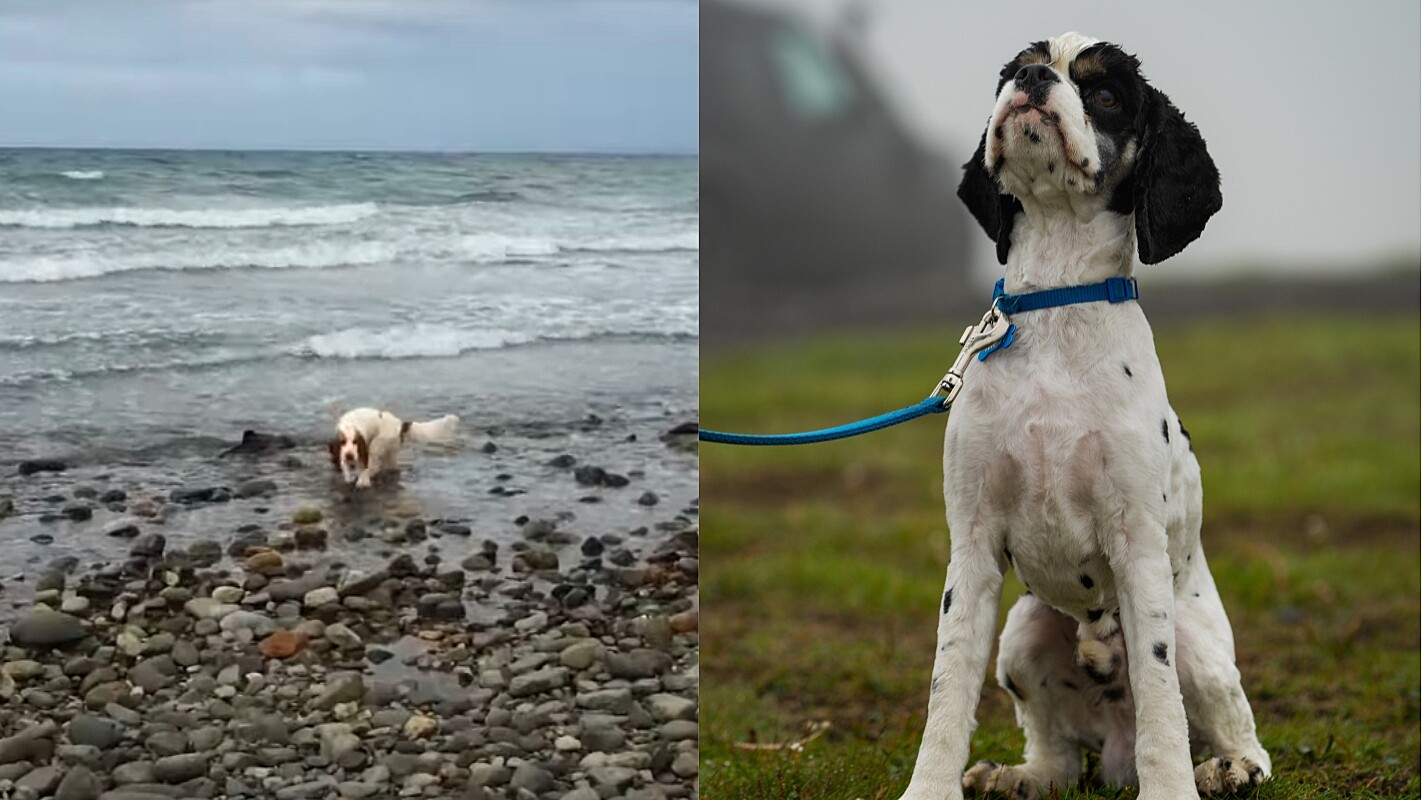 In 2015, on the beach in Criccieth, Wales, Rich Wilcoock decided to go for a walk with his dog Leia. The day was sunny and the views of Cardigan Bay and the mountains of Snowdonia and Mid Wales were worth seeing. That’s when Rich noticed a scene he’d never seen before, and he couldn’t believe what he was seeing.

As Rich walked along the shore, two-year-old Springer Spaniel, Leia, jumped to the water’s edge and with a bark, announced to her owner, who was distracted by pictures of the landscape, that something was wrong. .

The animal’s owner, went to meet him and described seeing something that resembled a “baby dolphin”, belly down and apparently in danger. Rich told the Daily Post, “I was taking pictures and videos of the scenery when Leia started making noise.”

“She kept coming up to me, barking and nudging me, she must have smelled the dolphin a mile away.

At first, Rich thought the animal could also be a baby shark. “On closer inspection I could see the hole in the top of its head and realized it was a dolphin.”

With no cell signal, so he could call a rescue, Rich took it upon himself to begin the task of returning the dolphin to its habitat. An example of human kindness and altruism.

Rich was determined to save the pup, and that was enough. After a false start or two, the calf – later identified as a baby porpoise – managed to swim away.

Rich later praised his dog Leia for being loyal to him and warning him about the stranded baby dolphin.

Just like the dog Leia, in July of this year, the dog Saul, helped to rescue his owner, 53 years old, as he says in a report on the news site G1.

The fact occurred in the United States, in the county of Nevada, according to the rescue teams of a non-profit organization, the border collie, Saul walked more than 180 meters to show the team where his guardian had suffered a fall of 20 meters, while took a walk through the park.

After suffering the fall, the man managed to call 911, reporting that he had broken his hip and some ribs, but the call was disconnected. It was then that rescuers contacted a friend of his, even so, the 25 rescuers could not find the man.

It was only when the dog Saul swung into action that his owner was able to be found and saved by the rescue team. Animals are really amazing aren’t they!

Do you know any other fascinating stories about pets? Then click on the link below and send us your agenda, it can become an exclusive article on our portal.

Submit a Story – Your PET can become a story on our website!