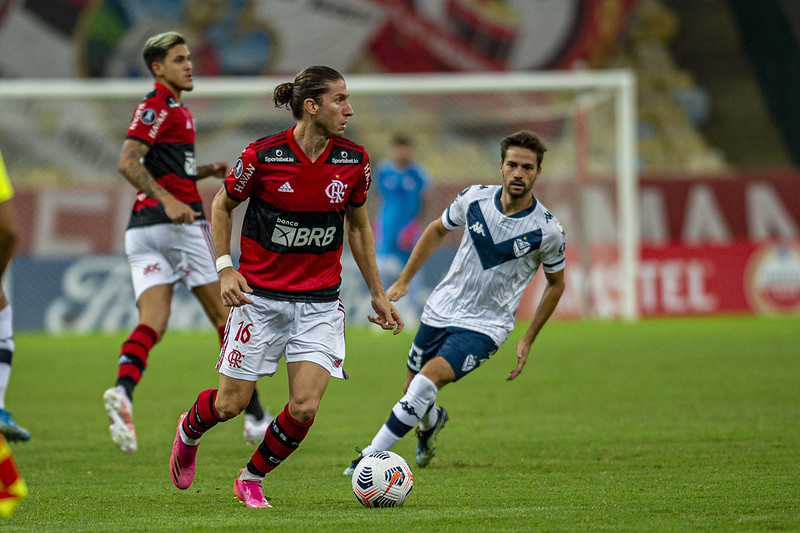 The Argentine Federation approved Vélez’s request to postpone the game and the Argentine team will have an important advantage against Flamengo in Libertadores. According to Olé, the game against Independiente, which would be the last before facing Rubro-Negro, will be played in September.

Claiming that the match against Independiente was “very close” to the date of the game against Flamengo, Vélez will now have nine days between the duel against Sarmiento, which takes place this Monday (22) and the first leg of Libetadores, scheduled for the next day 31.

The match that was postponed was scheduled for the 25th, that is, six days before the game between Vélez and Flamengo. By comparison, Mais Querido will have only three days from the duel against Botafogo (28th, for the Brasileirão) until the 31st, date scheduled for Vélez x Flamengo by Libertadores.

Also read: Maraca sold out: tickets sold out in advance for Flamengo vs Vélez

CONMEBOL decides to punish Argentines for confusion in the stands

Flamengo will face fewer fans than expected in Argentina. That’s because Vélez Sarsfield was punished by Conmebol for what happened in the match against Talleres, in the quarterfinals of the competition. Confusion in the stands happened and Talleres fans were attacked.

For this reason, CONMEBOL will allow the match to take place at the stadium, but with the condition of closing the south sector of the José Amalfitani stadium, known as ‘Sur Alta’. In other words, the place where Vélez’s main organized fans are located. However, there was no direct punishment for the fans and the members must stay in another part of the stadium.

But the punishment means 6,072 fewer fans in the stadium. The total capacity of the stadium is 49,540 spectators. That is, only 43,468 seats will be occupied. Therefore, Mengão will hear fewer voices in the stadium and, in a way, benefit from the situation with less Argentine pressure.

Dates of the semifinals between Flamengo and Vélez Sarsfield

Vélez will host Rubro-Negro on August 31, at 9:30 pm (Brasília time), for the first leg. The return is at Maracanã, on the holiday of September 7, at the same time as the departure. Flamengo eliminated Corinthians in the quarterfinals of the continental tournament.

On the other side of the bracket, Athletico and Palmeiras make the semifinal. This means that if Flamengo advances, Libertadores will have another Brazilian final, the third in a row.

Previous Futsal player dies at age 20, and colleagues are shocked to discover news during a game in SC; watch
Next Mbappé scores a great goal for PSG with 9 seconds into the game; Look