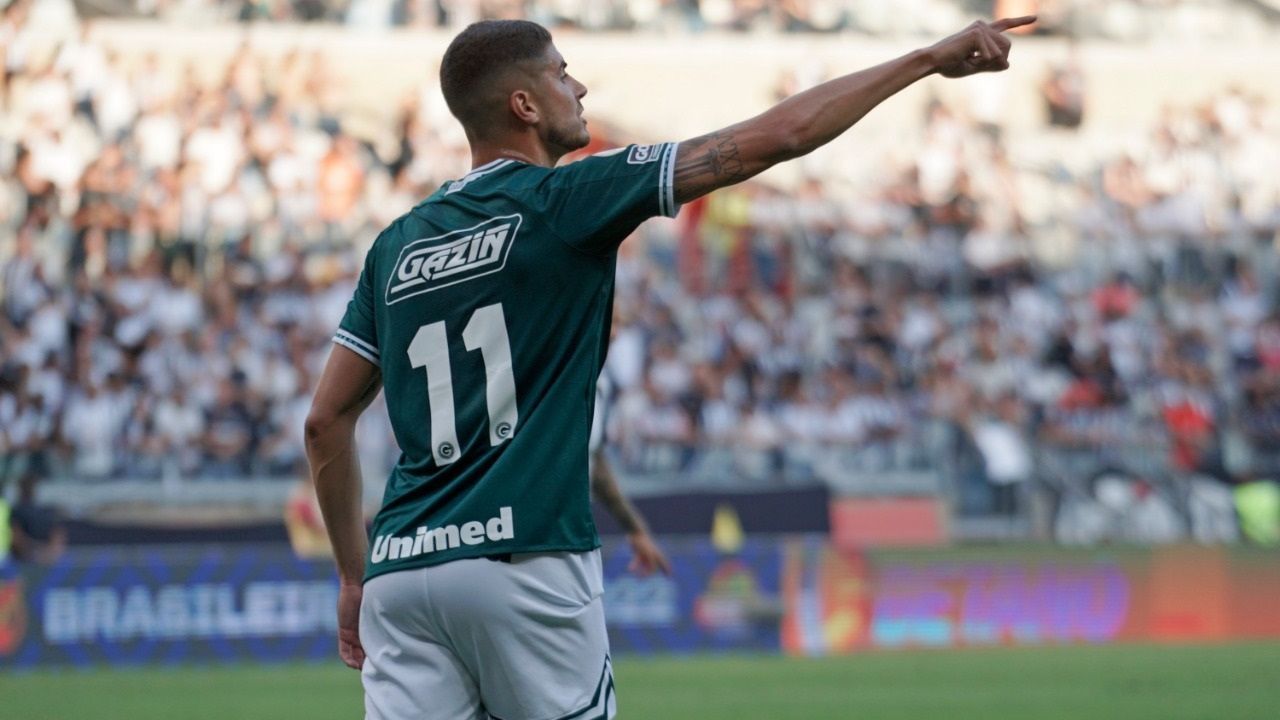 With boos from the crowd at Hulk, Pedro Raul scores, and Goiás defeats Atlético-MG in a crowded Mineirão

Even with Mineirão full, Atlético-MG could not overcome Goiás, this Saturday (20)

O Goiás went to Mineirão this Saturday (20th) and won the Atlético-MG 1-0, this Saturday (20), for the 23rd round of the Brazilian championship. The only goal was scored by Pedro Raul, in the second half. The defeat at home leaves Galo even further away from a recovery towards the G-4 of the competition. Esmeraldino goes to 29 points and distances itself from the last positions.

As expected, Atlético-MG started the match in Goiás’ attack field. The first big chance came in the 6th minute of the first half. After Arana’s cross, Keno went up alone in the small area, but stopped on Tadeu, who, on top of the line, saved Esmeraldino from suffering the first.

Unable to keep the ball, Goiás began to suffer even more with a certain suffocation from Atlético-MG. Zaracho, with a beautiful volley, hit Tadeu’s post, which nothing could have done in the bid. The creation of Galo implied that the Atletico goal could come out at any moment.

Tadeu, again with a strong header, made a good save right away. With the passage of time, the pressure of Atlético-MG began to decrease. With a little more tranquility, Goiás managed to rotate the ball in the attack field, but practically without threatening Everson’s goal.

With the match under control, Goiás went to the locker room with the feeling of ‘duty accomplished’, while Atlético-MG knew they needed to improve to beat their tough rival. Cuca took out Pavón, who did little, and put in Alan Kardec. The problem is that, in the second half, an individual failure put Esmeraldino ahead at Mineirão.

After stretching the ball from the left side of the attack, Mariano made a mistake and lost the ball to Vinícius. The striker revealed by Palmeiras only played to the middle of the area and the top scorer Pedro Raul scored 1 to 0. From then on, Atlético-MG was all pressure. Cuca pulled out the right-back and put Pedrinho on the field.

To give the Galo even more speed and mobility, Cuca took out Nacho Fernández and put Ademir on the field. At this time, Atlético-MG had a strong offensive block. On the other hand, Goiás had rare escapes from Vinícius on the right side, with Pedro Raul isolated among the defenders.

Without being able to really put pressure on Goiás, Cuca made another change and took out Hulk, booed by the crowd, for Eduardo Sasha to enter. In addition, Keno, who had a good performance, left the field for the entry of left-back Rubens. All this with just over ten minutes to go.

At the base of the muffler, Galo didn’t equalize by very close in Zaracho’s submission, on the second post, after a cross coming from the left side. The attacker finished out face to face with Tadeu.

Soon after, with Arana on the left, Kardec hit the crossbar after receiving a cross from the left. The pressure followed, but Goiás managed to resist practically with the ten names of line in the defense field.

Even under strong pressure, Esmeraldino managed to survive in Mineirão and won. After the final whistle, protests and boos from the nearly 32,000 athletics present in the stadium.

The Goiás striker unfolded along the sides of the field throughout the match. In addition to marking Mariano and being the escape valve, the striker was the one who gave the pass to Pedro Raul’s goal.

The right-back barely managed to go on the attack. With little offensive impetus, Mariano still made a blunder in the goal of Goiás.

Atlético-MG visits América-MG, in a classic next Sunday (28), at 4 pm, for the Brazilian Championship. Goiás faces Atlético-GO, on Saturday (27), at 4:30 pm, at home, for the same competition.

Previous Better than Sao Paulo? Mauro Beting polemicizes by appointing favorite for the Copa do Brasil
Next 5 news from Flamengo today that rocked (20/08)