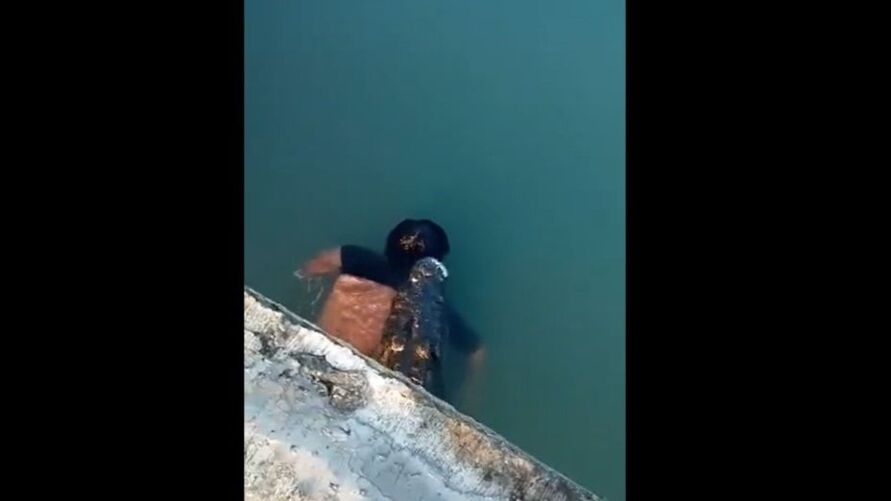 Crocodiles are considered dangerous as long as humans enter their habitat. Ferocious and relentless, they are opportunistic hunters and any animal that appears in their habitat is potential prey.

It is estimated that crocodiles kill about a thousand people each year. He is considered the tenth most dangerous animal in the world.

A man was killed by a 3.5-meter crocodile on Wednesday (17) in Laguna del Carpintero, in the city of Tampico, Mexico. The reptile was filmed in the water with the victim trapped in its mouth. The images are strong.

The victim is a man whose identity has not been revealed. He would have entered the water around 8 am, in front of the area where the construction of a Ferris wheel is located. Shortly after, he was attacked by the reptile.

According to the Mexican press, the emergency service located the crocodile and rescued the corpse. The rescuers’ work was hampered by the fact that the reptile had hidden the victim’s body in the sewer pipe.

The crocodile was later taken to the Fire Department facilities to perform an x-ray, in search of an arm of the victim.